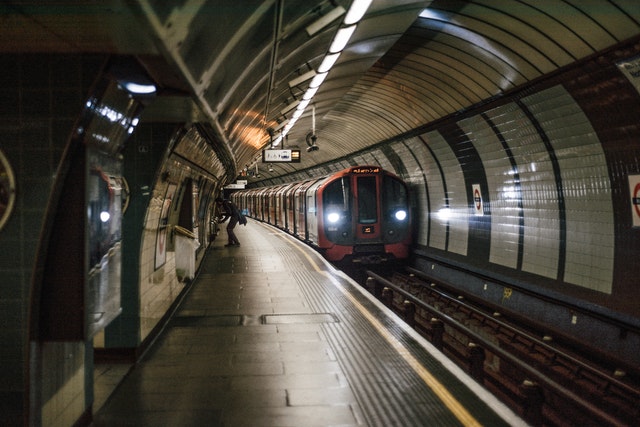 London Underground's cleaners have been left overstretched by cutbacks to staff numbers and do not receive the same pension provision as TfL colleagues, according to the RMT.

In a letter to The Guardian newspaper, the General Secretary of the National Union of Rail, Maritime and Transport Workers (RMT) Mick Cash has accused ABM UK, who holds the cleaning contract for the London Underground, of doubling their yearly profits at the expense of staff safety.

The letter states that cleaners on the London Underground do not receive the same pension provision as their Transport for London (TfL) counterparts and they are not entitled to free travel on the network they clean.

It also says that “their workloads have soared as the company has cut back their numbers every year since the contract began, leaving them desperately overstretched during the pandemic.”

Cash added: “Meanwhile, by shaving costs off the contract in this way, ABM has doubled its profits in the last year. This is no way to treat heroic workers who have been on the frontline of the fight against the virus. It’s not fair, and it’s toying with the safety of the tube.”

John McPherson, ABM UK's Managing Director told ThisWeekinFM in a statement: "Our priority is always to provide a clean and safe underground network for our team and commuters.

McPherson also denies that there have been any cut backs to staff numbers:

"Since the pandemic began, we have been working closely with TfL to deliver a comprehensive cleaning and disinfectant programme that goes beyond normal cleaning procedures. As a result of this approach, there have been no job losses during the pandemic."

"London underground cleaning is outsourced to a company called ABM. The cleaners do not receive the same pension provision as their Transport for London counterparts and they are not entitled to free travel on the network they clean. Their workloads have soared as the company has cut back their numbers every year since the contract began, leaving them desperately overstretched during the pandemic."

Cash is urging Sadiq Khan to bring this contract in-house, when it comes up in 2022.

It is one of six facilities management contracts that have been consolidated from 50 as part of TfL's work to deliver the mayor's plans to improve public transport whilst reducing day-to-day operating costs and delivering the best possible value for money.

In a TfL press release at the time of the announcement, it was revealed that the new contract included a commitment to pay employees the London Living Wage as well as a reduction in the number of agency workers throughout the lifetime of the contract.

"Our priority is always to provide a clean and safe underground network for our team and commuters. Since the pandemic began, we have been working closely with TfL to deliver a comprehensive cleaning and disinfectant programme that goes beyond normal cleaning procedures. As a result of this approach, there have been no job losses during the pandemic."

ABM UK is a subsidiary of ABM, a leading provider of facility solutions with revenues of approximately $5.5 billion and over 130,000 employees in 350+ offices throughout the United States and various international locations.

Picture: a photograph of the interior of a London Underground station