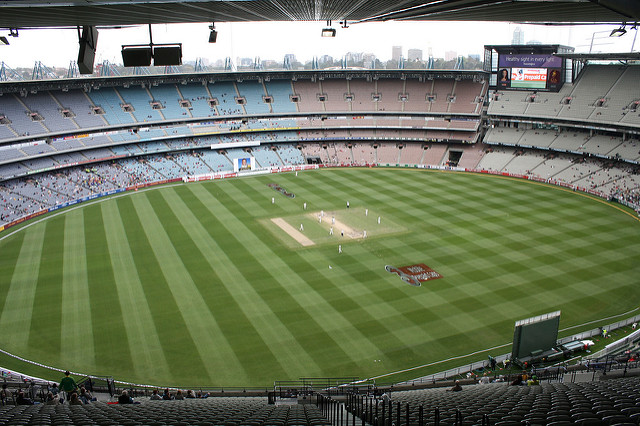 ISS Facility Services Australia was snared in a surprise night-time visit to the Melbourne Cricket Ground by Fair Work Ombudsman inspectors to investigate exploitation of overseas workers in the venue’s supply-chain for cleaning staff. This has led to a $132,217 penalty against the Australian arm of a global FM company.

ISS Facility Services Australia holds a contract to provide a variety of cleaning services at the MCG and is part of the ISS Group, which has operations in more than 50 countries.

The penalty, applied by the Federal Circuit Court, is a result of the Fair Work Ombudsman taking legal action after its investigation discovered 11 overseas workers were underpaid $37,471 for cleaning work at the MCG after Australian Football League (which are also played in the stadium) matches in 2014.

Given ISS was not the direct employer of the 11 exploited cleaners, the Fair Work Ombudsman used accessorial liability laws to hold ISS lawfully accountable for its part in the workers being underpaid.

The 11 cleaners were employed by First Group of Companies Pty Ltd, a now deregistered company ISS had subcontracted between 2009 and 2014 to provide post-event cleaning services at the MCG.

The Fair Work Ombudsman commenced its investigation into the MCG’s supply chain for cleaning staff in 2014 in response to media reports and intelligence suggesting significant compliance issues.

A key part of the investigation was a team of six Fair Work inspectors making a surprise visit to the MCG after the AFL preliminary final between Hawthorn and Port Adelaide in September 2014 to speak to cleaners.

Once inspectors made cleaners aware of their presence and the purpose of the visit, the workers inundated inspectors with their desire to tell their stories.

The inspectors spoke to about 44 cleaners between about 9:00pm and just after midnight.

The workers were mostly international students from India, the Philippines, Colombia and Brazil. Many said they had obtained work at the MCG through word-of-mouth and friends.

First Group of Companies had engaged the cleaners under sham contracts, treating them as independent contractors despite their correct lawful classification as employees.

The investigation discovered cleaners were paid flat rates of between $18 and $25 an hour to clean after AFL matches.

The rates failed to meet minimum pay and entitlements under the Cleaning Industry Award 2010, including base hourly rates, casual loading, penalty rates, overtime and allowances.

Under the award, the workers were entitled to rates of between $18 and $46 for some shifts.

The 11 workers who were the subject of the legal action were underpaid individual amounts ranging from $276 to $7,272 over a five-month period in 2014.

Fair Work Ombudsman Natalie James says the significant penalties handed down should serve as a wake-up call to any head contractors who think they can turn a blind eye to non-compliance by the subcontractors they engage. she said: “The Fair Work Ombudsman has been warning businesses for years: you can’t turn a blind eye to exploitation of contracted workers in your labour supply chains.”

“This case provides a clear example of what can happen if you fail to actively manage your contractors in high risk sectors. The Fair Work Ombudsman will hold-to-account all those involved in exploitation, from head contractors down, and they risk serious consequences if they fail to take steps to ensure that all subcontractors in the supply chain treat workers lawfully.

“These responsibilities start with the procurement process. Price driven procurement that disregards the cost of wages and the dynamics in the market is a recipe for exploitation of vulnerable workers."

In Court, ISS submitted that it had been a third party to the underpayments. However, Judge Suzanne Jones said that 'in light of the admissions' made by ISS: "It is simply incorrect to describe ISS as a 'third party', if the use of that word is designed to minimise or reduce ISS's responsibility for its involvement in the contraventions.”

Judge Jones also imposed penalties of $17,926 against each of the former owner-operators of First Group of Companies – Sharad Patel and Sidarth Luthra – for their involvement in sham contracting, frequency of pay and pay slip contraventions by their company.

The penalties take total penalties secured by the Fair Work Ombudsman in the case to $168,070.

First Group of Companies rectified the underpayments in full before it was deregistered.

Picture: ISS' reputation is again in the Ashes.

MRI Software is to acquire Melbourne-based Box+Dice, adding to its PropTech portfolio. The purchase is a move to help enable real estate businesses to...

500 Collins Street, a 48-year-old office tower in Melbourne, has been certified as a WELL Core Platinum Certified space, the first existing building in...

A rail provider in Melbourne is facing accusations of planning to sabotage trials of Zoono’s antimicrobial products, discovered via a series of tapped phone...