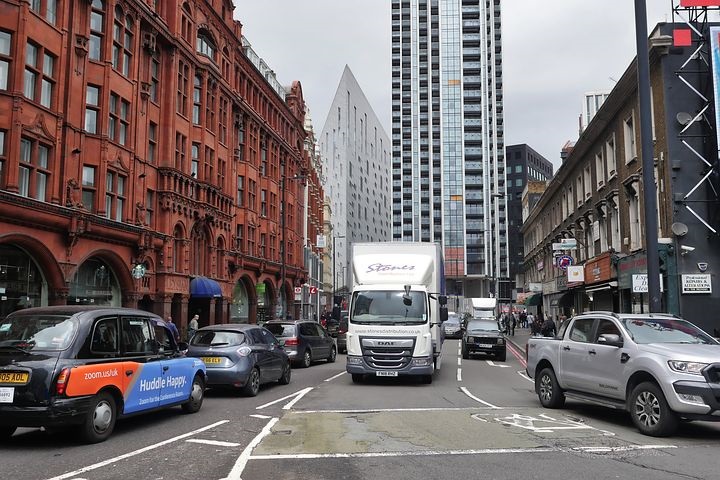 London (227 hours lost due to congestion) and Birmingham (165 hours) ranked as the two most congested according to the Inrix Global Traffic Scorecard.

“Congestion costs Brits billions of pounds each year. Unaddressed, it will continue to have serious consequences for national and local economies, businesses and citizens in the years to come,” said Trevor Reed, transportation analyst at Inrix. “In order to avoid traffic congestion becoming a further drain on the economy, it is increasingly obvious that authorities need to adapt. With the help of new and innovative intelligent transportation solutions, we can begin to tackle the mobility issues we face today.”

The A406 from Chiswick Roundabout to Hanger Lane tops the Inrix list of worst corridors in the UK with the average driver wasting 61 hours per year in congestion. The A23, the Strand in London and Leeds Road and the A34 in Birmingham make up the Top 5.

At the global level, Moscow topped the list of the world’s most gridlocked cities (210 hours lost due to congestion), followed by Istanbul, Bogota, Mexico City and São Paulo. The dominance of Latin American cities should not be a surprise due to their rapid urbanisation, high levels of informal settlements, unforgiving topographies and financial volatility.

London was the only UK city in the Top 10 most congested cited in the world.

According to Inrix, good data is the first step in tackling congestion. Applying big data to create intelligent transportation systems is key to solving urban mobility problems. Inrix data and analytics on traffic, parking and population movement help city planners and engineers make data-based decisions to prioritise spending in order to maximise benefits and reduce costs now and for the future.

Commenting on the report, Glynn Barton, Director of Network Management at TfL, told ThisWeekinFM: “We are taking bold action to reduce congestion and improve London’s poor air quality. This includes removing the Congestion Charge exemption for private hire vehicles and reducing the time taken to clear up unplanned incidents, ensuring that roadworks by utilities companies and others are better coordinated. We are also working with the freight industry to encourage more efficient deliveries across the capital.”

Picture: Drivers in the UK lost an average of 178 hours a year due to congestion.