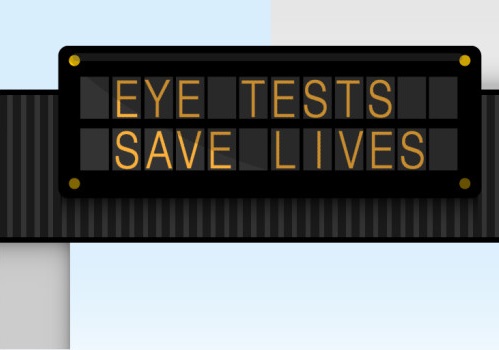 Amid an increase in road deaths and declining eye tests in the UK, a new initiative is highlighting the importance of sight to motorists to help them safeguard their licences and improve road safety.

In a collaboration between national optician Vision Express and insurer Aviva drivers can now claim a free eye test by downloading a voucher, which can be redeemed at any of the 390-plus Vision Express stores across the UK.

The offer is available to Aviva customers and non-customers alike when they register for free with the insurer’s MyAviva system, which can be accessed online or through an app.

The initiative follows Department for Transport figures showing 1,780 road deaths in the UK, representing a 3% increase from 2014 to 2015. Furthermore, a Freedom of Information request reveals that last year alone 9,034 licences were revoked from car and motorcycle (Class 1) drivers citing vision as a factor.

Worryingly, this comes as the NHS reports the lowest number of eye tests in the lifetime of its annual ophthalmic summary, dating back to 2002/03.

Jonathan Lawson, Vision Express CEO, said: “As Cassie’s Law (Cassie’s Law was introduced in 2013 following the death of a 16-year-old due to a driver with impaired vision) has given authorities greater powers to revoke driving licences due to concerns about standards of vision, so it’s never been more important to know that your sight is up to scratch. A sight test is recommended at least every two years, yet only around half of adults visit an optician every five years, with 8% never having had a sight test. That’s around 4 million people in the UK - and it’s alarming that many of these will be getting behind the wheel on a regular basis.

“For most people the only mandatory vision check is when they read a registration plate from 20 metres as part of a driving test and the majority of drivers pass their test aged under 20. Crucially, we know that changes in eyesight can be gradual and it’s possible to lose up to 40% of your vision before noticing it. That’s why this collaboration with Aviva, offering free regular eye tests, is an important step to safer motoring.”

Lindsay Forster, for Aviva, said: “Research shows that 37% of people put off having a sight check due to cost concern so we hope people will take advantage of the free test and together we can put eye health at the top of the drive safer agenda.”

Picture: Time to pull off and then have an eye test