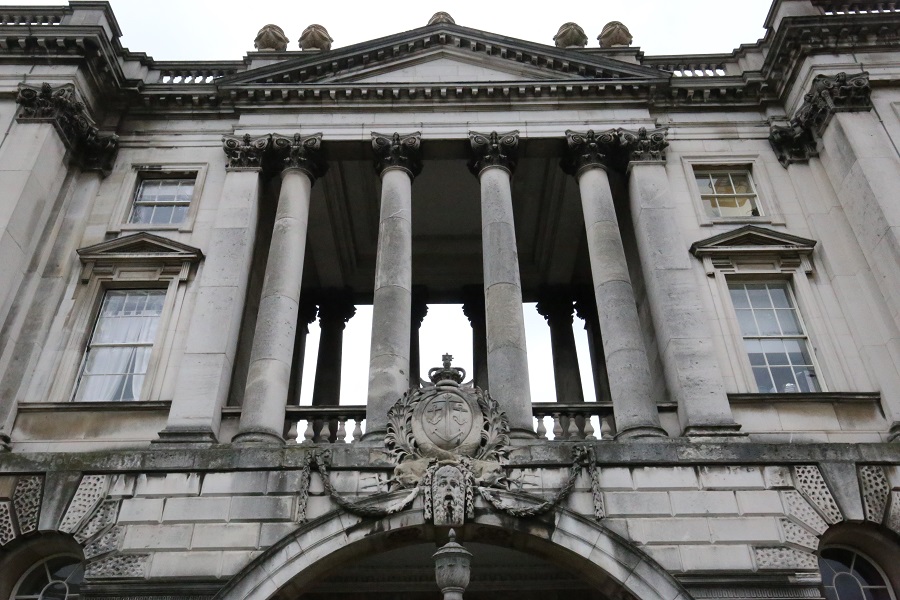 Somerset House, one of London’s most impressive Neoclassical buildings, has had its stonework and façade meticulously restored by Thomann-Hanry®.

As a highly sought-after venue for summer event hire, it was necessary for works to take place during the winter which, as it turned out, included three massive storms.

Thomann-Hanry® are a London-based world-leading façade cleaners who specialise in the restoration of stonework.

“We always have to look at new technologies, especially in the conservation world. Façade gommage® is different from the traditional methods and I think it’s very important, like the rest of the world, that we do move onto new technologies.”

Somerset House was originally designed as one of London’s first public buildings to exclusively house government and educational institutions, such as the Royal Academy and the Society of Antiquaries.

Today, this iconic landmark is an important creative hub – and home to some of the city’s most celebrated names in the arts, from the National Youth Orchestra and the British Fashion Council to the Courtauld Gallery and Institute.

The works took place during the winter, which included three storms. Under such inclement conditions, the advantages of façade gommage® being a non-scaffold system were even more self-evident than usual. 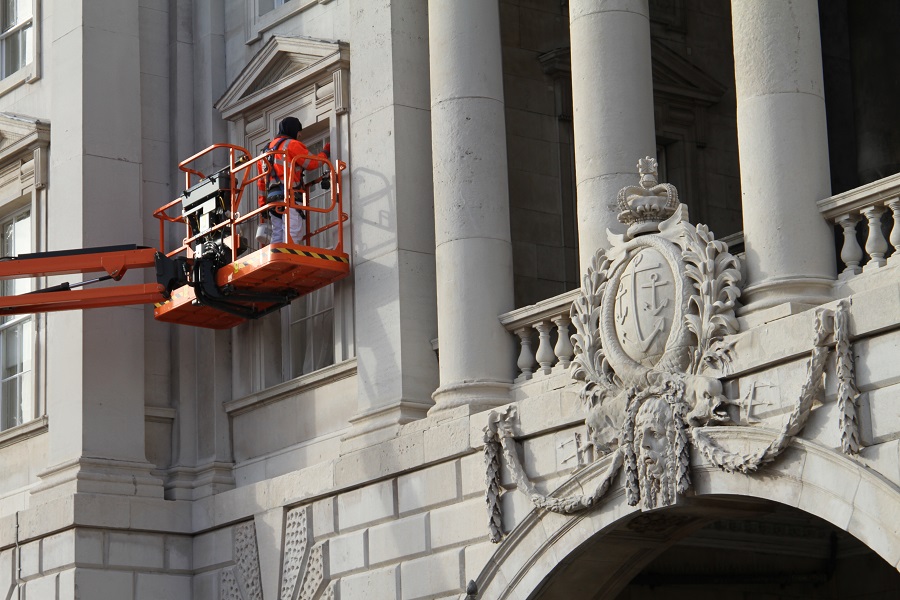 Moreover, the non-scaffold approach was also key in the decision to appoint Thomann-Hanry® to undertake the works, as Mick Figg, Somerset House Head of Buildings explained:

“…not having to use scaffold on the building really influenced our decision to go with Thomann-Hanry®. It makes the works really flexible compared to having a big scaffold.”

Figg went on to point out that the innovative approach offered by the façade gommage® process was another important factor, “We always have to look at new technologies, especially in the conservation world. Façade gommage® is different from the traditional methods and I think it’s very important, like the rest of the world, that we do move onto new technologies.”

Entailing façade gommage® of the entire elevation, the cleaning phase of the project took place over some 12 weeks from late autumn into the early new year. Carried out from mobile hydraulic platforms, the company’s patented process is suited to the delicate restoration of historical structures.

As all machinery had to be lifted from ground to terrace level, setting up for the project presented a series of interesting logistical challenges..

Once the façade gommage® works were complete, attention turned to repair and redecoration of Somerset House’s imposing windows, characterised by monumental pediments and straight heads. The company’s team of painters, decorators, stoneworkers and banker masons carried out meticulous repair and replacement work on all window, façade and baluster masonry.

Thomann-Hanry® are scheduled to return later in the year to complete the process, including cleaning and restoration works on the ground floor area of the building.

Picture: Somerset House, one of London’s most impressive Neoclassical buildings, has had its stonework and façade meticulously restored by Thomann-Hanry®.

Wyndham’s, the Gielgud and the Prince of Wales, three evocative names synonymous with the glamour and prestige of London’s theatreland, have all recently...