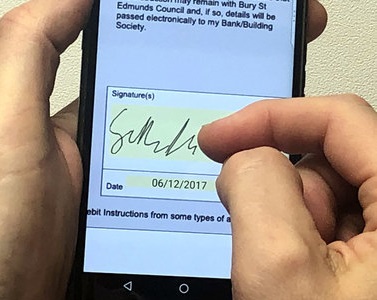 A new piece of software enables anyone to create permanent online forms without technical training says the developer.

VF Creator, from eForm provider, Victoria Forms, enables anyone to design and customise forms within Microsoft Word before the new software converts them into professional-looking online forms. This means that anyone in any department can now create online forms without having to learn how to use specialist eForms software, says the company which claims public and private organisations are still awash with forms in paper, PDF or Word format.

“In today’s digital society, there is an expectation that all forms can be completed online, at any time, through multiple devices including smartphones. Paper (or PDF-style) forms are easy to create but are expensive to administer and they create a negative impression of a company for customers, potential employees and existing staff."

Bayne continued: "Until now, creating online forms has been a time-intensive and expensive process. Traditionally, online forms required either an IT specialist or a third party to carry out the eForms design work. This can be very expensive and time consuming, especially for organisations that need to produce a lot of different forms, who have to make regular amendments, or who have limited in-house IT expertise and support.

"VF Creator eForms can be accessed by users 24/7 and there is no need for printing or posting. The VF Creator eForms helps and guides the user through the form, intelligently switching sections on or off depending on relevancy, making it much easier to fill in. The eForm also checks itself for errors, ensuring high quality data the first time around, reducing administration time.

"Users can sign forms on screen, make the process 100 per cent paper free. The software can also be integrated with back-office systems, getting rid of the need for re-keying information by staff.

“As it is an extension to Microsoft Word, VF Creator can be used by anyone with very little guidance or training."

Picture: Creating a form to be viewed on a smartphone has become simpler and far less expensive says Duncan Bayne

Keeping Track Of Workers On the Go

Ezitracker, the provider of workforce management solutions, has formed a strategic partnership with UTS Fleet, a camera, software and tracking specialist for business...