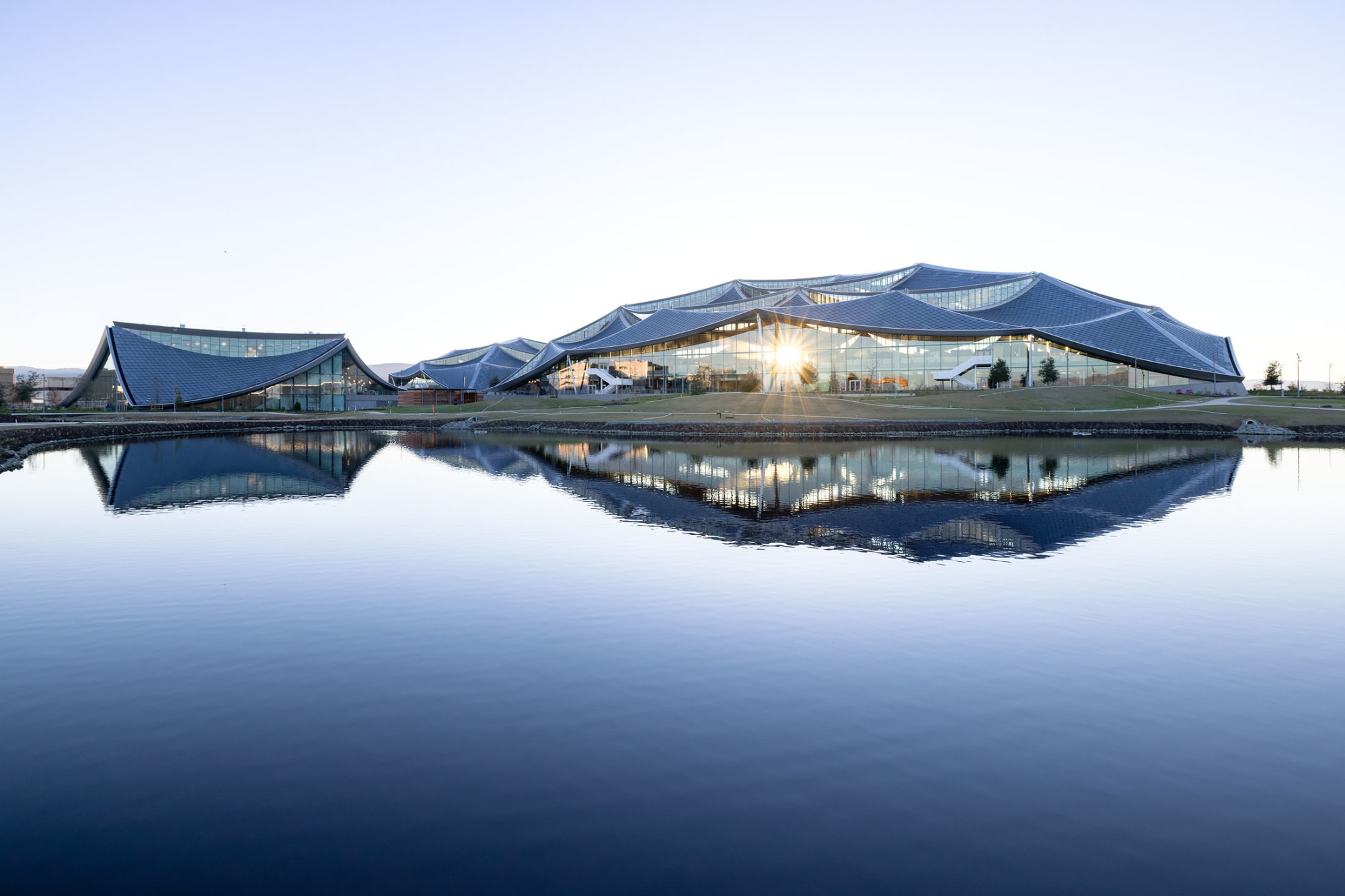 Google has announced the unveiling of its new office campus in Silicon Valley, the Bay View Campus.

The site is expected to achieve a LEED- NC v4 Platinum certification and become the largest facility ever to attain the International Living Future Institute (ILFI) LBC Water Petal Certification.

“The idea of the ‘office’ has been stuck for a long time. Yes, people have done different aesthetic treatments. But there hasn’t been a fundamental questioning of the workplace at this scale. Our approach has centred on the emotions of individuals and the imaginations of teams and how you create a whole different atmosphere of work,” said Thomas Heatherwick, Founder and Design Director at Heatherwick Studio.

A Desk With a View

The interior of the office is designed to complement hybrid working, and the building’s role as a place for both collaboration and deep focus work.

Team spaces are on the upper level and gathering spaces are below, separating focus and collaborative areas while still providing easy access to both. The second-floor design has variation in floorplates to give teams a designated “neighbourhood” area that is highly flexible to change with their needs.

Using biophilic design principles, each desk has a view of the 7.3 acres of high-value natural areas – including wet meadows, woodlands, and marsh. Clerestory windows modulate direct light onto desks with automated window shades that open and close over the course of the day.

To create the healthiest environment possible, the project team vetted thousands of building products and materials — everything from carpet tiles, paints, piping, plywood and furniture were evaluated using the Living Building Challenge (LBC) Red List as a framework.

Picture: a photograph of the interior of the campus, showing desk areas and the vast high ceilings. Image Credit: Iwan Baan

The building’s ventilation system uses 100 per cent outside air. This means air flows one way, so there is no recycled air.

Nine pieces of artwork from local Bay Area artists are on and around the nine massive two-story elevators. Not only do they depict Bay Area ecology scenes, but they also help with wayfinding in the building.

Picture: a photograph of the exterior of the campus. Image Credit: Iwan Baan

The integrated geothermal pile system, which is the largest in North America, is estimated to reduce carbon emissions by roughly 50 per cent and will help both heat and cool the campus. The massive geo-exchange field is integrated into the structural system, reducing the amount of water typically used for cooling by 90 per cent, equal to five million gallons of water annually.

Picture: a photograph of the interior of the campus, showing the mezzanine level. Image Credit: Iwan Baan

Local residents can also benefit from the opening of the Bay View campus, including public access to expanded trails with panoramic views of the Bay, improved bike connections to Stevens Creek and Bay trails, and expanded car lanes and new bike lanes with the widening of R.T. Jones Road.

Picture: a photograph of the exterior of the campus. Image Credit: Iwan Baan