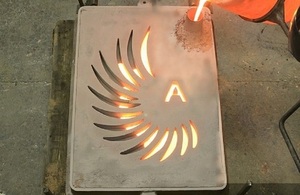 The theme of the 12th annual National Apprenticeship Week - 4 to 8 March - is Blaze a Trail. The week highlighted the benefits of apprenticeships to employers, individuals, local communities and the economy.

As in previous years NAW2019 sees a range of activities and events being hosted across the country.

The Government wants to change the perceptions people have on what an apprenticeship is and who takes them up to encourage people (and employers) of all ages and backgrounds to take up the opportunity.

The week will also show the number of high quality apprenticeships opportunities available at all levels around the country in a huge variety of sectors such as aviation engineering, finance and policing.

Apprenticeships and Skills Minister Anne Milton said: "Blazing a trail is what being an apprentice is all about isour theme for National Apprenticeship Week 2019. Because that’s what’s happening up and down the country – apprentices and employers blazing a trail.

"I want everyone to recognise the change that apprenticeships can bring - for employers blazing a trail to new markets, apprentices to new career opportunities and for colleges and training providers raising the skills levels for everyone."

Keith Smith, director, Education and Skills Funding Agency said: "I think the 12th annual National Apprenticeship Week will turn out to be the biggest and most successful, yet."

National Apprenticeship Week 2018 was record-breaking, with 780 events taking place across England. The ambition of delivering a 10,000 talks movement - #10kTalks - to inspire the next generation of apprentices was exceeded, reaching over 33,500 people in over 300 schools across the country.

A further 130 schools hosted teacher-to-teacher talks, reaching an additional 2,300 adults, to support them to talk to their students about apprenticeships. The Big Assembly reached 20,000 young people with a live video stream, showcasing apprentices and employers sharing their apprenticeships stories.

The date of the 12th annual National Apprenticeship Week - to take place in 2019 – has been announced and will run from 4 to 8 March 2019. Following the most...