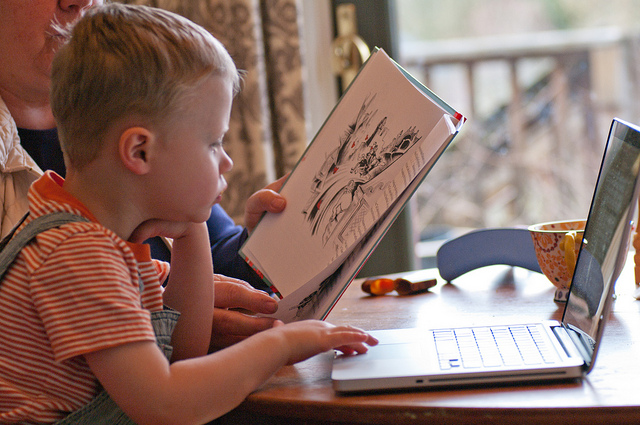 What can a Gen Z apprentice bring to your business? And what exactly is a Gen Z? We've got a definition and a few ideas on what the benefits can be.

You’ll be forgiven for thinking that young people these days are Millenials. This common term seems to be thrown around whenever people are describing or complaining, about the youth of today.

In fact, Millenials were born between 1981 and 1994, meaning they are currently 22-37 years of age. This makes Gen Z, those born after 1995, the workforce of tomorrow, so it’s important you know who they are and what drives them.

We’ve put together a list of Gen Z behaviour to help you understand how they can support your business as an apprentice, so there’s no need to worry if you don’t know whose Instagram is lit or what on earth ‘yeet’ means.

Whereas Millenials grew up in the digital age, Gen Z were born into it. What was a learning curve of new technology for their parents has become second nature to them. It might be tempting to bellyache about them being glued to their smartphones but what this has resulted is a whole generation who can easily wrap their heads around new technology.

For industries that are heavily rooted in computing or digital technologies, this allows apprentices to integrate into their role effortlessly. Just make sure you have quick WiFi!

When kids have grown up using Facebook, Twitter, WhatsApp and Instagram (sometimes at the same time), is it any surprise that they are skilled at multitasking?

Whether they are posting, commenting or swiping, Gen Z have adapted to using multiple platforms simultaneously. This ingrained skill is adaptable to almost any work environment, meaning you’ll have no trouble putting this to good use.

Gen Z are constantly absorbing information, often at the blink of an eye. Spending their youth surrounded by Apps such as Snapchat and Vine has made receiving constant updates the norm, which has ultimately stunted their attention spans.

Although your office meetings are unlikely to last less than ten seconds, this doesn’t mean they won’t take anything in. As they’re accustomed to receiving a barrage of updates, Gen Z have a knack for processing information faster than other generations and are highly adaptable to change.

So, whereas a 40-year old from Accounting may not like the new operating system, a Gen Z apprentice will learn it inside out.

Gen Z have grown up in a world of innovation, full of developing technology and connected to every corner of the globe. They’ve seen what’s possible and want a piece of the action for themselves.

This has resulted in a generation of young adults who are starting their careers with an entrepreneurial head on their shoulders.

What this all means for your business

Whether it’s drones on construction sites, virtual reality in healthcare or artificial intelligence in business management, technology is constantly evolving and is always finding new foot-holes across industries. By employing a team that are used to innovation, you’ll be ensuring that your business can keep up with modern changes.

Ryan Latham works for 3B Training

The theme of the 12th annual National Apprenticeship Week - 4 to 8 March - is Blaze a Trail. The week highlighted the benefits of apprenticeships to employers,...

CAFM Must Die - Cloud Claims Death-knell Is Upon Us

In real life, people are not good at recording accurate data for CAFM systems - and so those systems do not deliver the benefits they should. This was the opinion...

The date of the 12th annual National Apprenticeship Week - to take place in 2019 – has been announced and will run from 4 to 8 March 2019. Following the most...