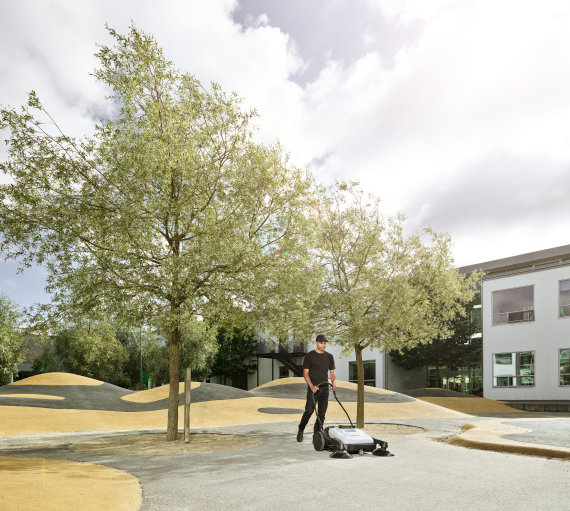 Nilfisk, the international cleaning equipment suppliers, has joined the Science Based Targets initiative and committed to reduce their carbon footprint by 35 per cent before 2030.

Over the past years, Nilfisk has mapped their full carbon footprint, with the goal of setting measurable and ambitious climate-impact goals.

The Science Based Targets initiative (SBTi) is the only global initiative that directly links a company’s carbon-emission targets to the Paris Agreement and associated global efforts, in order to keep the rise in global temperature below 1.5°C.

Nilfisk is committed to reducing its carbon footprint resulting from direct emissions, as well as emissions from purchased electricity, by at least 35% before 2030, compared to its 2018 baseline.

“Part of being a responsible company, with employees in more than 40 countries worldwide and solutions being used in over 100 countries, is to acknowledge the impact we have on our planet."

The SBTi supports companies in establishing greenhouse-gas reduction targets, based on the latest climate-science knowledge and the goals of the Paris Agreement. As such, Nilfisk’s climate targets are aligned with the Intergovernmental Panel on Climate Change’s mitigation pathway and science-based calculation methods.

"We have taken on a commitment that is scientifically based and binding, because it is important to us that we approach this in a responsible way. One step at a time, we want to do our part in making a change for the better,” continued Lund.

Nilfisk has worked intensively to collect data from its markets and supply chain, in order to establish a climate-footprint baseline. Based on the data collected, Nilfisk has set global targets for greenhouse-gas emissions in accordance with SBTi guidelines.

“For Nilfisk a 35% reduction by 2030 is ambitious and it will have a great impact on how we run our company. We believe our commitment to the Science Based Targets initiative can drive our efforts to turn climate risks into business opportunities," said Lund. "Examples include pushing innovation within our product portfolio and engaging with suppliers on their climate performance in the coming years.”

Picture: Nilfisk is going even further in their attempts to clean up on their environmental performance.