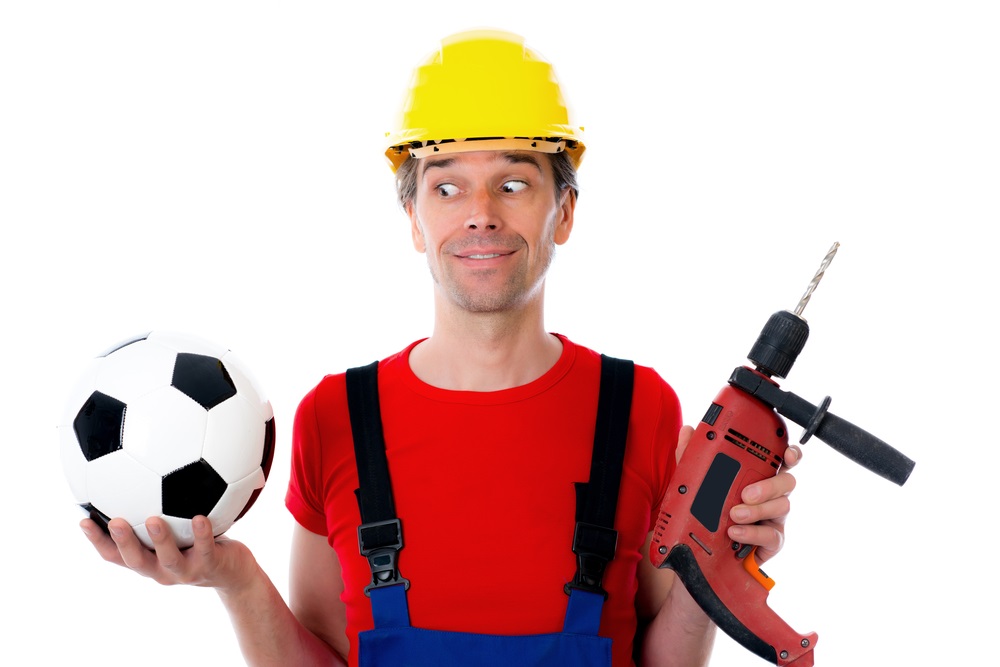 Tradespeople have shaken off an awful stereotype by choosing work over World Cup with a recent survey busting the myth.

For years, tradespeople have been tarnished with the reputation for prioritising football over work. Many members of the public see them as being a bit too eager to down tools and head to the nearest big screen.

However, recent research among tradespeople busts this myth.

Online trade supplier, IronmongeryDirect, has run a series of polls to find out more about tradespeople’s attitude to work during the World Cup. Many participants, including builders, carpenters and joiners, are currently planning when and where they will be watching their team – but outside of work.

According to a poll of more than 1,000 IronmongeryDirect customers, over 75% of tradespeople claimed they would never consider skipping work to watch their team.

However, if they were to ‘pull a sickie’ to watch an important match, tradespeople gave some of their best excuses, with the more elaborate ones including:

Some of the more convincing examples included:

Employers are recognising that the World Cup is important to many of their staff. Many responded to the polls saying they would be more than happy to be flexible by offering them time off. One respondent stated: “As the boss, I always give my team the time off. It also saves them giving me the daft excuses!”

The research also revealed ongoing optimism among tradespeople, with more than half believing England will make it to the Quarter Finals. Also, half of those polled (49%) said they would give up alcohol for good to see England win the tournament.

Andy Wood, football enthusiast and Marketing Director of IronmongeryDirect, said: “The World Cup is an exciting time for many of us - tradespeople are no exception. We wanted to find out how our customers were preparing for the year’s biggest sporting event. The research was carried out in the name of fun but it was great to see results challenging the outdated stereotype of contractors and other trades professionals neglecting their jobs for football! Tradespeople in Britain work hard, and we hope they enjoy watching World Cup 2018.”

Football is not coming home and the nation’s footballing celebrations have caused millions of pounds worth of extra waste to be created. Research by the...

Martin O'Neill from Klipboard summarises the biggest challenges faced by field service workers in 2021. Many field service businesses are turning to technology to...