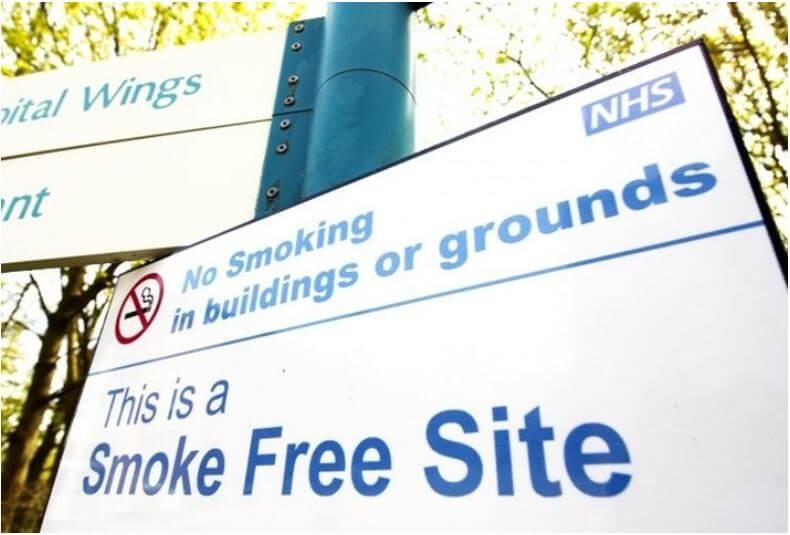 Public Health England has called on all NHS trusts to ban smoking on hospital grounds. "It cannot be right that it is more acceptable to smoke at the front door of a hospital than it is outside a pub," CEO Duncan Selbie said.

About 31 per cent of trusts still allow smoking. Conversely, a Public Health England (PHE) survey has found that of NHS trusts in England, only just over two-thirds (69%) prohibit smoking on their sites.

The survey was carried out as part of PHE’s Smokefree NHS campaign, which encourages all hospitals to provide smokefree environments as part of supporting smokers to quit and reducing tobacco harm. The NHS Five Year Forward View included a commitment for all trusts to have fully smokefree sites by spring 2020.

Duncan Selbie continued: "One in four hospital beds are occupied by a smoker - and most of them want to quit. Many patients or visitors will be going through difficult times, yet smoking remains England’s biggest preventable killer and it is time for the NHS to stop smoking within its hospital grounds, everywhere."

As well as encouraging trusts to prohibit smoking on site, the Smokefree NHS campaign calls for all patients who smoke to be offered quitting support. The NHS Long Term Plan, published in January 2019, commits to offering NHS funded tobacco treatment services to all inpatients who smoke, regardless of why they are in hospital, by 2023 to 2024.

Some NHS trusts reported that implementing policies on e-cigarette use and allowing vaping in designated areas had helped them to achieve smokefree status.

Picture: A survey has found that more than two-thirds of NHS acute trusts in England now prohibit smoking on site.