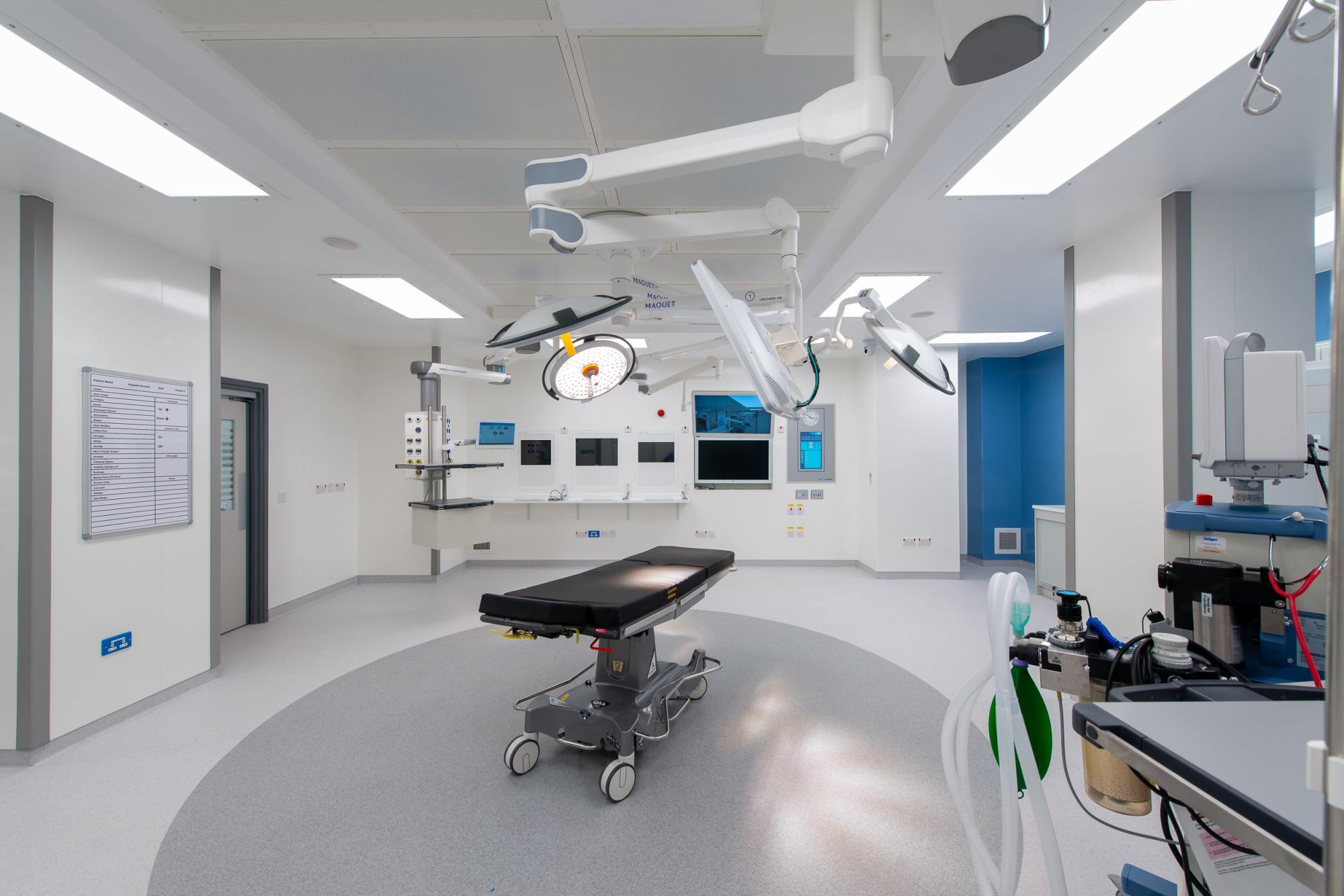 The refurbishment of (which took place on A Floor) was the third phase of development for Royal Hallamshire Hospital (RHH), which is upgrading its 40-year-old operating theatres to create cutting edge facilities.

The project, which took just 12 months to complete, involved some complex logistical challenges to move plant into the building, as well as taking into consideration the weight restrictions on roads around the hospital. A crane was used to lift plant works onto the roof of the hospital and around existing vital services, while keeping the hospital operational.

“Working on any construction project requires good communication with the client and other contractors, but this is especially important when working within a live hospital site."

NG Bailey also utilised its BIM (Building Information Modelling) capabilities to demonstrate and coordinate new services through the existing services and structure, ensuring that all services could be both installed and easily maintained.

Patient and staff safety was of paramount importance, with live operations taking place in the hospital’s theatres while building works were taking place across the corridor. There were no unplanned disruptions to the daily operational functions of the hospital and patient care was maintained throughout.

“We worked closely with the hospital Trust to ensure that patient safety was maintained at all times and had flexible working hours to accommodate the needs of patients and operations, which were taking place in such close proximity to the site," added James Summerfield.

Royal Hallamshire Hospital comes under the wing of Sheffield Teaching Hospitals NHS Foundation Trust NG Bailey has previously worked on the renovation of its RHH's Q Floor, which was opened in May last year. Since 2002, the independent engineering and services firm has also worked on numerous prestige projects for the Trust across its entire city campus. It has also played a key role in local healthcare provision, providing the mechanical and electrical services to a flagship £40 million extension at Sheffield Children’s Hospital.

Henry Boot Construction was the main contractor on the third phase (A Floor) and following a successful working relationship and NG Bailey’s extensive knowledge and experience on this site, the two companies have secured the next phase of work together at the hospital.

Picture: One of the new theatres on A Floor at the Royal Hallamshire Hospital.

As the new hospital officially opens, Integrated Health Projects (IHP) and its partners have revealed their role in the creation of the NHS Nightingale North...

JCA Engineering has secured a five-year maintenance contract to deliver hard FM services to the Chelsea and Westminster Hospital. Following a competitive tender...

Food for Thought and Information

Two separate events by BSRIA and RICS next month are vying for attention for FM professionals in the same week. The first is at the RICS’ headquarters and will...