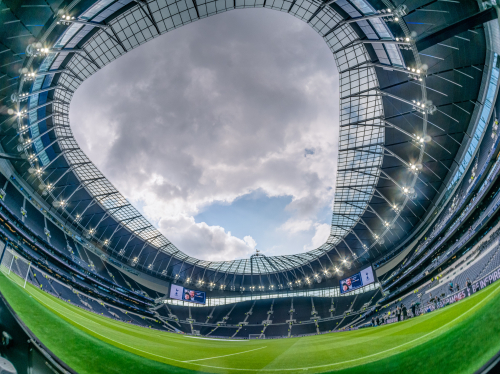 Having finished joint top alongside Arsenal, Manchester City and Manchester United in the 2019 standings, the rankings have now been updated, along with the criteria and methodology.

Clubs were asked to provide evidence of efforts in eight categories, with more points available in each category this year and three bonus points, making a total of 21.

Tottenham Hotspur is the only club to achieve maximum points in this year’s standings - taking an outright lead ahead of Arsenal, Brighton and Man Utd on 20 points.

The club has also announced it’s become a signatory of the UN Sports for Climate Action Framework, calling on sporting organisations to acknowledge the contribution of the sports sector to climate change and collective responsibility to strive towards climate neutrality for a safer planet.

Daniel Levy, Chairman, Tottenham Hotspur, said: “We are delighted that our efforts towards making Tottenham Hotspur the world’s most sustainable Club have been recognised by BBC Sport and the Sport Positive Summit.

“Looking to our future beyond the current pandemic, our message is that the climate needs to be at forefront of all our minds. We have seen people take greater pride in their environment during the lockdowns of the past year - when we return to normality, we cannot slip back into bad habits and lose sight of this.”

As well as picking up all standard points we had put in place for 2020, Tottenham also earned bonus points from activities such as tracking fan travel methods to games, actively engaging fans towards positive environmental behaviours and publicly committing to tackle climate change.

Other green accolades include:

You can read more about Mott MacDonald and Restrata have teamed up to develop a five-step strategy to get sports fans back into stadia and enjoying live sports.

Picture: a photograph showing the inside of Tottenham's stadium

Distributor Janitorial Express is urging the industry to consider the environmental impact of its choice in cleaning supplies.  The cleaning industry...