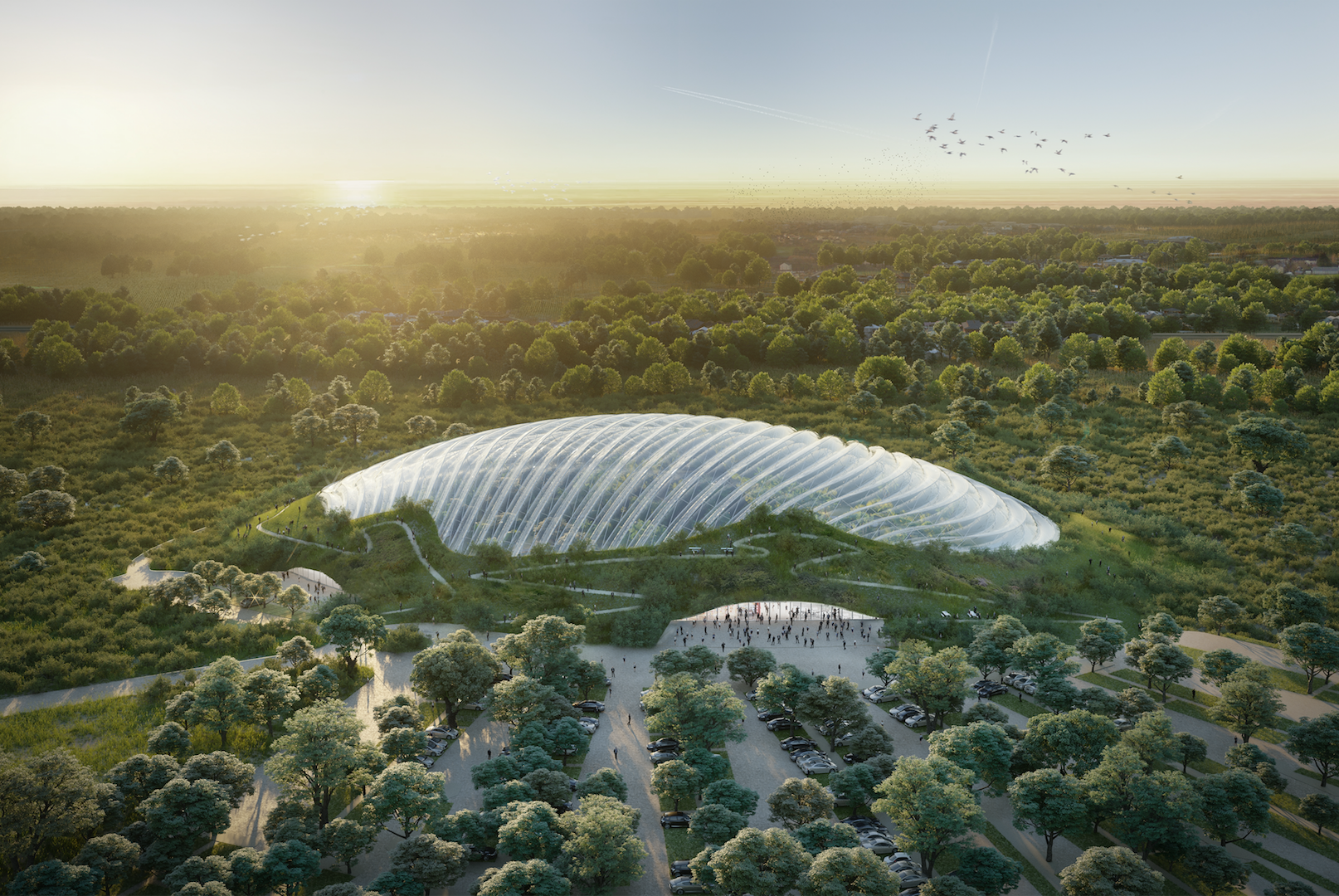 On July 30, Coldefy & Associates and Dr. Cédric Guérin won the 2018 Architizer A+Awards Jury Winner in the Unbuilt Sports & Recreation category for the Tropicalia project - the world's largest tropical greenhouse under one roof.

Planned to be located in Rang-du-Fliers in the north of France, Tropicalia will offer a footpath that will cover over 1 km wandering through the environment of dozens of animal, tree and flower species. This architectural feat will offer an exceptional oasis for tropical flora and fauna.

Tropicalia was designed by Coldefy & Associates as a 'harmonious haven', seamlessly integrated into the local environment, producing energy through the use of a double dome, creating a room in which the air is heated through a greenhouse effect.

The building is set partially in the ground, thus seemingly lowering its height and impact. Tropicalia will appear to rise like a small hill within the landscape. The absence of load-bearing pillars and the presence of a peripheral green wall enhance this cocoon-like atmosphere.

Tropicalia is a project financed mainly by private investors and is part of the economic and touristic drive in the Côte d'Opale. The complex will offer a number of services around the greenhouse such as restaurants, shops, guesthouses, as well as a scientific space exclusively for professionals.

Construction on the Tropicalia site should begin in the beginning of 2019 and is bound for opening in 2021.

Lettings figures announced on Thursday Feb 21 for the Harwell Campus in Oxfordshire show that Harwell let 160,000sq.ft of new speculative Grade A space in 2017, which...