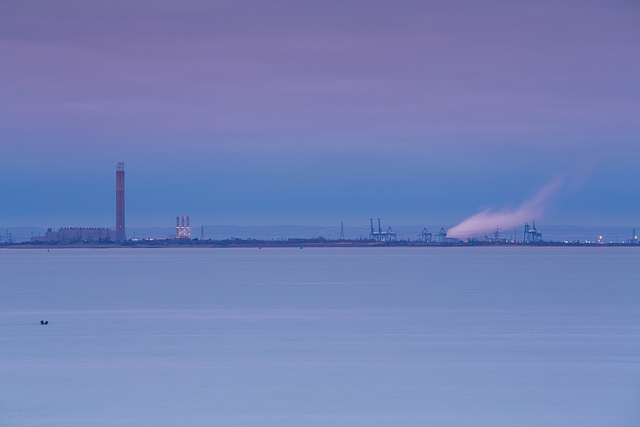 Exactly where Boris Johnson would have put an airport if he had his way, the Thames Estuary is the subject of a government report. On June 25, The Thames Estuary 2050 Growth Commission set out a vision and delivery plan for north Kent, south Essex and east London up to 2050.

The Commission’s analysis shows that the Thames Estuary could generate an additional £190 billion of Gross Value Added (GVA) and 1.3 million new jobs by 2050. It estimates that at least 1 million new homes will be needed to support this growth.

To unlock the area’s untapped potential, the Commission proposes viewing the Estuary as a series of interconnected but distinct productive places. It identifies fifteen priority projects to deliver this vision, aligning with the following priorities:

James Brokenshire MP, Secretary of State for Communities, said: "The Thames Estuary has enormous untapped potential and we are determined to unlock this to drive both local and national economic growth. The Commission has provided us with bold and ambitious set of recommendations, which we will consider in detail and respond to in due course.

Sir John Armitt, Chair of the Thames Estuary 2050 Growth Commission, said: "Without concerted action, there is a risk that the Thames Estuary will fail to achieve its potential, at huge opportunity cost to local communities and the national economy.

"The resounding message from the consultation that the Commission has undertaken is that there is ambition in the Thames Estuary to deliver high-quality development and the best economic outcomes for people.

"However, a ‘business as usual’ approach will not deliver growth at scale and pace; governance reform and new delivery models are needed."

Professor Sadie Morgan, Deputy Chair of the Thames Estuary 2050 Growth Commission, said: "I think we have created an inspiring but deliverable vision for the Thames Estuary. It reflects the interconnected, but distinct places that make up the Estuary, and is rooted in the ideas and priorities of its communities and leaders.

This is part of the country is uniquely placed to meet the challenges of the 21st century – a tapestry of productive places along a global river."

The government will consider options for working with local partners to achieve long-term, sustainable growth in the Thames Estuary, including:

Tata Motors, owner of Jaguar Land Rover, has signed a deal to take over a Ford manufacturing plant in Sanand, Gujarat, to help meet car production demand. The deal...

Strata has been coordinating the takeover and mobilisation of the commercial maintenance contract at the busy Kings Hill estate in Kent. Appointed as the Landlord...

Kärcher UK has announced the promotion of Paul Bensley to Sales Director for the UK Professional Business as part of an internal restructure. Paul will lead the...