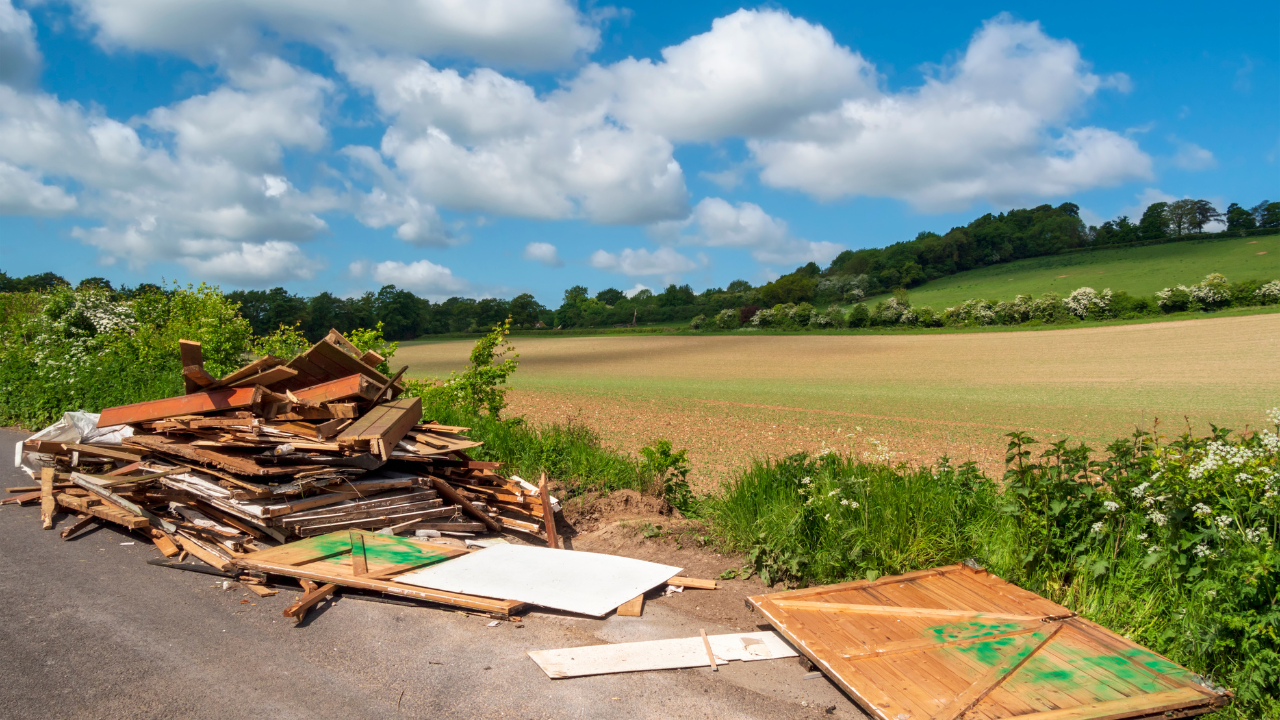 City of Westminster takes the top spot for gaining hefty fines in commercial fly-tipping fees for the past three years.

Every year fly-tipping costs the UK government up to £392 million. The criminal offence involves the dumping of commercial, industrial, and household waste, and poses a great risk to public health and the environment. But exactly how much have businesses paid out due to commercial fly-tipping in recent years?

Following a 300 per cent increase in searches for the term "how to report fly-tipping" in the past year, a new study from sustainable waste management experts, Envirovue, delves into the number of commercial fly-tipping fines handed out in the past three years and the cost to businesses.

The findings are based on insight obtained by Envirovue through Freedom of Information requests (FOIs) sent to 424 UK councils³, of which 117 councils responded. The top ten councils that paid out the most fines in the past three years include:

The study reveals that businesses within these local authorities paid out a shocking total of just under £3 million between 2019 and 2022, and the City of Westminster takes the top spot for racking up £986,400 in costs with a staggering 2,466 commercial fly-tipping fines being handed out to businesses within this period.

From 2019 to 2022, the number of fines this Central London location received increased by 674 per cent, from 153 to 1,183 fines. This stark increase of unauthorised waste disposal could be attributed to the increased cost of legally disposing of waste, reduced opening hours at municipal waste sites, and tighter restrictions on the types of materials that can be taken there.

Daniel Redfern, Director at Envirovue commented on the number of fines the City of Westminster received within this three year period: “It’s disappointing to see any area in the UK gaining weighty fines due to business illegally dumping their waste, but even more so when it’s a central location and public risk could be tenfold.”

The London Borough of Islington ranks second at 1,416 fines, with the boroughs of Southwark at 926 fines and Camden at 787 fines following closely behind – these boroughs collectively payed out £640,080 to their local authorities. Comparing 2019 to 2022, Camden saw the biggest increase in fly-tipping offences out of these boroughs, with the total number of fines surging from 318 to 420, a 32 per cent increase.

Brighton and Hove takes the third spot in Envirovue’s new study. Over the past three years, the East Sussex city attained 1,211 commercial fly-tipping fines costing businesses in this area a whopping £404,900. Regardless of the city installing CCTV cameras to crack down on fly-tippers dumping building materials, commercial fines increased 46 per cent from 285 to 416 between 2019 and 2022, which suggests that local authorities need to implement further measures to mitigate fly-tipping culprits.

Other local authorities which have seen the worst offending businesses over the past three years include London Borough of Newham with 776 fines, London Borough of Haringey with 673 fines, City of Edinburgh with 390 fines, New Forest District Council with 142 fines, and Royal Borough of Kingston upon Thames with 103 fines.

Daniel Redfern adds: “Business waste includes any waste that comes from construction, demolition, industry, or agriculture. We’d suggest if you work in trades where such waste is generated, make sure you’re aware of your responsibilities when it comes to disposing of waste safely and legally. Not only could illegal dumping result in hefty fines, but the reputation damage this could cause to companies could be even more detrimental.

“Responsibilities include doing everything you can to prevent, reuse, recycle, or recovering waste, completing a waste transfer note for each load of waste that leaves your trading premises, and ensuring that your chosen waste carrier is actually registered to dispose of waste.

“If your business deals with hazardous waste, you will be met with an extra duty of care, such as classifying your waste, separating and storing waste safely, using authorised businesses to collect this type of waste, and filling out consignment notes alongside keeping records of all waste produced at the premises. We appreciate this can be a lot for business owners to keep on top of and that’s why it’s essential to partner with professional and regulated waste disposal companies who can guarantee the correct procedures will be followed.

“It’s important to say, too, that the majority of the time, companies do not intend to be non compliant and law-breaking. Sometimes things just slip through the net. It will often mean that the business has engaged with a supplier that cuts corners, and Envirovue has systems to stop this. Some examples we hear of companies getting caught out this way are branded PPE or personal information being found in the dumped waste.”

Maximum litter fines are to almost double to £150 from April as well as new fines introduced for owners of vehicles from which litter is...

Getting to Grips with the Fly-Tippers

The Control of Waste (Dealing with Seized Property) Regulations 2015 has been welcomed by vacant property and facilities managing companies as a long overdue introduction...

Business security systems company, AlertSystems, has responded to news that CCTV has captured footage of someone illegally dumping household waste at an industrial estate...