Bowled Over By Zero Waste At Super Bowl 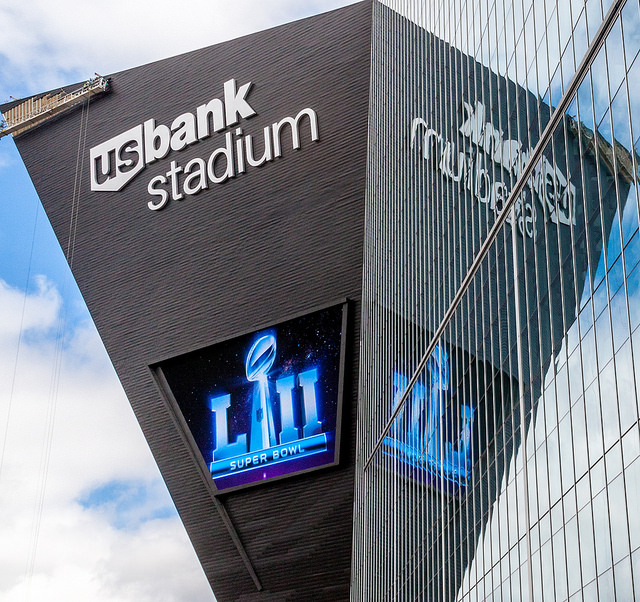 February 22 saw the Super Bowl in Philadelphia score a zero-waste winner with 91 per cent of all trash generated on gameday from 67,612 fans responsibly recovered through composting, recycling and reuse.

The landmark project marks the highest diversion rate achieved at the U.S. Bank Stadium and at any previous Super Bowl and aims to serve as the benchmark for future events.

The results are in

Nearly 63 tons of the 69 tons of gameday waste were recovered through recycling or donation for reuse (62 per cent) and composting (29 per cent). Recovering waste through composting and recycling reduces waste disposal costs and provides several environmental benefits including reduction of landfill use and reduction of the greenhouse gas generated by the landfill process, gasses which contribute significantly to global warming.

“The zero-waste legacy project is a testament to teamwork, with multiple partners coming together to achieve an ambitious environmental goal,” said Director of the NFL’s Environmental Program Jack Groh. “The NFL is proud that this programme was not only successful at Super Bowl LII but will also serve as a permanent installation at the stadium and leave a lasting impact on the community.”

U.S. Bank Stadium's operator is SMG. Said Patrick Talty, General Manager “SMG is always striving to raise industry standards through our operation at U.S. Bank Stadium and our commitment to sustainability is no different. In our first season, we produced a waste diversion rate of 20 per cent. Over the course of our second season our team increased that diversion rate to 91 per cent. Developing a successful and long-term zero-waste programme has always been our goal. The diversion improvement we have seen to date is rare in the world of facility management and is a testament to the dedication of all of our stadium partners.”

Picture: Super Bowl LII in Philadelphia saw 91 per cent of all trash generated on gameday from 67,612 fans responsibly recovered through composting, recycling and reuse