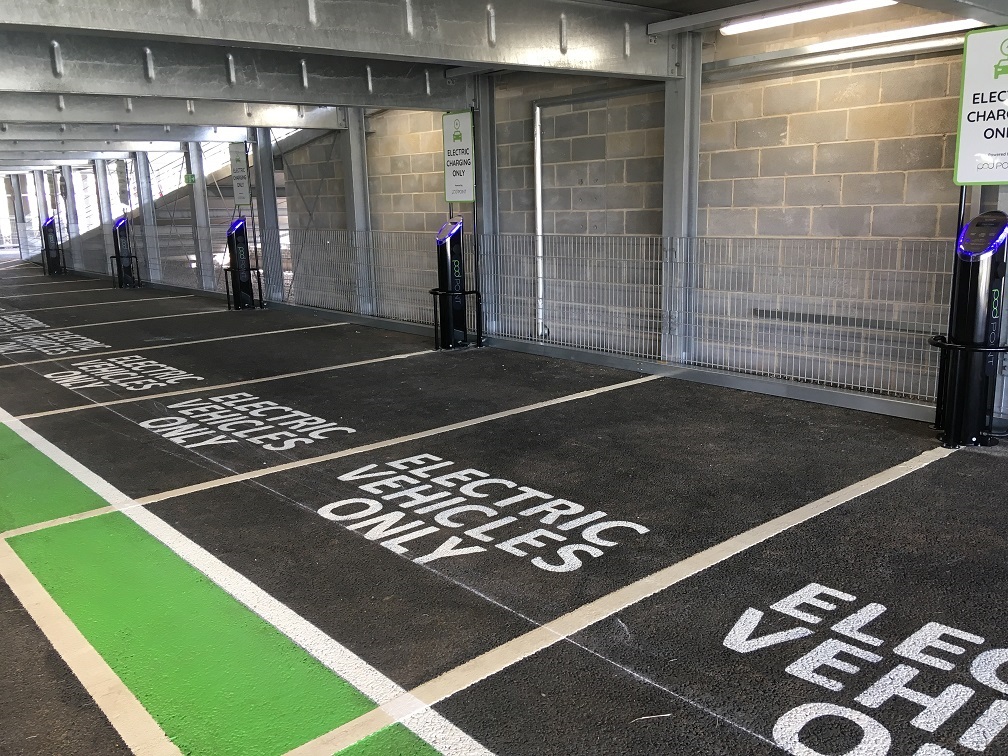 Bristol Airport has switched on the power for electric vehicle drivers with the installation of a ten-bay charging zone, along with the capability to extend in the future.

The charge points are located in the airport's new multi-storey car park. The installations are the first in a programme of upgrades across various airport locations, which will be designed to meet the needs of customers, staff and visitors. They are also a key part of Bristol Airport's pledge to be carbon neutral by 2025, and net-zero by 2050.

The charge points are supported by a smart reporting system which allows Bristol Airport to monitor a number of metrics, including carbon dioxide savings, the amount of energy delivered and the number of charge cycles per day.

As part of the carbon neutral plans, Bristol Airport will also convert its own fleet to zero emissions. Future charge point installations will play an important part in this transition and Pod Point's scalable system will enable efficient expansion in line with demand.

Paul Baker, Surface Access Strategy Manager, Bristol Airport, said: "Phase one of the project has been so successful and improves the facilities available to passengers.  Pod Point charge points are simple and easy to use. Prior to arrival at Bristol Airport, passengers will need to download a free Pod Point App and set up an account. This is our first step to Bristol Airport being EV driver friendly and we are already looking at other locations around the Airport to extend the number of Pod Points on site."

For passengers who have parked in long stay or Silver Zone car parks, on contacting the Ground Transportation staff on site assistance will be arranged to access the charge points.

Pod Point is providing the airport with a fully managed service from site surveys through to installation and aftercare.

Picture: The new charge points at Bristol Airport have been added to Pod Point's public network and App.