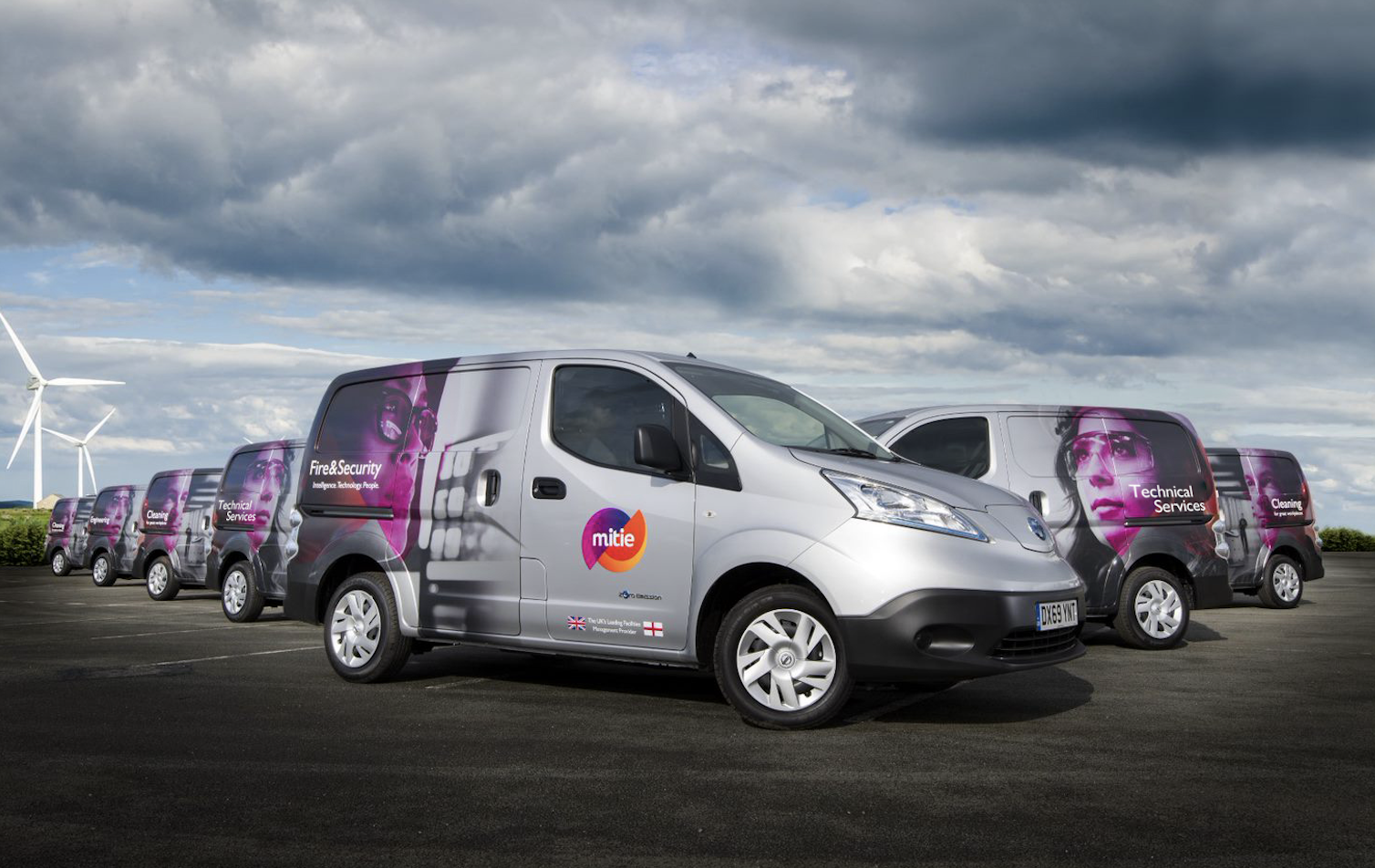 Mitie now has a range of electric cars, vans, and even a gritter, taking its total as of the end of 2021 to more than 2,000 EVs, consisting of 15 different models – what it believes to be the UK’s largest fleet of electric vehicles. The vehicles are based throughout the UK, from the Scottish Highlands and Islands down to the Cornish coast, as well as EVs working on Mitie’s contracts supporting the UK’s Overseas Territories, including Ascension Island. In addition, Mitie has invested heavily in the UK’s electric vehicle charge point infrastructure, installing thousands of charge points for a broad range of its customers, as well as at employees’ homes.

​"Pushing ourselves to go further, faster, while bringing others along with us on our journey to net-zero, is a hallmark of our Plan Zero commitment."

The transition to a wholly electric fleet is a central component of Mitie’s Plan Zero commitment to eliminate carbon emissions from its power and transport. Its current fleet of EVs reduces Mitie’s annual CO2 emissions by around 10,000 tonnes and the business has a detailed timeline to switch the rest of its vehicles to zero-emission by 2025. In addition to this, the Mitie Fleet Team has put a series of measures in place to reduce the emissions of its existing petrol and diesel vehicles, such as a Telematics Driver Behaviour system that has reduced diesel consumption by 75,000 litres and saved 19.5 tonnes of CO2 in just one year.

Mitie is using its significant experience driving a large-scale rollout of electric vehicles to support more businesses in transitioning to zero-emission fleets. This expertise is the basis of its EV transition service, helping customers design and manage every aspect of their own switch to electric vehicles. In addition, in November 2021 it expanded its EV charging infrastructure capabilities with the acquisition of Rock Power Connections Limited. Building on its existing Engineering and Green Projects expertise, the addition of Rock Power will enable Mitie to deliver new high voltage electricity connections and the renewal of electrical assets up to 132kV, supporting the installation of rapid EV charge points.

Mitie has installed chargers for customers across Britain and Ireland, covering a broad range of sites including offices and manufacturing facilities. This is in addition to over 1,000 charge points Mitie has already installed at its own sites and at its employees’ homes in support of its commitment, including ten EV charging points at Royal London's office in Alderley Park, Macclesfield.

From Ambitious Targets to Exceeding Expectations

“Switching 30 per cent of our fleet to electric by the end of March 2022 was already an ambitious target," said Mitie Chief of Staff Peter Dickinson, "so to have hit this milestone three months ahead of schedule is an incredible achievement and testament to the hard work of the Mitie Fleet Team.

"Pushing ourselves to go further, faster, while bringing others along with us on our journey to net-zero, is a hallmark of our Plan Zero commitment. By creating the UK’s largest fleet of electric vehicles in just three years, we’re dedicated to sharing our first-hand expertise and learnings with our customers to help decarbonise Britain.”

Pradyumna is Managing Director of Sustainability and Energy Services, leading Mitie’s efforts to help public and private sector organisations implement sustainability, cost and energy management solutions help customers achieve their net-zero targets. Pradyumna has over two decades of experience working in engineering, automation and technology for commercial, industrial and public sector organisations. Last year, in advance of his talk at EMEX, The Net-Zero and Energy Management Expo, he explained to us what is discouraging the FM sector from making their buildings net-zero.