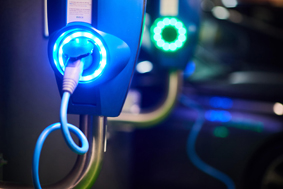 The energy and services group says the move will support ambitions to be a leader in zero-carbon technology and help tackle air quality in cities. ChargePoint already has a full range of EV charging capabilities required to support local authorities, businesses and home-owners.

ChargePoint Services or CPS, currently works with around 30 local authorities on charging point infrastructure and has also supplied workplace charging solutions for organisations such as Microsoft and Siemens.

Engie already had a UK EV charging network. The acquisition creates a combined public rapid charging network of over 400 stations (typically capable of charging cars in less than an hour). A further fast network, in excess of 500 stations, is expected to be established by the end of 2019.

Engie’s UK & Ireland CEO Nicola Lovett said: “The provision of green mobility solutions is a key part of Engie’s wider strategy to help tackle air quality in cities and be a leader in the transition to a zero-carbon economy. Acquiring CPS is an important step in scaling up our ambitions in the EV market, complementing our existing energy supply activities and our partnerships with local authorities and businesses.

Alex Bamberg, MD of ChargePoint Services said: “This is an exciting move for CPS. The combination of Engie’s renewable energy, hardware technology and installation capability, together with our own experience in EV charging network management, infrastructure rollout, and 24/7 customer service provision, will create a major player in electric vehicle fuelling in the UK."

Engie is the second largest provider of EV charging stations with 75,000 worldwide. In the UK, Engie has been appointed by the West Yorkshire Combined Authority to install 88 rapid charge points throughout the region.  The company will install, own and operate the charge points for at least 10 years.