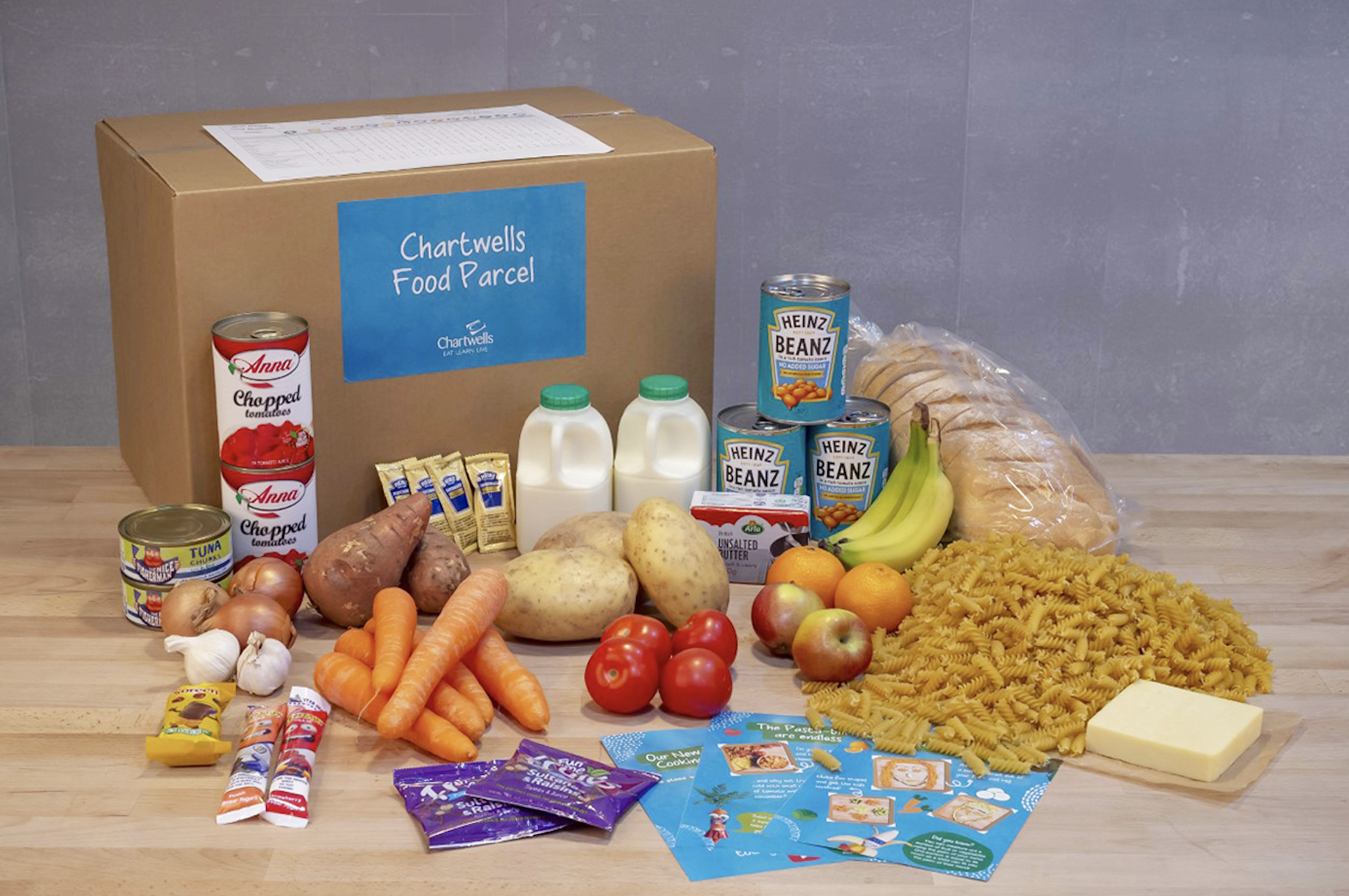 The Managing Director of Compass Group has apologised for the lack of quality in the free school meals provided by its catering company Chartwells this week.

“The first thing I want to do, personally and on behalf of Chartwells and Compass, is to say sorry,” declared Robin Mills in a statement. He went on to admit that “the quality and quantity” of the produce in the images on Twitter fell short of their usual standards.

He also reassured parents that actions such as extra quality assurance checks at the supplier level and within each individual school were being put into place.

Chartwells colleagues in each school will now sign off on batches of parcels as they leave the school, and there is now a free helpline for concerned schools and parents that will go live on Monday 18 January.

“Getting nutritious food to children at home during lockdown is critical. We are stepping up to meet this challenge in multiple ways, ensuring everything we do meets the exacting standards which rightly apply to children’s food.”

In addition to the free breakfast provisions, Chartwells will also offer schools the option of lunch parcels through the February half term at no cost.

"As Managing Director of Compass Group UK and Ireland, the company which owns Chartwells, I want to tell you what’s happened with our free school meal parcels following school closures and – most importantly – what we’re doing to put things right."

After images of meals began circulating on social media, the company was accused of not supplying the £30 worth of food that they were contracted to provide. A parent described the school meal provision as “utterly shameful profiteering” and the Department for Education confirmed that they were looking into the matter.

Chartwells confirmed shortly after in a statement that the food parcels had not met their "usual high standards" and that schools would be contacted to understand where any shortages may have occurred.

The company then confirmed in a statement that they would provide free breakfasts to all children currently receiving a Chartwells lunch parcel from 25 January, for the duration of school closures.

The food parcels are designed to replace the usual £30 vouchers given to parents, to last for ten days.

Picture: a photograph provided by Chartwells showing a five day provision for one child

Chartwells, the education catering arm of Compass Group, has been hit with accusations of profiteering after images of free school meals packages have been shared on...

Chartwells, Compass Group UK & Ireland’s specialist provider of catering to the education sector, has announced a charity partnership with the Dame Kelly Holmes...