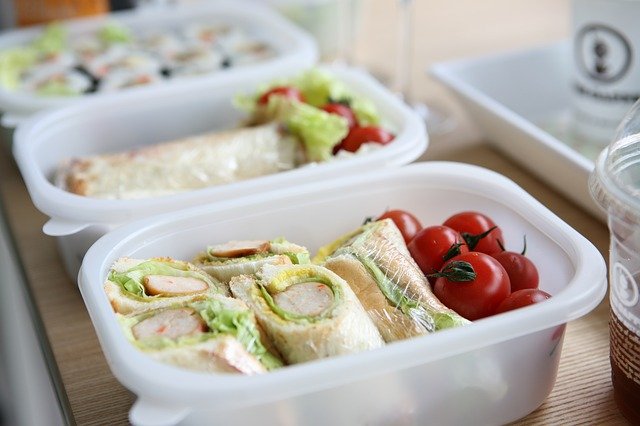 Chartwells, the education catering arm of Compass Group, has been hit with accusations of profiteering after images of free school meals packages have been shared on social media.

Shared on Twitter on Monday evening (11 Jan 2021), a parent has described the school meal provision as “utterly shameful profiteering”.

The tweet shows a photograph of the meal allegedly provided by Chartwells, alongside what the user considers to be a true representation of £30 of food. The Department for Education has tweeted that they are looking into the matter.

The food parcels are to replace the usual £30 vouchers given to parents, to last for ten days.

Footballer and campaigner Marcus Rashford, who originally spearheaded the free school meals campaign during school closures, has also questioned the value of the food packages provided, tweeting: “If families are entitled to £30 worth of food, why is there [sic] delivery only equating to just over £5?! 1 child or 3, this what they are receiving? Unacceptable”.

"The Quantity Has Fallen Short in This Instance"

ThisWeekinFM has reached out to Compass Group for comment, and a spokesperson has confirmed that where food parcels have not met their "usual high standards", refunds will be given.

They also will be contacting every school to understand where any shortages may have occurred. Additionally, from Monday 15 January, Chartwells will be ensuring that packages reflect the additional £3.50 funding allocation communicated by the government, and that "every penny goes into the provision of the food".

The following statement was provided:

"We have had time to investigate the picture circulated on Twitter. For clarity this shows five days of free school lunches (not ten days) and the charge for food, packing and distribution was actually £10.50 and not £30 as suggested. However, in our efforts to provide thousands of food parcels a week at extremely short notice we are very sorry the quantity has fallen short in this instance.

"We are further enhancing our food parcels following the Department for Education’s additional allowance of £3.50 per week per child in line with nutritional guidelines, in addition, we welcome the DofE procurement notice for schools issued today."

We are looking into this.

We have clear guidelines and standards for food parcels, which we expect to be followed. Parcels should be nutritious and contain a varied range of food.pic.twitter.com/njk8fN3XhS

#FreeSchoolMeals On the left £30 of food. On the right what private company Chartwells have supplied having been awarded a government contract to supply for £30 free school meals.

Utterly shameful profiteering off some of the country's most disadvantaged kids! pic.twitter.com/XcmUm8qM1h

Chartwells is the world’s largest food contract service company, and has over 10,000 employees working in more than 3,000 schools.

It’s also a member of the Marcus Rashford Child Poverty task force, and it sent out 9,000 hampers of food during school holidays, for those entitled to free school meals.

Compass Group reported a “return to profitability” in Q4 of 2020, after £4.6 billion of turnover was lost compared to 2019, with operating profit is a third of what it was the year before, according to the Foodservice Equipment Journal.

MD of Compass Group UK, Robin Mills, issued an official statement apologising for the mistake on Thursday 14 January, in which he admitted that “the quality and quantity” of the produce in the images on Twitter fell short of their usual standards.

Picture: a photograph showing some lunchboxes, with clingfilmed wraps and tomatoes inside

Chartwells, Compass Group UK & Ireland’s specialist provider of catering to the education sector, has announced a charity partnership with the Dame Kelly Holmes...