Construction Output Forecast to Flatline in 2018 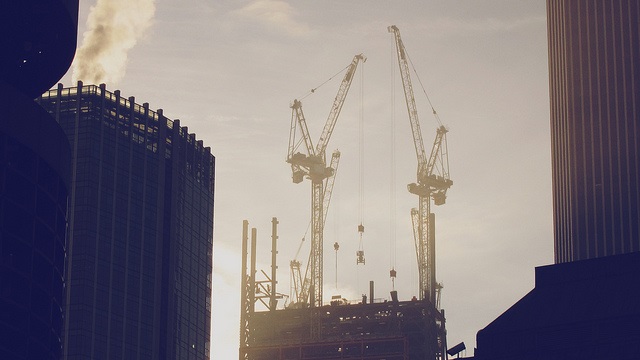 After a weak start to the year following the demise of Carillion in January and adverse weather across the country in February and March, the Construction Products Association’s Spring forecasts anticipate construction output growth for the whole of 2018 will remain flat, before accelerating to 2.7% in 2019 and 1.9% in 2020.

Infrastructure and private housing remain the two bright spots for UK construction activity. Infrastructure output is forecast to grow 6.4% this year and 13.1% in 2019 as main civil engineering work commences on large projects such as HS2, the Thames Tideway Tunnel and Hinkley Point C. In private housing, output is forecast to rise 5.0%, with demand for new build underpinned by the support of Help to Buy through to March 2021.

This performance contrasts with other sectors of the construction industry, however. The sharpest decline is forecast in the commercial sector, where a post-EU Referendum fall in contract awards for new offices space since the second half of 2016 is expected to translate into a fall in activity this year. Offices construction is expected to decline 20.0% in 2018 and 10.0% in 2019. The impact of Carillion’s liquidation will be felt on commercial PFI health projects, including the Midland Metropolitan Hospital and the Royal Liverpool Hospital, where work has been paused to reassign or retender contracts. Output in the PFI health sub-sector is forecast to fall 5.0% this year.

Noble Francis, Economics Director at the Construction Products Association said: "The start of the year was a bad one for construction. Carillion, the UK’s second biggest contractor, went into liquidation in January and led to an hiatus on infrastructure and commercial projects. The snowy weather badly affected work on site for at least three working days in February and March and, as a result, 2018 Q1 construction is likely to be £1.5 billion lower than in 2017 Q4. Fortunes for the industry overall will depend on the extent to which construction activity catches up during the rest of the year.

"Construction activity is forecast to be flat this year and rise by 2.7% next year, primarily driven by infrastructure and private house building. Half of the activity lost in Q1 is expected to be regained during 2018. Work on some Carillion projects has already restarted, on joint-ventures or where major clients such as Network Rail have been keen to continue work. Other projects will take time to retender but are still likely to restart this year. Large infrastructure projects should also allow for a catch-up after the adverse weather and often have penalty clauses for delays. Despite the sector’s strong growth prospects, questions remain about poor government delivery of major infrastructure projects."