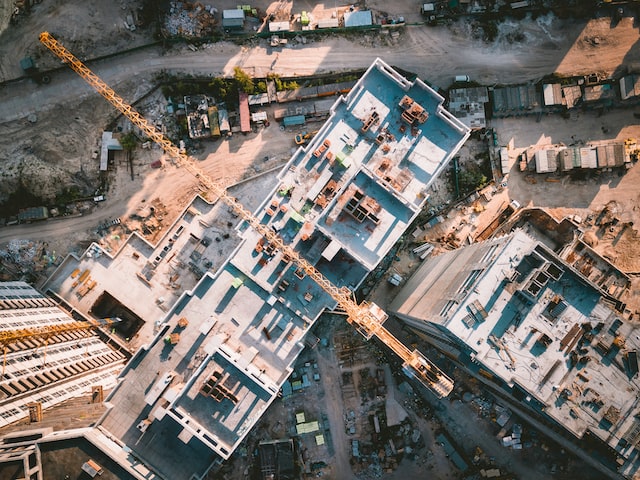 Data collected from industry stakeholders shows that air pollution from construction sites has been steadily on the rise in recent decades.

The charity, Impact on Urban Health, surveyed industry stakeholders including developers, landowners, and tier-one contractors to examine the links between construction and air pollution.

Whilst city emissions interventions have focussed on the heaviest polluting industry, transport, the construction sector remains a major source of air pollution in cities. In London, for example, construction contributes approximately 30 per cent to particulate matter (PM10), which is a type of pollutant made up of particles smaller than 10 micrometres in size. 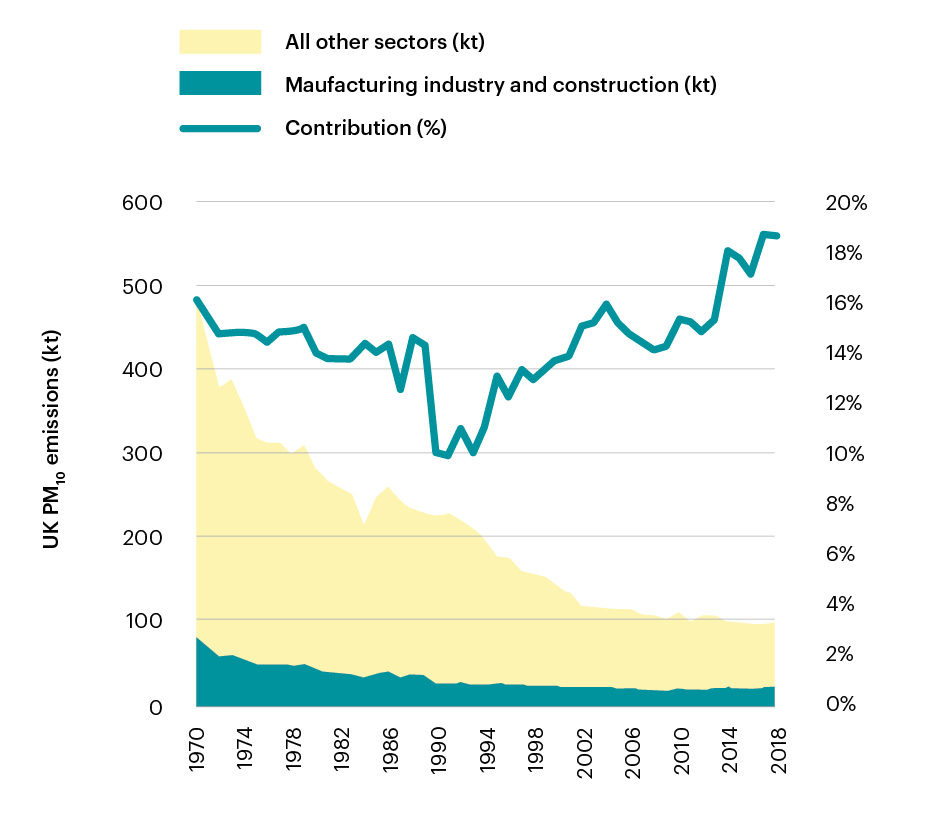 Picture: a graph that shows the increasing contribution from the construction industry to the total amount of PM10 to UK emissions from 1994-2018. Image Credit: Impact on Urban Health

97 per cent of people surveyed said that air quality is an “extremely or very important environmental health concern”.

What are the Effects of PM10 Exposure?

Particulate Matter, or PM, affects people more than any other pollutant according to the World Health Organisation, and health impacts even at very low concentrations.

Because of the small size of PM10’s particles, they can penetrate and lodge deep inside the lungs, contributing to the risk of developing cardiovascular and respiratory diseases, as well as lung cancer.

Employees working on construction sites, as well as people living nearby, are most at risk from being exposed to the highest concentrations of emissions from sites.

How to Reduce Polluting Emissions from Construction Sites

Ultimately, the report calls for regulatory changes to ensure effective action can be taken to reduce the sector’s air pollution emissions. Respondents commented that local government lacks both the evidence to monitor whether existing regulations are being met and the resources to intervene when they are not.  Therefore, more effective compliance is needed, such as more site visits from local authority officers, and even the creation of a Construction Compliance Officer as an air quality champion.

Steve McGregor, who runs the property maintenance business DMA Group, agreed that regulatory change is needed: “If you’re living next door to a large construction site in London with a young family or with respiratory challenges, enforcing improvement is crucial. However, regulatory enforcement of this nature needs a level playing field for organisations of all sizes across the industry.

“This needs reasonable timeframes and specific advice to help enforce change across the industry. We are sitting on the edge of a recession. The construction sector will inevitably slow. Jobs and livelihoods could be at stake in addition to rampant inflationary pressures. We need measured responses to this in order to solve the long-term issue.”

Picture: a photograph of a construction site from above, showing heavy machinery and buildings that are partly under construction. Image Credit: Unsplash