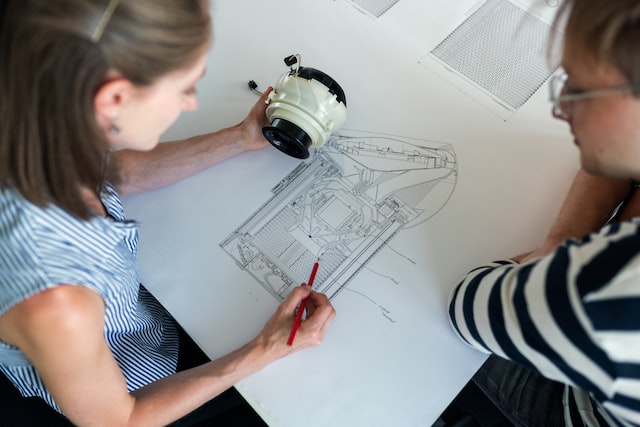 New research from construction data platform NBS reveals that construction has now become a desirable career path for UK school leavers and young adults, with 56 per cent now considering it an “attractive” profession with plenty of prospects.

NBS quizzed 2,000 18–29-year-olds across the UK regarding construction as a potential vocation, yielding surprising, but refreshingly positive results. This will come as welcome news to a sector that saw job vacancies hit an all-time high of 49,000 advertised earlier this year.

"Young people now realise it’s not the dull, dangerous, and dirty job as mislabelled for years by educators and career advisors."

Importantly, the survey indicates a distinct cultural shift in attitudes amongst younger generations, in part, helped by the growing number of digital opportunities available and extensive media attention around the sector’s use of industry-leading tech, dispelling the myth that construction is a dead-end career.

Russell Haworth CEO of NBS, said: “It’s clear that perceptions around construction are changing. Young people now realise it’s not the dull, dangerous, and dirty job as mislabelled for years by educators and career advisors. It’s great to see such an uptick in interest following some very lean years recruitment-wise. The challenge for the sector now is to jump on this opportunity, we must not miss it as has previously been the case.”

The poll included diversity-related questions and found marked improvement in a sector which has struggled to be inclusive for decades.

Highlighting the fact that construction has been made to be more inclusive, 57 per cent of females also stated that they consider construction to be a generally “diverse” industry.

Now over a fifth of women are “very interested” in construction as a career, showing scope for an influx of female employees following A-level and university results day.

However, a similar number are being actively dissuaded by peers and family to take a job in the industry. It shows whilst personal attitudes are changing, sector misconceptions persist, which must be overcome.

Mirudhula Ponraj, 26, a Technical Trainee Assistant at Bellway Homes, said, “It's interesting to hear that more women are interested in construction. Great strides are being made in terms of inclusion, but we know more work still needs to be done for the sector to represent 21st century Britain. With schemes such as Women into Construction, I'm optimistic that we'll see more change in the next ten years.

“There's a misconception that construction is all about muddy boots, today's industry is so much more. I studied Building Information Modelling (BIM) at uni. The fifth of women mentioned in NBS' study looking to enter the industry might be surprised to learn that roles can be incredibly diverse. The next generation now have the opportunity to work with technical programmes and computer systems.”

Earlier this year, a women-led team working on 22 Bishopsgate, including investors, architects, planners, engineers, surveyors and contractors, was recognised as “Team of the Year” at the WAN Female Frontier Awards 2022. The awards celebrate and acknowledge the talent and achievements of women in the built environment industry.

Dismissing stereotypes that Millennials and Gen Z aren’t interested in highly skilled occupations, engineering - particular structural and civils roles - ranked number two when it came to the list of most sought-after jobs.

This was second only to healthcare professional in popularity, ranking higher than: legal professional, teacher, designer or even social media influencer.

Drilling down, 8 per cent were specifically interested an architectural career, potentially indicating why so many young people appear interested in making their mark in construction. Almost a third stated a passion for architecture and a similar number wanted to “create a better physical” world, further supporting Gen Z’s growing reputation as the “sustainability generation”, regarding greener construction as a route to a lower carbon future.

Earlier this year, 100 senior executives of UK construction firms were interviewed on sustainable design and engineering. The research highlights the growing importance of using sustainable design and engineering in developments to lower carbon footprint and water use, reduce waste and minimise the materials used. We produced a video to look at some of the report's findings and case studies of projects by the firms involved.

Over a third flagged they were interested in construction because they see it as an industry “going through a massive, positive change”. This might reflect a growing public awareness over the past few years around the sector’s growing diversity, greater digital adoption and greener approaches to business.

Emphasising the impact innovation is having on the industry, three quarters of respondents also recognised that “a lot” or a “fair amount” of technology is used in contemporary construction.

Unsurprisingly, salary and earning potential were a main motivator. “Good pay” ranked top of the incentive list, followed by a good home and work balance, a respectful working environment, interesting work and working with nice people.

However, despite an uplift in interest from a younger generation looking to make their way in the industry, another recent study by the Association of Colleges (AoC) found skills shortages amongst staff looking to teach construction are stalling progress.

Putting the problem into context, 85 per cent of further education colleges have struggled to secure staff to teach the relevant subjects. It’s a problem that will need to be addressed should the indicative findings of NBS’s report be borne out in reality and an influx of interest in construction roles occurs over the next six months.

Haworth concludes: “This study has proven to be a litmus test of where the industry is heading within the next twenty years – seeing more women and greater diversity entering the workforce will only continue its upward trajectory. With so much interest from young people our next challenge is turning interest into long and fruitful careers.”

On the ninth year of International Women in Engineering Day, engineers from Waterman Group and Alinea Consulting share their career stories. Created by the Women's...

As UK employers continue to struggle to fill engineering vacancies, what are the challenges in this area?   School-Leavers Not Choosing...

Want to Tackle the Climate Crisis? Train as an Engineer

A group of eight professional bodies representing engineering services professions is spearheading a campaign to encourage more young people to take up employment in...