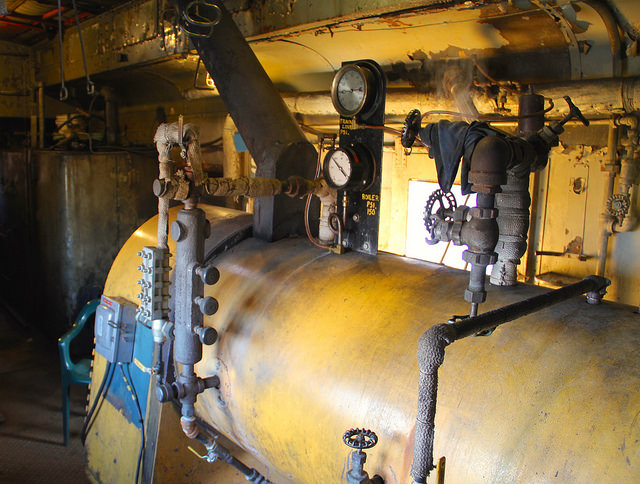 London's Mayor has launched a new £10 million boiler scrappage scheme for smaller businesses - which FM firms operating in that sector can promote.

Sadiq Khan's Cleaner Heat Cashback scheme – the first of its kind in the UK – will provide between 30 to 40 per cent cashback to small and medium-sized businesses (SMEs) when they replace older, polluting boilers, with new, cleaner heating systems.

This is part of the Mayor’s programme of air quality measures aimed at making London’s workplaces more energy efficient while cutting the capital’s carbon emissions.

Commercial gas consumption is currently responsible for 7 per cent of London’s NOx emissions but as the Mayor’s hard-hitting measures to cut harmful pollutants from transport take effect, this proportion will increase.

Transport measures include cleaning up the capital’s bus and taxi fleets and introducing the Toxicity Charge for the oldest polluting vehicles in central London. Khan is also bringing forward the introduction of the world’s first Ultra-Low Emission Zone to start in April 2019 and extending it up to North and South circular roads from 25 October 2021.

Shirley Rodrigues, Deputy Mayor for Environment & Energy, said: “There are thousands of SMEs in London who have older boilers, so this scheme not only helps them to save money, it also reduces carbon emissions and improves the capital’s air quality."

The Cleaner Heat Cashback scheme is being delivered in partnership with the Energy Saving Trust. Philip Sellwood, Chief Executive of the Trust said: “We are delighted to be supporting the Mayor of London to deliver this ground-breaking scheme. It will help smaller businesses across London to benefit from energy efficiency which in turn will enhance air quality across the city. We hope that other cities across the UK follow the lead and provide similar schemes.”

The Cleaner Heat Cashback is open to small and medium sized Enterprises (SMEs) in Greater London with older, inefficient boilers. They must own their premises, be a tenant with building maintenance responsibility or have their landlord’s permission and pay commercial rates.

The scheme is open to any type of SME – from start-ups and sole traders, partnerships and limited companies to limited liability companies – provided they meet the EU definition of an SME and have less than 250 employees and an annual turnover of under EUR 50m.

To be eligible, existing heating systems must be working gas, oil or LPG boilers of a minimum 10 years old, or coal or biomass. Systems must be a minimum size of 70kW. Replacement systems must be at least 90 per cent efficient gas or LPG boilers or connect to a heat network or renewable technologies such as solar thermal, air or ground source heat pumps and have NOx emissions of 40mg/kWh or less. Replacement heating systems need to be installed by accredited installers on the system manufacturer's approved list.

The London Office of Technology (LOTI) and Innovation and Bloomberg Associates have launched City Tools a tool that maps London boroughs’ technologies -...