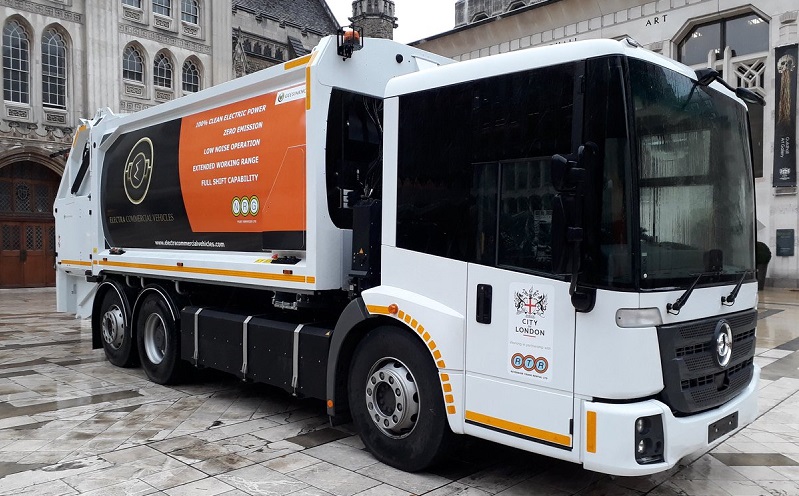 Plans for the UK's first fully electric refuse fleet have been revealed as Veolia has signed a new tech-driven City of London waste contract.

The City of London Corporation has awarded the pioneering new waste collection service, street cleansing and ancillary services contract - which got going on Saturday April 6.

As part of the contract, the City Corporation aims to become the first authority in the UK to run a fully electric fleet of Refuse Collection Vehicles (RCVs).

Veolia’s RCVs will be equipped with 360-degree cameras and audible warning reversal systems to improve safety.

The vehicles will use on-board weighing equipment to digitally record bin weights at residential properties, enabling recycling performance to be efficiently calculated. And street cleaners will carry hand-held devices for on-the-go reporting and job completion.

All vehicles will be digitally tracked to monitor and auto-allocate cleansing tasks dependant on geographical location and capacity.

The contract will deliver 74 solar auto-compacting BigBelly bins which send notifications to collection crews when they are full, allowing more waste to be collected.

The new portfolio will see Veolia managing the following areas in the Square Mile:

Jeremy Simons, Chair of the City Corporation’s Port Health and Environmental Services Committee, said: “This contract aims to exceed the high standards people expect of our waste and cleansing services whether they work, visit or live in the City. The Square Mile is a world leading international financial centre with over half a million daily workers, 7,500 residents and 18.4 million visitors a year.”

In delivering the service the firm will look after 63km of the City’s public roads and 15km of public footpaths, covering signposts to fountains and paving to street lighting, working to make the City’s streets clean, safe and well-managed.

The company was appointed following a competitive tender process, with the electric fleet to be mobilised within the first year of contract.

Picture: Veolia has agreed to use fully electric refuse collection vehicles on its new City of London waste and cleansing contract.