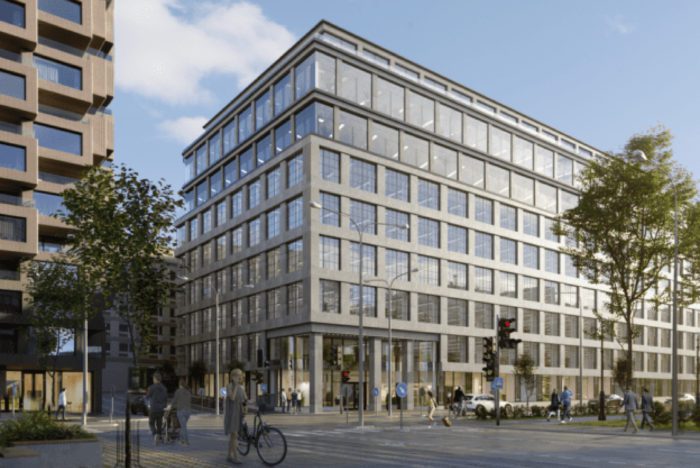 This month’s roundup of high-performing buildings looks at offices that have achieved industry certifications, such as WiredScore Platinum certification, NABERS UK and BREEAM Outstanding.

Invesco Real Estate’s FENIX building has become the first in Sweden to achieve WiredScore Platinum certification, the highest recognition provided by WiredScore, the global benchmark for connectivity and in-building technology.

The 18,000 sq m of office space is located in Hagastaden, the new urban district between Stockholm and Solna.

The FENIX building was subjected to a rating process based on results and performances defined by the WiredScore certification system, which measures five key aspects of the building’s digital connectivity capabilities, ranging from its ability to adapt to future technology, to the overall quality of the user experience.

The building features three diverse points of entry on different sides of the building, which provides tenants the option for a redundant internet service, affording tenants a reduced risk of internet outage. There will also be wifi available in the common areas of the building, which will supplement good voice and data mobile service over two carriers and ensure a seamless mobile experience for all building users.

FENIX Stockholm joins the existing 42 building portfolio that Invesco has with WiredScore, with Sweden becoming Invesco’s fifth country to take on WiredScore certification alongside US, UK, Spain and Germany.

Toronto Square in Leeds has become the first building in the UK to receive a NABERS UK Rating.

NABERS Energy measures the efficiency of an office building and rates either the base building, tenancy or whole building. An energy rating works by comparing the energy consumption of a building against a set of benchmarks that have been developed using actual data.

The 4.5* rating was confirmed after 12 months of data from the building was collated and analysed by NABERS UK Licensed Assessor EP&T Global and independently certified by BRE.

The rating will provide more information on the building’s performance, helping the developer Grosvenor work collaboratively with its occupiers to target additional improvements.

One Angel Square in Manchester has been awarded a BREEAM Outstanding rating for its environmental features.

It’s the Co-operative Group’s new headquarters building, where more than 3,000 Co-op employees are co-located in one office for the first time.

The 15-storey building is a three-sided structure, with a fully glazed double-skin façade that curves both horizontally and vertically around the building. There is a full-height atrium at the heart of the triangular building, its three sides formed from white-painted concrete balconies at each floor level. Behind the balconies, there are large, column-free open-plan office floors. 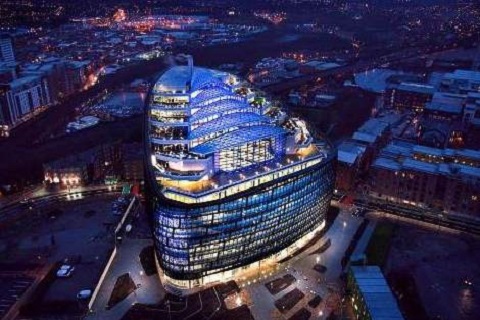 Picture: a photograph of the exterior of One Angel Square. Image Credit: BRE Group

The double-skinned facade and soaring open atrium are key to creating natural heating, cooling and lighting. The atrium, for example, floods the building’s interior with light, and the facade helps to minimise heating and cooling loads.

In summer, louvres at the top of the facade will open to allow the warmed air trapped between its inner and outer skins to rise up and out of the building. In winter these louvres will close so the facade can form an insulated blanket around the building.

Other features include: greywater and rainwater recycling systems for toilet flushing and irrigation and high-efficiency passenger and service lifts