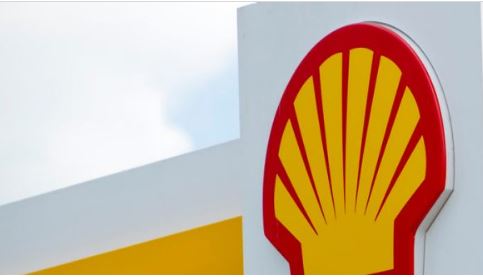 Shell Beaconsfield on the M40 will be the first site in the UK to bring hydrogen under the same canopy as petrol and diesel, providing drivers with a range of fuel choices to co-exist with traditional transport fuels.

The hydrogen is generated on-site using an electrolyser that requires only water and electricity to generate the hydrogen gas.

Hydrogen fuel cell electric vehicles convert hydrogen into electricity to power the engine and produce only heat and water when driven. They can travel up to 700 kilometres on a single tank and can be refuelled in a few minutes.

Mike Copson, Hydrogen Business Development Manager at Shell, said: “We’re demonstrating our ongoing commitment to hydrogen as a vital part of the UK’s future transport system. Bringing hydrogen under the canopy for the first time is a fantastic step towards making it a convenient and viable fuel choice for UK drivers.”

The hydrogen station at Beaconsfield is the fifth hydrogen refuelling site in the UK to be supplied by ITM Power and will be the first to be opened as part of the H2ME project. The initiative has been partially funded by the European Fuel Cells and Hydrogen Joint Undertaking (FCH JU), and the UK’s Office of Low Emission Vehicles (OLEV).

Roads Minister, Jesse Norman commented: “This is an exciting example of how innovative technologies are helping the Government’s Future of Mobility Grand Challenge – contributing towards meeting our climate targets, while supporting the UK’s low-carbon economy. Hydrogen has the potential to play a vital role in decarbonising transport, so the unveiling of the UK’s first integrated hydrogen refuelling station is an important step forward.”

FCH JU Executive Director Bart Biebuyck said: “The opening of this new station at the Beaconsfield forecourt proves that hydrogen is now even more the fuel of the future,and is ready to offer an everyday green solution to citizens. We need to continue building on these achievements, and enable the transition towards a low-carbon transport system.”

The hydrogen station opening follows a number of recent Shell initiatives to support the UK’s transition to low-carbon transport. These include the launch of Shell ReCharge, Shell’s on-forecourt rapid electric vehicle charging service; an agreement with charging network operator IONITY to offer charge points across ten European countries; and the acquisition of NewMotion, one of Europe’s largest electric vehicle charging networks.

Picture: Shell Beaconsfield on the M40 will be the first site in the UK to bring hydrogen under the same canopy as petrol and diesel.

Police and taxis will run on hydrogen in London - and the Met is trialing hydrogen scooters (can't wait for Pizza Hut to do the same). Amey has also put two hydrogen...

New hydrogen additive technology has been claimed to slash engine emissions by up to 80% and increases fuel efficiency by up to 20%. Fitted within the engine bay (on...