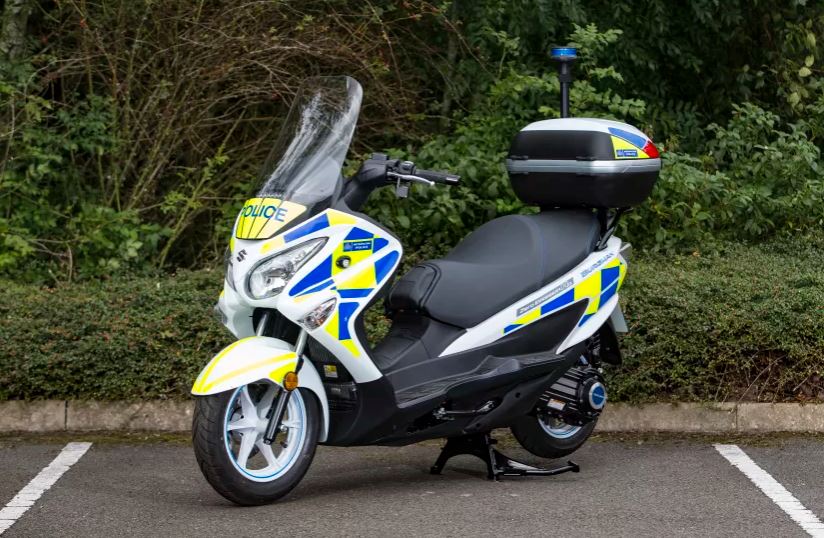 Police and taxis will run on hydrogen in London - and the Met is trialing hydrogen scooters (can't wait for Pizza Hut to do the same). Amey has also put two hydrogen powered vans on trial.

Police cars and taxis will be among nearly 200 new hydrogen powered vehicles switching to zero emission miles, thanks to a multi-million pound government boost.

The zero emission vehicles are part of a project that has won £8.8 million in funding from the Department for Transport to improve access to hydrogen refuelling stations up and down the country and increase the number of hydrogen cars on our roads from this summer.

The winning project is run by a consortium managed by Element Energy and including expertise from ITM Power, Shell, Toyota, Honda and Hyundai. It will capitalise on the reliable mileage of established fleets and see vehicles being procured by emergency services such as the Metropolitan Police, as well as Green Tomato Cars and Europcar to support the growth of refuelling infrastructure for hydrogen vehicles up and down the country.

Roads Minister, Jesse Norman said in March when the government boost was announced: "Decarbonising our roads is an essential part of meeting our climate targets. The new technologies involved present great opportunities for our increasingly low carbon economy.

"Hydrogen has huge potential, especially for those making longer journeys and clocking up high mileage. That is what makes this project truly exciting. Not only is it demonstrating the technology in action but it is also developing the refuelling infrastructure needed for the future."

The project helps cement the UK’s place as a world-leader in adopting hydrogen technology, using not only British expertise through ITM Power, but also securing further investment from multi-national companies such as Shell, Toyota, Honda, and Hyundai.

It also means that hydrogen cars will be able to travel further around Britain than ever before, with new refuelling stations being planned for Southwark, Isleworth, Birmingham and Derby.

The £8.8 million grant will be matched by a further £13.1 million investment including support from the companies and other sources. The project will involve the procurement of new vehicles, construction of new stations and upgrades to existing stations.

The hydrogen fuel cell scooters are being used by Police Community Support Officers within the Roads and Transport Policing Command.

The trial is being run at no cost to the Met, with the loan of the vehicles from Suzuki Motor Corporation. The maintenance and fuel costs will be met by a collaborative project which is being part-funded by the Advanced Propulsion Centre (APC). Lead partner of this project is the British fuel cell technology company Intelligent Energy in association with Suzuki GB and Cenex.

Commander Neil Jerome, for Territorial Policing, said: “Being the UK’s largest police service we constantly have vehicles on the roads and therefore it is our aim to make our fleet as clean as we can, whilst maintaining operational capability."

Also back in March, Amey turned to some of the first hydrogen powered vehicles in the country to help improve its environmental performance on Sheffield roads.

As part of its 25-year Streets Ahead highways maintenance contract which will see the upgrade of the city roads, pavements, street lighting and bridges on behalf of the council, Amey already has two electric vans at its depot at Olive Grove. In March the firm was gearing up to run another 15 electric vehicles to replace the current diesel vehicles as part of its commitment to reducing carbon emissions.

On top of this, the company planned to trial two vans that use a hydrogen fuel cell to extend the range of power the battery gives to approximately 200 miles.

The Sheffield scheme  came after a Government agency awarded a grant. “We will run a trial with two hydrogen vehicles over the next two years,” said Streets Ahead Environment Manager, Tom Cullingford. Results will be monitored by both Amey and the Department for Transport to assess the use of hydrogen powered vehicles in general.

Picture: One of Amey's hydrogen vans and a Suzuki Burgman Fuel Cell.

New hydrogen additive technology has been claimed to slash engine emissions by up to 80% and increases fuel efficiency by up to 20%. Fitted within the engine bay (on...