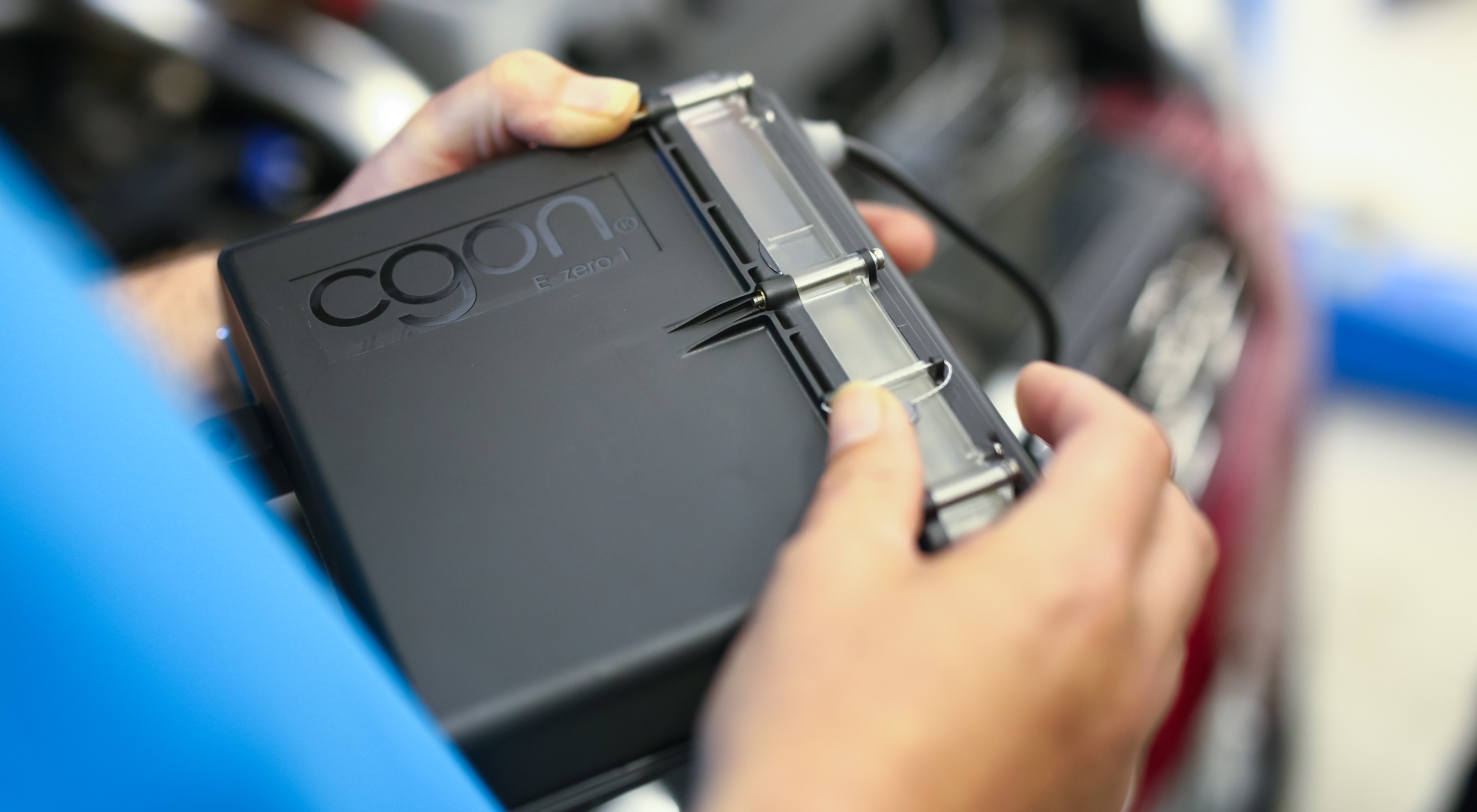 New hydrogen additive technology has been claimed to slash engine emissions by up to 80% and increases fuel efficiency by up to 20%.

Fitted within the engine bay (on any fossil fuel engine), the system introduces small amounts of on-demand hydrogen directly into the fuel-air mix, resulting in more complete combustion.

Independent testing by Emissions Analytics has shown a reduction of 91.3% in PN (particulate number) and 47.9% in NOx and 50.6% in NO2 respectively

According to manufacturer CGON, the patented technology could help clean up air in cities, provide a viable solution to the 100,000 motorists whose cars fail their MoT every month on emissions alone and potentially be licensed to major vehicle manufacturers as standard equipment.

On sale now, CGON’s flagship ezero1 product for passenger cars costs £459 inc. VAT and can be fitted in about an hour.

CGON’s technology creates hydrogen by electrolysis. By selecting the correct materials (via trail and error) for the cathode and the anode and combining with an electrolyte solution, this generates enough hydrogen at an extremely low current with no hazardous bi-products. And not just any hydrogen, but more powerful ortho hydrogen (which burns quicker and promotes more complete combustion).

CGON’s ezero products don’t store any hydrogen onboard at all but create small amounts on-demand. The ezero box is topped up every 6,000 miles with CGON’s patented electrolyte solution (a 250ml pouch of electrolyte costs £5).

CGON produces three different variants of the ezero range, from the ezero1 aimed at smaller engines used in passenger cars and vans, with the ezeroH1 targeted at larger vehicles such as small coaches and light goods vehicles in the 7.5-tonne range, all the way up to the ezeroH2 model for the HGV and bus market.

Police and taxis will run on hydrogen in London - and the Met is trialing hydrogen scooters (can't wait for Pizza Hut to do the same). Amey has also put two hydrogen...