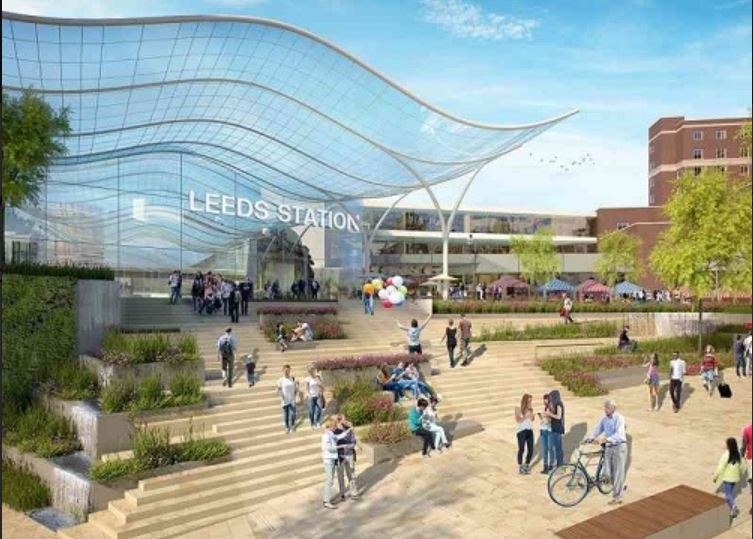 Leeds City Council and LCR have appointed Cushman & Wakefield to advise on the redevelopment of Leeds station and South Bank, one of the largest regeneration areas in Europe.

Cushman & Wakefield will work with the Leeds City Council (LCC) and LCR (formerly London & Continental Railways) over the next three years to deliver strategic advice on the redevelopment of the integrated station and the regeneration of its surrounding area, known as Leeds South Bank, a project which has the potential to double the size of Leeds city centre.

LCC and LCR are collaborating to deliver the Leeds Station Integrated Masterplan (LISM) and a number of other commercial ventures designed to drive regeneration and economic growth.

LCR has become a skilled commercial developer and bills itself as 'the UK Government’s placemaking expert'. with The company's previous schemes include the multi-billion-pound mixed-use developments at King’s Cross and Stratford City – two of London’s most successful regeneration stories.

The partnership will transform Leeds station, already the busiest transport hub in the north, into a world class gateway which provides an interchange between HS2 and other new and existing rail services.

Stephen Miles, a partner at Cushman & Wakefield’s Development & Planning team in Leeds said: “We are involved in what is, arguably, the most significant strategic development mandate in the region. The creation of a new integrated station offers the opportunity to not only establish a new gateway to the Leeds City Region but also to drive the commercial transformation of Leeds South Bank.”

In 2017, the Council prepared the Leeds City Region HS2 Growth Strategy in collaboration with West Yorkshire Combined Authority to maximise the benefits of HS2 and Northern Powerhouse Rail coming to the Leeds City Region. The Strategy anticipates that up to 41,000 new jobs could be created across the City Region generating an extra £54 billion GVA to the region’s economy.

Cushman & Wakefield’s Development & Planning team is advising on HS2 nationally and previously advised on the Leeds HS2 Growth Strategy. In addition, a specialist team has worked on a range of high profile infrastructure projects, including acting as office/retail/leisure advisor at Kings Cross, London, advising Birmingham City Council on the redevelopment of Grand Central in Birmingham and advising Leeds Bradford Airport on the development of a commercial hub adjacent to the airport.

Picture: Cushman & Wakefield has been appointed to advise on the redevelopment of Leeds station and South Bank.

Chris Grayling, the Transport Secretary has confirmed HS2 routes to the North-West, East Midlands and Yorkshire - claiming the decision is set to bring massive economic...