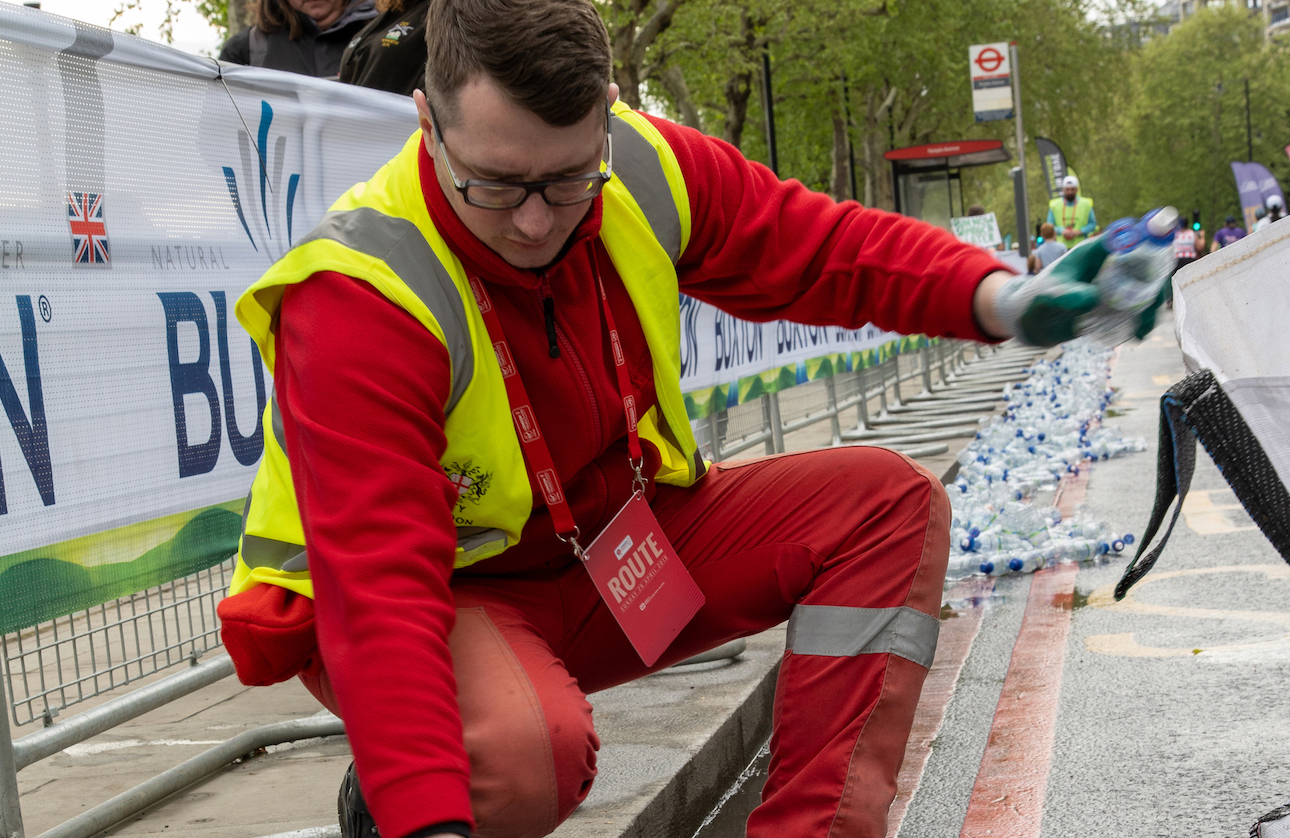 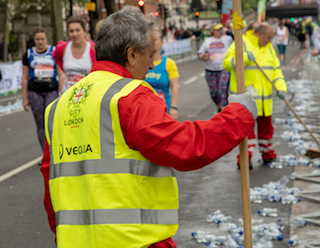 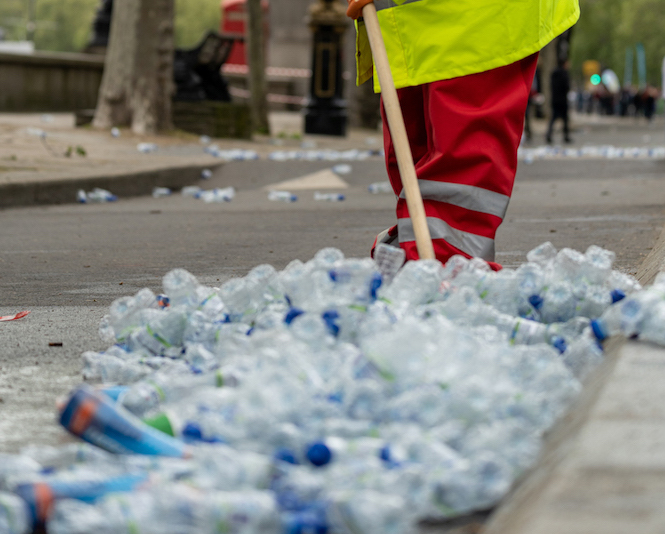 The London Marathon saw 350,000 plastic bottles collected for reprocessing in record time - a PB for the waste management company involved.

The streets in the City of London, Westminster and Tower Hamlets were safely reopened within six hours.

The 26.2 mile race route passed through six London boroughs. Veolia managed the clear-up operation for three of them, making up the largest portion of the event’s route.

Veolia cleared all streets north of the River Thames including the City of London, Westminster and Tower Hamlets, where they deliver street cleansing, recycling and waste collections on behalf of the three local authorities.

Across the three locations, Veolia deployed over 40 vehicles and 120 staff. Based on the results from previous years, the company expects to have cleared over 350,000 plastic bottles from the race course.

“The London Marathon brings a huge number of people to our streets each year. We love bringing the biggest and best events to the city, but clearing up is a huge challenge to make sure our streets remain clean and safe for runners and spectators. With bins located around the borough we encourage everyone to use them to properly dispose of their rubbish. Our Veolia waste collection teams run a marathon clear up operation of their own – more than 700 staff working around the clock to getting the streets get back to normal and making sure all plastic bottles collected are recycled.”

Picture: A sustainable finish for runners' water bottles as City of London Corporation and Veolia work hard get them all on the starting blocks for recycling and clear the roads in under two hours.