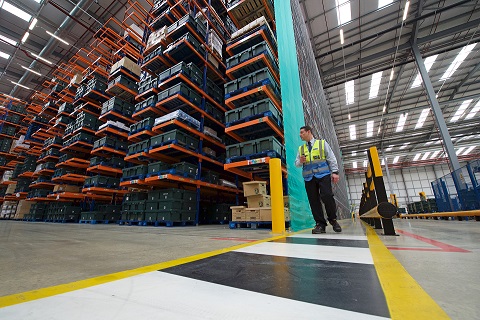 Mitie has moved as fast as it can to acquire Vision Security Group from Compass for £14 million having just sold its pest control business for £40 million to Rentokil.

Mitie is to acquire Vision Security Group - a wholly owned subsidiary of the Compass Group. The consideration of £14 million (on a debt free, cash free basis) will be paid in cash at completion, subject to any adjustment for final completion accounts and will be funded through Mitie’s own cash resources.

On October 1, Mitie agreed to the sale of the entire issued share capital of Mitie Pest Control Limited to Rentokil Initial for a consideration of £40 million in cash (again on a debt free, cash free basis).

At the time, a Mitie spokesperson said: "The majority of the proceeds will be used to strengthen the balance sheet and accelerate partial repayment of the deficit under the Group's defined benefit pension scheme, with the balance being reinvested in core businesses."

On Monday October 8, following the purchase of VSG, Phil Bentley, Chief Executive Officer, Mitie, said: “As a core part of Mitie, our security business has delivered a strong performance over the last three years, with sales growing by over 30%. This acquisition gives us the position we seek to maximise value from our technology-led solutions.”

VSG reported revenue of £192.1 million and losses before tax of £2.7 million in its statutory accounts for the year ended 30 September 2017. At that date, VSG had gross assets with a value of £42.4 million. Although final accounts have not yet been closed, it is expected that VSG will report modest profitability for the financial year ending 30 September 2018.

VSG offers integrated security systems, manned guarding and key holding services, with a team of approximately 6,000 employees servicing more than 1,400 guarding locations and over 5,000 systems locations across the UK and Ireland. The company operates in the retail, shopping centre and distribution & logistics markets along with both the corporate office and public sector markets.

The acquisition of VSG will strengthen Mitie’s Total Security Management (TSM) business. Jason Towse, MD of Mitie TSM, said: “VSG is a well-respected brand in the security market with great clients and great, motivated front-line colleagues who will complement our own offering. Together, we will create the largest intelligence and technology-enabled security business in the UK.”

Mitie Pest's Interim MD, Andy Halsall, will continue his role with the company for a period to ensure a smooth transition of the business from Mitie to Rentokil and ensure continuity of service for Mitie's customers. Mitie has separately entered into a preferred supplier partnership with Rentokil, covering a range of services (including pest services) provided as part of an integrated facilities management offering to Mitie's customers.

Mitie Pest reported profits before tax of £2.0 million for the financial year ended 31 March 2018 with gross assets of £8.7 million.

Phil Bentley, said: "Historically, Mitie has worked with preferred partners to deliver certain specialist services for our clients. By teaming up with Rentokil Initial, we free up funds to invest in our core businesses, whilst ensuring service quality is maintained for our clients."

Mitie TSM is one of the largest security providers in the UK, with annualised revenues of £432 million (year ended 31 March 2018) and more than 13,800 employees. Revenues from technology-enabled services have increased by 130% over the last 5 years and now represent circa 20% of the profits of Mitie TSM.

The acquisition of VSG constitutes a Class 2 transaction for the purposes of the UK Financial Conduct Authority's Listing Rules. The acquisition is expected to complete by the end of October 2018.

The sale of Mitie Pest also constitutes a Class 2 transaction for the purposes of the UK Financial Conduct Authority's Listing Rules.

Picture: Mitie is set to compete the purchase of the Vision Security Group (having recently disposed of Mitie Pest Control to Rentokil Initial). VSG is strong in technology-enabled security and manned guarding and works in a number of environments including distribution & logistics.