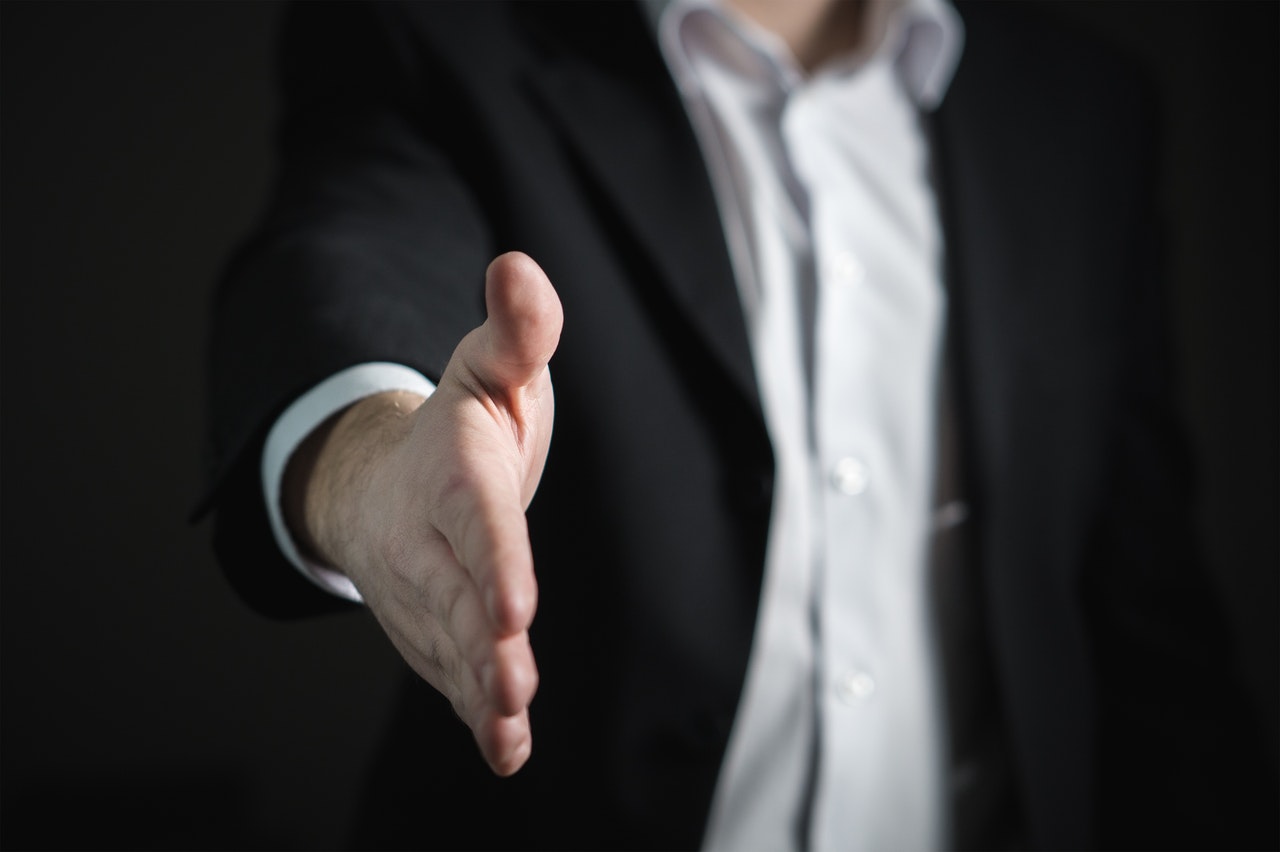 Catch up on the latest new appointments in the world of FM, commercial real estate and the built environment, including appointments at ISS, Novus Property Solutions and Corps. 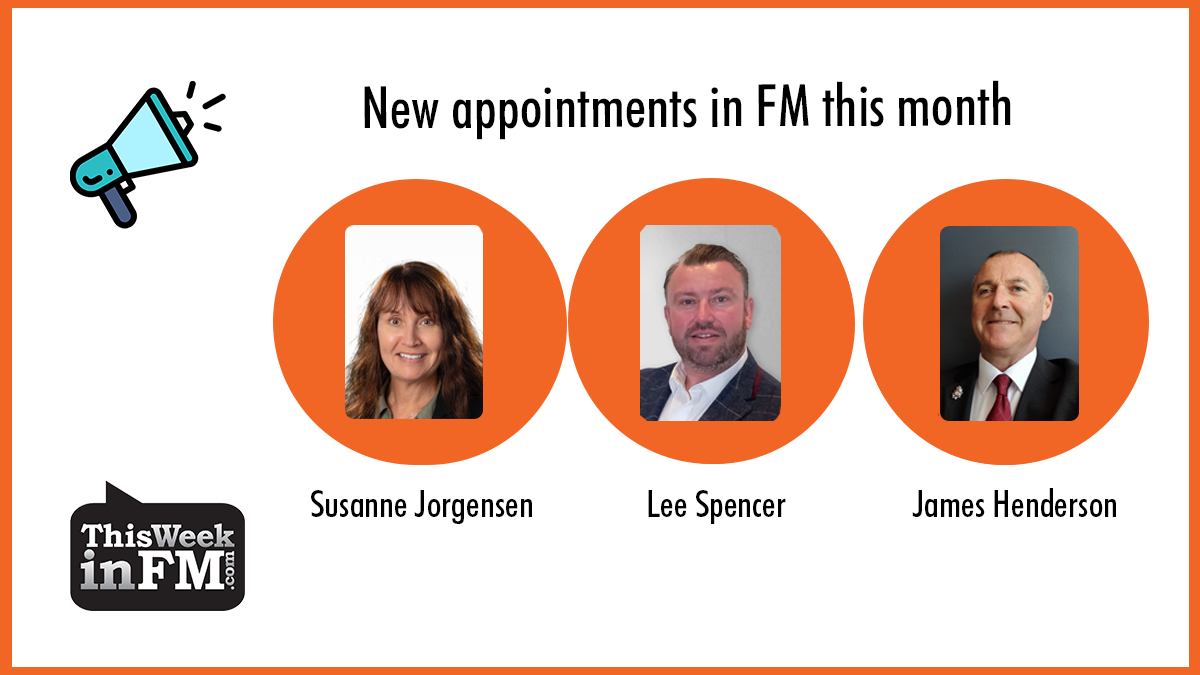 ISS has announced that Susanne Jorgensen will take over the role as CEO, Americas Region and become member of the Executive Group Management.

Dan Ryan, CEO of Americas and Chief Group Commercial Officer, has decided to step down from the EGM and  will leave ISS by the end of July.

Susanne Jorgensen joined ISS in September 2017 first as Regional CFO for Americas before moving to her current role as CEO North America in December 2020. Susanne brings growth, transformation and leadership experience to ISS Americas, and will continue to further our OneISS strategy in the region with a strong focus on diversity and inclusion.

ISS has initiated a search process for the vacant position as Chief Group Commercial Officer and expects to announce this position later this year.

Novus Property Solutions has appointed Lee Spencer as Head of Operations for its Projects service, one of the streamlined offerings launched last year as part of the company’s ambitious five-year growth strategy.

Lee brings over 25 years of experience within the construction sector – including 20 years of contract management experience – to the role, and has a strong reputation across the industry for building client relations and delivering operational excellence. Since entering the construction industry as a tradesperson, Lee has continuously expanded his skillset and advanced his career, successfully delivering a wide range of multi-million-pound new build and refurbishment contracts.

As Head of Operations, Lee will oversee all aspects of these Projects and Interiors services, from initial contact with potential – and existing – clients, to the end of a project term, including bidding and on-site processes.

Commenting on his new role, Lee said: “One of the main reasons I joined Novus is its reputation as a great place to work with a positive culture. I like that it’s a family-owned business that clearly upholds these values, yet has an impressive turnover – it’s rare to find a company with both.

I’m delighted to have joined Novus as Head of Operations for Projects, and have been welcomed into the team straight away. It’s an exciting time to join Novus as it begins to see the positive effects of its growth strategy launched only last year, and I’m looking forward to playing a role in this by nurturing the team and helping to take them – and the business – to the next level.”

Henderson is a security and close protection expert who brings with him a wealth of security management, consulting and covert surveillance experience gained over 30 years across various sectors. Having served in the Parachute Regiment, the Royal Military Police and the Greater Manchester Police, Henderson holds a Frontline Close Protection Licence, is vetted by HM Government to Security Cleared (SC) and is as an active member of the Security Institute. He is working towards being part of the Register of Chartered Security Professionals, a status that 75 per cent of the Corps Consult team holds.

A key part of Hendersons’s role as a security consultant for Corps Consult involves advising corporations in both the public and private sectors on a range of security and risk related issues, including drafting security policy and strategy documents and carrying out security reviews, audits and surveys.

Henderson’s appointment follows that of Chris Nickols CB CBE DL, who took on the role of Chair of Corps Security in December 2021, and Fiona Strens, Professor of Practice on Security & Resilience at the University of Strathclyde, who joined the board as non-executive director three months prior. This is all part of a strategic move to ensure the Corps leadership team comprises the most experienced, knowledgeable and specialist individuals necessary to drive the business forward.

James Henderson said: “It’s a phenomenal feeling to come from military service in overseas hostile environments and join such an inclusive and welcoming team. I feel privileged to be part of a company which has such a rich military heritage, and I am keen to contribute to Corps Consult by drawing upon my own knowledge and experience in counter-terrorism and executive protection. I am also incredibly proud to be working for a social enterprise that supports charity partners like Combat Stress.”

YorPower and PPSpower, who have historically operated as two separate businesses, have joined forces under the directorship of Stephen Peal.

The new business structure aims to offer a solution for customers looking for reliable back-up power solutions of any kind, in the UK or overseas. With most business operations offering a 24/7 service, even a momentary break in power can be disastrous, making the maintenance of emergency power systems a critical part of operations.

ABM, has announced the appointment of Jim Niblock as Managing Director of its UK aviation business.

Previously Operations Director at the firm for nearly four years, and with 25 years of aviation experience, Jim brings a deep understanding of the ABM business as well as a wealth of industry expertise.

Before joining ABM, Jim was Operations Director at the OCS Group. Previously, he worked as Vice President at Menzies Aviation and also held management roles at EasyJet and Servisair.

Speaking on his appointment, Jim commented: “I’m delighted to accept this role at such a crucial time for the sector. For me it’s always been about focussing on individual team members in order to deliver for our customers and shareholders. Having worked side by side with the incredible ABM team through the pandemic, I have no doubt that we can deliver on our ambitions and then some. I am honoured to lead and grow ABM’s aviation team alongside such inspiring colleagues and at such an exciting time.”

Picture: a photograph of a person with an outstretched hand, as if to reach out for a handshake Image Credit: Pexels

Ian Parish, Executive Director at BAM Nuttall, will retire from the business on 31 December 2022, and be succeeded by Huw Jones. Ian will remain within the business...

In the final new appointments roundup of 2022, Elior, Eurest, 14Forty and Cleanology have all welcomed new starters.   Picture: a graphic showing the...

10 Ways Workplaces Can Save Energy

Ulla Riber, Head of Group Workplace Management at ISS, looks at energy management in workspaces through the lens of employee morale and wellbeing. Ulla is supporting...