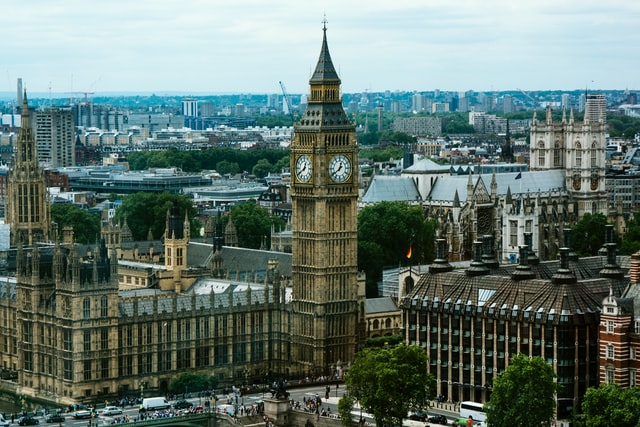 Reports suggest that refurbishment work at the Houses of Parliament has been paused after asbestos was discovered.

According to a story originally reported by HuffPost UK, up to nine staff members may have been exposed to asbestos during October-November 2021.

The news outlet reports that the Health and Safety Executive are investigating an incident of possible exposure and that the construction projects have been paused.

It is rumoured that the discovery was made during safety works at the residence of Commons Speaker, Sir Lindsay Hoyle.

"This type of event demonstrates why the current parliamentary inquiry into the UK’s management of its asbestos is so necessary."

Asbestos is the single greatest cause of work-related deaths in the UK, although the material is only dangerous when disturbed.

“This is entirely typical of the issues faced by the UK as we struggle to manage asbestos safely in over 500,000 workplaces – one in five," said Andrew Paten, Co-Founder of UKNAR (UKNational Asbestos Register).

"When this management fails, both contractors’ and occupants’ lives are endangered and the costs of disruption are very high indeed. This type of event demonstrates why the current parliamentary inquiry into the UK’s management of its asbestos is so necessary. We believe it also illustrates the case for having a national asbestos register as recommended by so many experts during the inquiry.”

Tim Turney, Global Marketing Manager at Casella, also commented: "Despite being banned in the UK, asbestos can still be found in older homes and properties, posing a threat to anyone who disturbs the dangerous material.

“Left alone, the material is not harmful, but once disturbed or disintegrating, it can release asbestos fibres that infiltrate and progressively damage the lungs. The damage results in multiple health defects, such as the lung disease mesothelioma — a cancer that can take up to 20 years to develop, often proving fatal within five years or less.

“Whenever asbestos is removed, it is a legal requirement to use licenced contractors and to ensure strict regulations and guidance are followed to limit the potential release of dangerous, airborne fibres. The guidance, depending on national practice, typically includes personal air sampling and/or static air sampling, to ensure that there is no exposure during remediation work or during the cleaning and clearance processes at a removal site. “

The restoration of the Grade II listed building is estimated to be a £4 billion project, spanning access improvements, removal of cabling, stonework, asbestos removal and other extensive structural work.

Editor's note: This is a developing news story and will be updated when new information becomes available

Picture: a photograph of the Palace of Westminster. Image Credit: Unsplash

HuffPost has revealed that more than half a million pounds a year is spent on a fleet of cars to courier ministerial red boxes and briefing documents. A Freedom of...