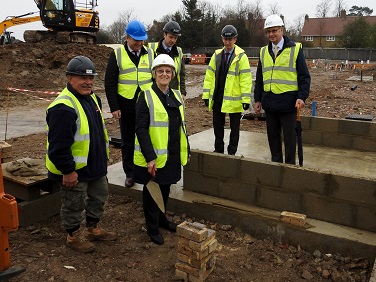 One4All has called for property and construction businesses to recognise staff in free the free Spotlight Awards. Nominations are open now and close on July 6.

Every company in the sector has the opportunity to nominate, recognise and reward their exceptional staff as the annual awards returns for a third year.

Winners will receive up to £300 in One4all Gift Cards, which can be spent in more than 50,000 stores nationwide.

Alan Smith, UK MD at One4all Rewards, said: “Since launching the awards back in 2016 we have seen hundreds of businesses taking the opportunity to recognise the hard work of their staff, free of charge.

“We understand it can be hard to reward staff for their efforts, especially in times where budgets are limited but UK bosses need to remember the impact recognition and gratitude for a job well done can have on staff morale and happiness in work. Recent research we carried out highlighted that being thanked by bosses more often would increase the morale of 21% of UK workers, while a similar number (20%) said increased recognition from their boss for their work and contributions would also make them happier in the workplace.”

The awards will be judged by a panel of independent experts from the business world and a representative from One4all Rewards.

UK military housing charity Haig Housing Trust has announced that 100 Veterans will walk 100 miles from Ypres to the Cenotaph to mark 100 years since the end of the First World War.

Haig Housing was one of the organisers of the hugely successful Poppies at The Tower installation which raised millions for Veterans charities and is the country’s leading charity for military housing. The Long Walk Home has been planned as a mark of respect to those who died in the Great War and will raise funds for the charity. It is also an important milestone for Haig Housing as it was launched in memory of Earl Haig soon after the Great War.

Each of the walkers will be taken to Ypres in Belgium and there they will begin their journey home. Over the next four days they will walk over a hundred miles from Ypres to the Belgian coast and then from Dover to London.

Along the route from Dover to central London the people of Kent are going to be asked to host the walkers overnight. It is hoped that the walkers will be joined along the route in November by the public, politicians and celebrities to raise awareness and raise funds for the charity.

Chief Executive of Haig Housing, Brigadier James Richardson MBE said: “Haig Housing Trust started its life to meet the needs of Veterans returning from the Great War. Prime Minister Lloyd George campaigned to build homes fit for heroes and ever since Haig has striven to do just that. The Long Walk Home recognises the great sacrifice given by so many in that war and its pilgrimage to walk the route from Flanders to the Cenotaph to take part in the National Act of Remembrance by today’s Veterans will be a poignant commemoration."

A Lesson in Education Estate Management

The 2016 Higher Education Estates and Facilities Awards took place at the Gala dinner on the final night of the annual AUDE conference held at Exeter University...