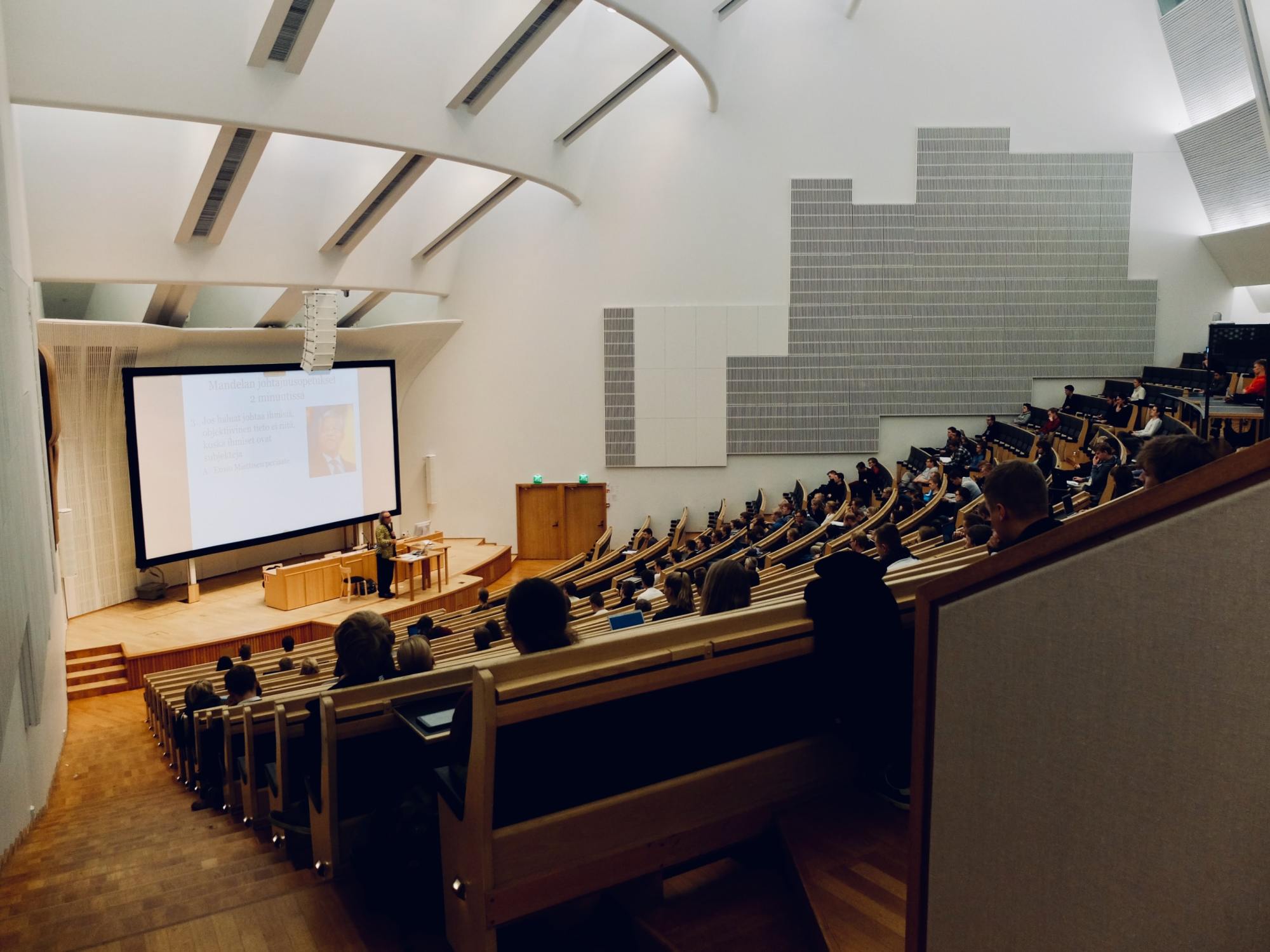 The concept of smart buildings is being driven by a need for buildings to reduce carbon, reduce costs, and improve occupants' environment, therefore allowing them to be more productive, prioritising their health and wellbeing. How is this applicable in the education sector?

amBX have written a whitepaper on smart buildings, and how we can expect to see more of them in the future, as their SmartCore technology enables smart buildings with an interoperable control platform. One of the key features is smart lighting control and monitoring, in particular circadian lighting, which is human-centric illumination appropriate for our natural body clock.

Improving With the Next Generation

Research published by Vodafone shows that currently, in the UK and EU, buildings are responsible for 36 per cent of overall carbon emissions. There is much that can be done to improve this. Many believe it starts with schools – upgrading and retrofitting, involving students, and educating them about environmentally friendly solutions and how they can have a positive impact now and in the future. Added to the fact that school buildings are rapidly ageing and becoming increasingly inefficient, leading to unnecessary carbon emissions and high utility bills.

The Let's Go Zero campaign states that 60 per cent of the energy used by schools is wasted out-of-hours, and schools in England alone spend £600m per year on energy, the second-largest budget item after staff salaries.

By installing Smart Heating, Ventilation, and Air Conditioning (HVAC) systems that coordinate through the exchange of data to optimise each function's efficiency also help create smarter buildings. Motion sensors also prevent wasteful cooling, heating and lighting of empty or low utilised spaces. In addition, predictive maintenance through smart technology can eliminate the wasteful replacement and breakdown of a building's assets.

Smart IoT sensors that monitor electricity, gas and water can help Facility Managers identify areas where wastage occurs, and simple changes can be made, which amount to big savings. Combining these sensors with AI and machine learning, presents an opportunity for the building to begin to make these changes and decisions by itself, autonomously saving energy and water.

Therefore, if schools are adopting new smart HVAC systems, it makes sense to also investigate the lighting of the schools. If there is a need to be smarter to reduce costs and emissions, then surely lighting that also benefits students’ health should be considered. In schools, the results of recent research into the effects of applying circadian lighting capabilities and principles show a marked difference in how this type of lighting can deliver compared to conventional lighting set-ups.

Understanding the impact of light on human behaviour has advanced rapidly. It is now possible to use circadian lighting principles easily and cost-effectively. In human beings' evolution, we have been exposed to artificial light for an extremely short amount of time. However, many of us now spend most of our day under artificial light and until very recently, this lighting has failed to reproduce the light experience for which we are "programmed". A 2020 survey by Future Workplace also concluded that natural light makes a considerable difference to employee wellbeing. Acting on this and other aspects of unnatural working circumstances is just one aspect of applicable biophilic design.

As well as using lighting to help synchronise the human circadian cycle, it has been found that levels of illuminance are key to cognitive performance. A 2011 study in the Netherlands found that increasing illuminance levels in schools at certain times of day and changing the colour temperature of the lights indicated a positive influence on pupils' concentration. Researchers found students were more alert and scored higher on their tests when they were in a classroom with 6500K lighting.

A further study conducted by Kazan State University in 2015 demonstrated the influence of different lighting types on visual performance. For example, there was a 20% improvement in the performance of the tasks speed during tests where the colour temperature was 5800K in comparison to fluorescent lighting. The number of errors also reduced hugely.

SmartCore technology from amBX helps to improve occupant health and wellbeing as it follows the Circadian rhythm, maintaining natural body clocks, by ensuring we receive the right amount, quality, colour, and intensity of light at the right times of the day. The Education sector is one of many currently adopting and embracing smart technology to achieve this and create an environment that allows students to thrive.

Bagheri and Hagighi Movahed predicts the global adoption rate of IoE (Internet of Everything) in education will rise from less than 5 per cent in 2013 to 32 per cent by 2022. Critical decisions about the carbon footprint of the built environment must be made if we are to achieve Government net zero carbon targets, and smart technology has a huge role to play in this.

Dogu Taskiran, a software developer, a smart city thought leader and the CEO of Stambol Studios, shared his views on digital twins and smart buildings with us earlier in the month.