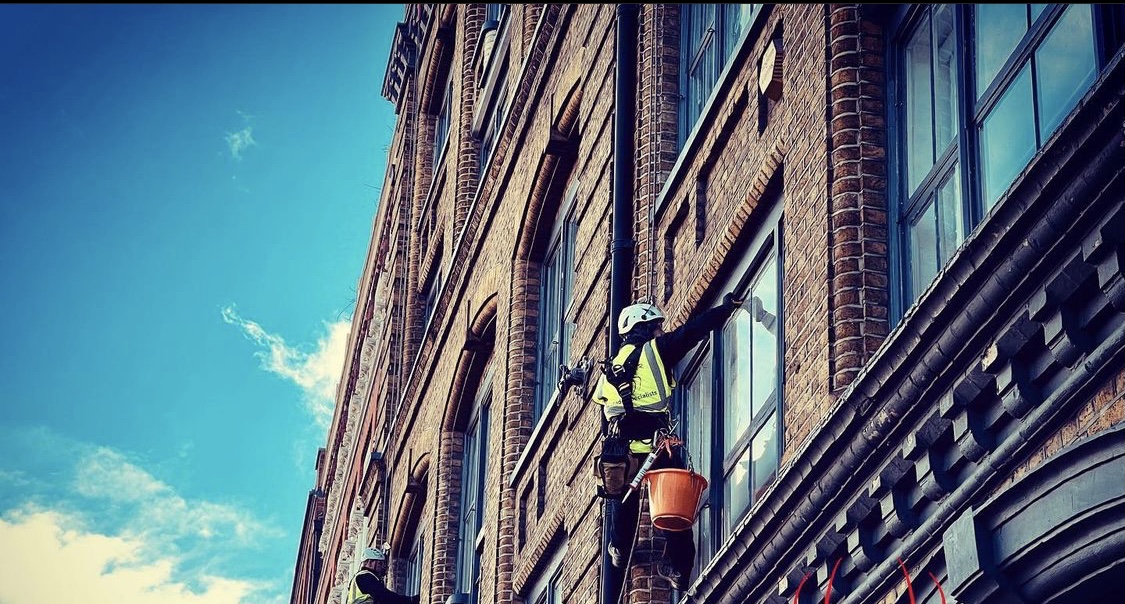 When it comes to maintaining tall buildings, whether it's leak investigation, exterior painting or pest control, professional industrial abseiling can be a great value solution.

An alternative to unsightly scaffolding, industrial abseiling allows professionals to carry out maintenance services at height and in difficult to access areas.

Spider Rope Access focuses on façade restoration & building maintenance in London and across the entire United Kingdom, working on iconic buildings such as Wardian in Canary Wharf and Moor House in central London.

They have recently delivered a condition survey for a high-end client at Northumberland Avenue, next to Trafalgar Square. After discovering major defects in the building, the next phase is to execute planned maintenance on the exterior facade of the building to preserve its life for years to come.

Picture: a photograph of Spider Rope Access' team working on a building.

Liverpool has lost its World Heritage status, in part due to the construction of Liverpool Waters, a massive redevelopment of the historic docklands north of the...

Dartford Courts and Police Station has become The Hill Hub, a state-of-the-art co-working space. Located right in the heart of Kent, The Hill Hub consists of...