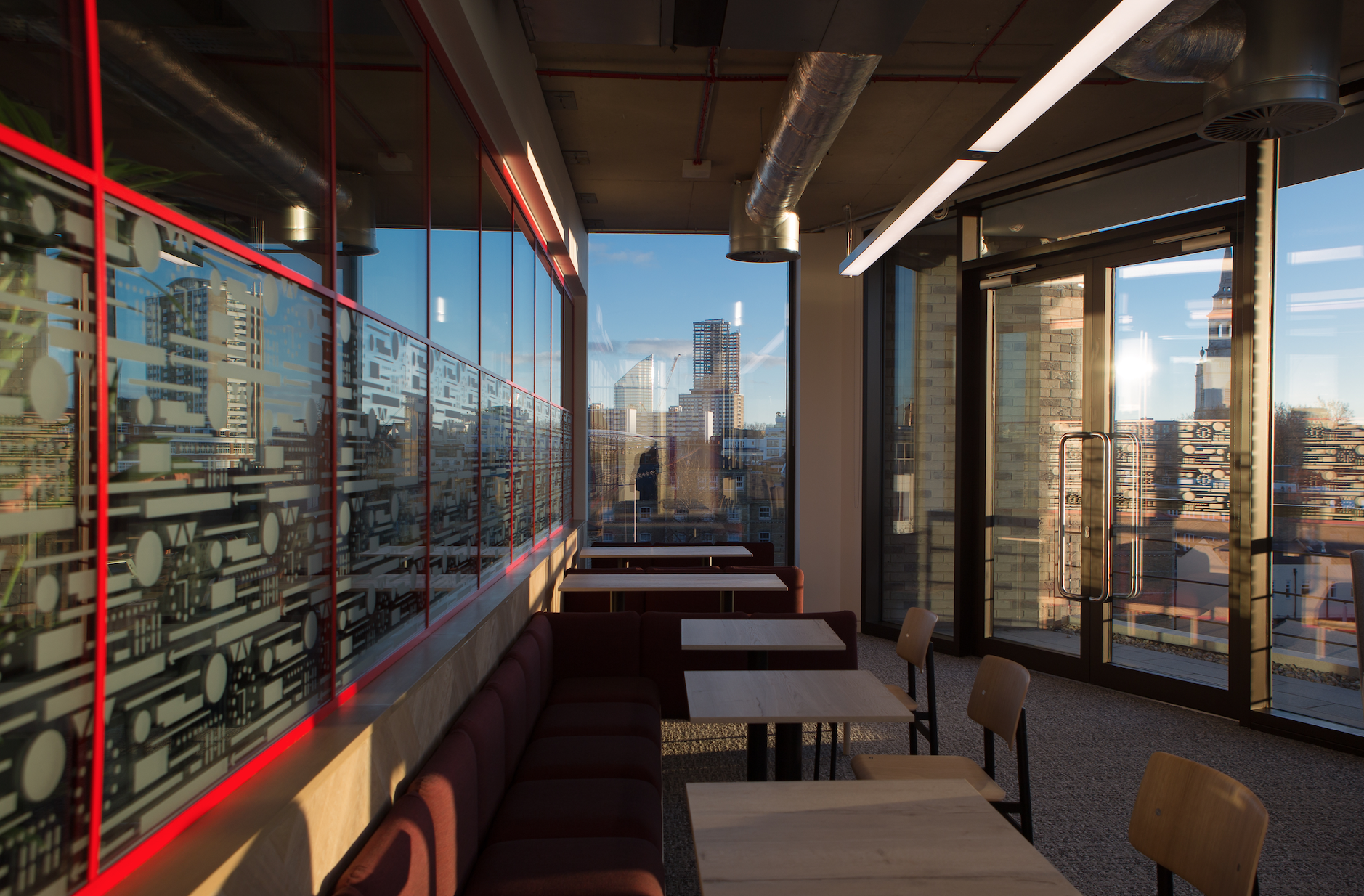 Completing this year’s line-up of workplace tours for Workplace Week London 2019 (11-15 November 2019) is the ultra-modern headquarters of sports betting exchange agency, Smarkets - tickets are (just about) on sale for all the hosting venues. Smarkets is on Friday 15.

Advanced Workplace Associates organises the event in aid of BBC Children in Need. Workplace Week is the only dedicated week of its kind in the industry calendar to showcase real life examples of workplace innovation, creativity and agility.

Offering 360 penthouse views of the Docks, Tower Bridge and the City, the state of the art office space boasts a light and airy feel, with its semi-open plan layout, glass walls and doors, a 360 balcony and a vibrant ‘living wall’ to ‘bring the outside in’.

With a series of stylish boardrooms and moving hot-desks located at one half of the office, the other boasts a large, social eating space, complete with fully-equipped, professionally manned, marble-clad kitchen (offering three free restaurant-quality meals a day!), a games area and soundproof booths for meetings, phone calls and Skype interviews.

Join the tour on Friday November 15.

The full line-up of workplace tours has been announced for Workplace Week London commencing 11 November 2019.

30 organisations have confirmed their support for the ninth outing of the philanthropic week, which over its previous eight year history has raised over £100,000 for BBC Children in Need.

More than 15 organisations new to the line-up will open their doors to the public for the very first time, including some of the world’s biggest tech, media, entertainment, facilities management, legal, fashion and finance firms.

In addition to the ‘working workplace’ tours, Workplace Week London will also feature a programme of fringe events, networking seminars and discussions tackling the big issues relating to the future world of work.

More on the premieres

Dr. Martens: Iconic British footwear brand Dr. Martens moved into its new global HQ in vibrant Camden town. Made famous by the punk rock era, the connection with music has inspired the design throughout the building, with standout features including a large stage, complete with drum kit.

Deliveroo: Following rapid growth, Deliveroo, the six-year-old start-up that is on a mission to transform the way customers eat, moved into its current river-side location in 2017 and now employs more than 1,000 full-time staff and works with over 20,000 restaurants in 130 cities around the world.

Skyscanner: Listed by Glassdoor as one of London’s ‘Coolest Office Spaces in 2018’, and previously ranked sixth in The Sunday Times ‘Top Places to Work’, Skyscanner has created a futureproof workplace for its 230 employees. 95% of employees believe Skyscanner ensures their wellbeing at work, 91% feel their work environment is conducive to effective working, and 85% believe they can balance work and personal commitments.

ASOS: Home to one of the leading destinations for fashion-loving twenty somethings, the north London headquarters of ASOS has creativity and authenticity rooted deep within its foundations. Located in a former 1920s tobacco factory in Mornington Crescent, Greater London House incorporates a sophisticated and eclectic art deco vibe, with an abundance of bright natural light and modern furnishings.

Framestore: Oscar winning visual effects firm, Framestore, home to a collective of visionaries working across film, advertising and content, has won every major industry award. The London HQ relocated at the beginning of 2018, from five buildings in Soho as part of a significant consolidation and expansion move, to its current 95,000 square foot location at 28 Chancery Lane, currently home to its 1000 strong workforce.

Photobox: Housing 400 employees from across the group’s five brands Photobox, Moonpig, Hofmann, PosterXXL and Greetz; Photobox Group, Europe’s leading digital consumer service for personalised products and gifts has recently celebrated the opening of its new state-of-the-art headquarters at Herbal House in June 2018 - a 37,000 sq. ft. office which reinstates the roots of the building as a hub of creativity and high-profile business.

LinkedIn: Over 27 million people in the UK use LinkedIn to make professional connections. Marking an exciting first, LinkedIn, will offer an exclusive tour of its brand new premises at The Ray Farringdon, a mixed-use development providing exceptional commercial and office space in Farringdon Road, split over seven levels.

Lego, Justgiving and Transferwise have confirmed their support of Workplace Week 2018 In Aid Of Children In Need - which will take place the week commencing November...