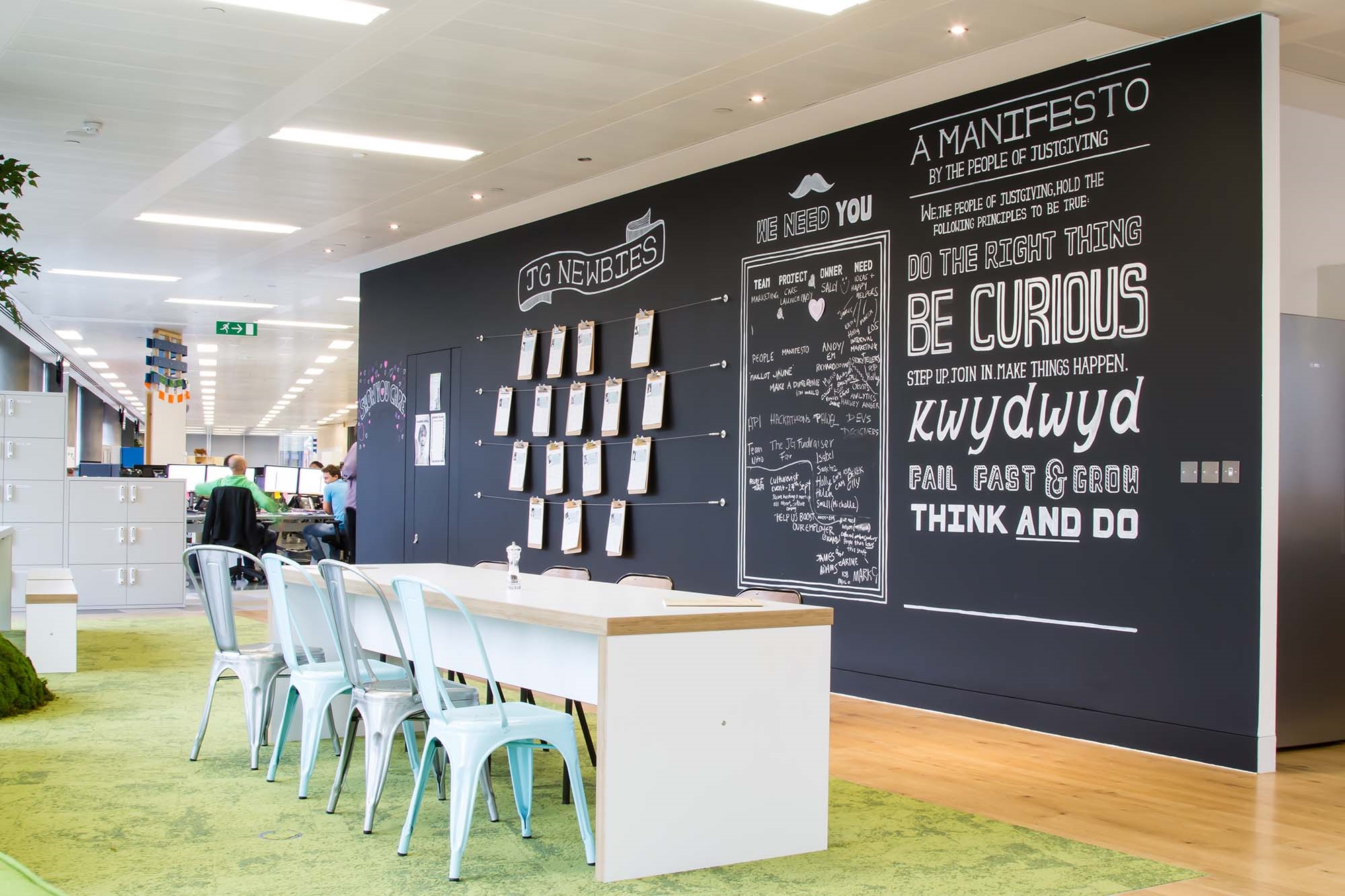 More than 20 organisations, including 10 debutants, have confirmed their support for the philanthropic week, which has so far raised over £100,000 for BBC’s Children in Need.

This year’s week-long workplace spectacle involves a dynamic programme of workplace tours and fringe events across London. Organisations will open their doors to the public for the very first time, including some of the world’s biggest banking, travel, technology, media, creative and professional services firms.

Let yourself go at Lego

Lego's four storey office block in the heart of the capital houses more than 200 employees and offers an unusual work environment. From the funky pendant lights that swing like spaceships to the Lego skyline that perfectly replicates the panoramic views of the city, this workplace’s dash of madcap novelty certainly adds to the employee experience.

Just give in and go to JustGiving

Following JustGiving’s relocation from Paddington in 2014, the design team behind the organisation’s current 30,000sq.ft campus-style base in Southwark reused 70% of the existing furniture, interior structure and finishes. The design has also maximised the use of simple, raw materials to incorporate semi built structures, huts and hideouts, creating a natural space with a modern, open feel to encourage collaboration and open discussion.

Global money transfer company and one of Europe's most successful fintech companies Transferwise has also signed up for its Workplace Week debut. Its London headquarters scooped up the silver medal at last year’s London Design Awards and was named one of GlassDoor’s ‘Top 10 Coolest Offices’ in 2017. The quirky Shoreditch workspace is located in a former tea factory. With 200 employees from 30 different nationalities working within the space, the design aims to inspire energy, creativity and collaboration. In addition to a roof terrace, colourful hammocks and table tennis tables, there’s a padded sleep cell and a sauna – a nod to the Estonian heritage of the company's cofounders.

Also joining the line-up is the award winning 'supercampus' of Here East, the former broadcast and press centre for the Olympics. Described as 'bold, brave and transformational', the 1 millionsq.ft - yes that's a massive old fashioned imperial one million square foot - versatile space now houses some of the world’s most innovative businesses including UCL, BT Sport and Ford’s European Smart Mobility Innovation Office.

Meanwhile, 20 other organisations have signed up to take part in Workplace Week London including those listed in the UK’s top 10 coolest offices in 2017. The week will offer a sneak peek into London’s most iconic buildings, including The Shard and the Blue Fin Building and there will be the chance to tour the recently unveiled Huckletree West co-working space in White City for those seeking a ‘community for the curious’.

To find out more about the workplaces taking part in Workplace Week 2018 and to book tickets, go to www.workplaceweek.com

Picture: Huckletree West co-working space in White City for those seeking a ‘community for the curious’.

Lego, Justgiving and Transferwise have confirmed their support of Workplace Week 2018 In Aid Of Children In Need - which will take place the week commencing November...

On average, British employees come into the office less than 1.5 days a week, according to a global study of almost 80 offices across 13 countries. This is versus...