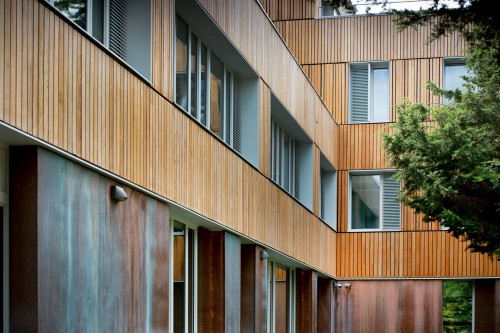 Research commissioned by Willmott Dixon reveals councils in England in Wales will struggle to reach sustainability goals unless work is carried out on many of their buildings to make them more energy efficient.

44 per cent of councillors admit that unless work is done to retrofit and decarbonise their building stock, utility bills will soon become unaffordable. Some 15 per cent have even warned that their public buildings would become unusable.

More than half (58 per cent) of the 509 councillors surveyed are concerned that scaling up efforts to decarbonise and retrofit their public building stock is being impacted by budget shortfalls. Almost half (48 per cent) also cited that the scale of the challenge is a barrier.

The government has estimated that the cost of decarbonising UK public sector buildings is estimated to be £25-30 billion. Without this investment, the UK will fail to meet its aim of net zero emissions by 2050.

Of those who do know what budget has been allocated, 20 per cent of councillors -the largest single proportion - say it is between £100,000 and £10 million.

Challenges relating to skills are common, with more than one in five councillors (21 per cent) admitting they are having to outsource retrofit and decarbonisation work to consultants due to a lack of knowledge of retrofit projects within the council.

Jo Mills, Willmott Dixon’s Head of Decarbonisation, said: "This is a stark wake-up call of the enormous challenge facing the public sector across the country to decarbonise and meet net-zero.

“With warnings from almost half of councils that the situation is so serious they may not be able to keep the lights on, time is rapidly running out for many local authorities to get a viable plan in place to ensure their public buildings remain fit for purpose.

“It’s hard to believe that a year on from the pledges made at COP26 in Glasgow, more than half (56 per cent) of councillors are still unsure what their budget is for retrofitting and decarbonising their estates. There is no doubt that funding remains a huge barrier to this vital work being carried out, leaving many councils struggling to remain on target to meet net-zero.”

Building maintenance and cleaning costs are to rise by 4.8 per cent and 7.7 per cent respectively this year.  The Building Cost Information Service...

MOBIE, Grimshaw and Mace are inviting young people to submit ideas on how to upgrade homes and re-use old or vacant buildings, to help us reduce our need for energy and...

Predictions for Supply Chain Issues in 2023

Alex Minett from CHAS, the supply chain risk management company, looks at seven issues that will affect supply chains in 2023.  The last year has been challenging...

In the final new appointments roundup of 2022, Elior, Eurest, 14Forty and Cleanology have all welcomed new starters.   Picture: a graphic showing the...