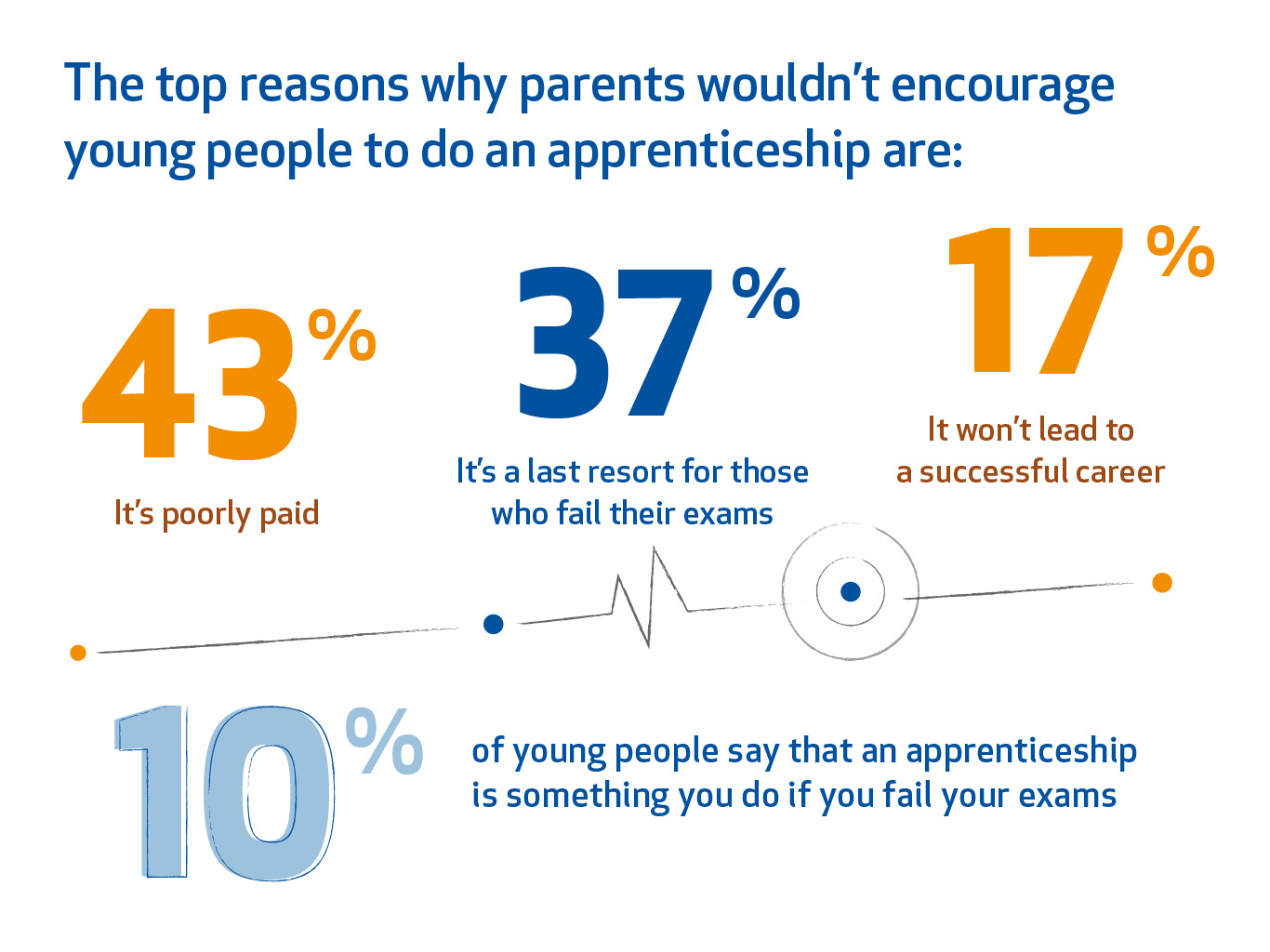 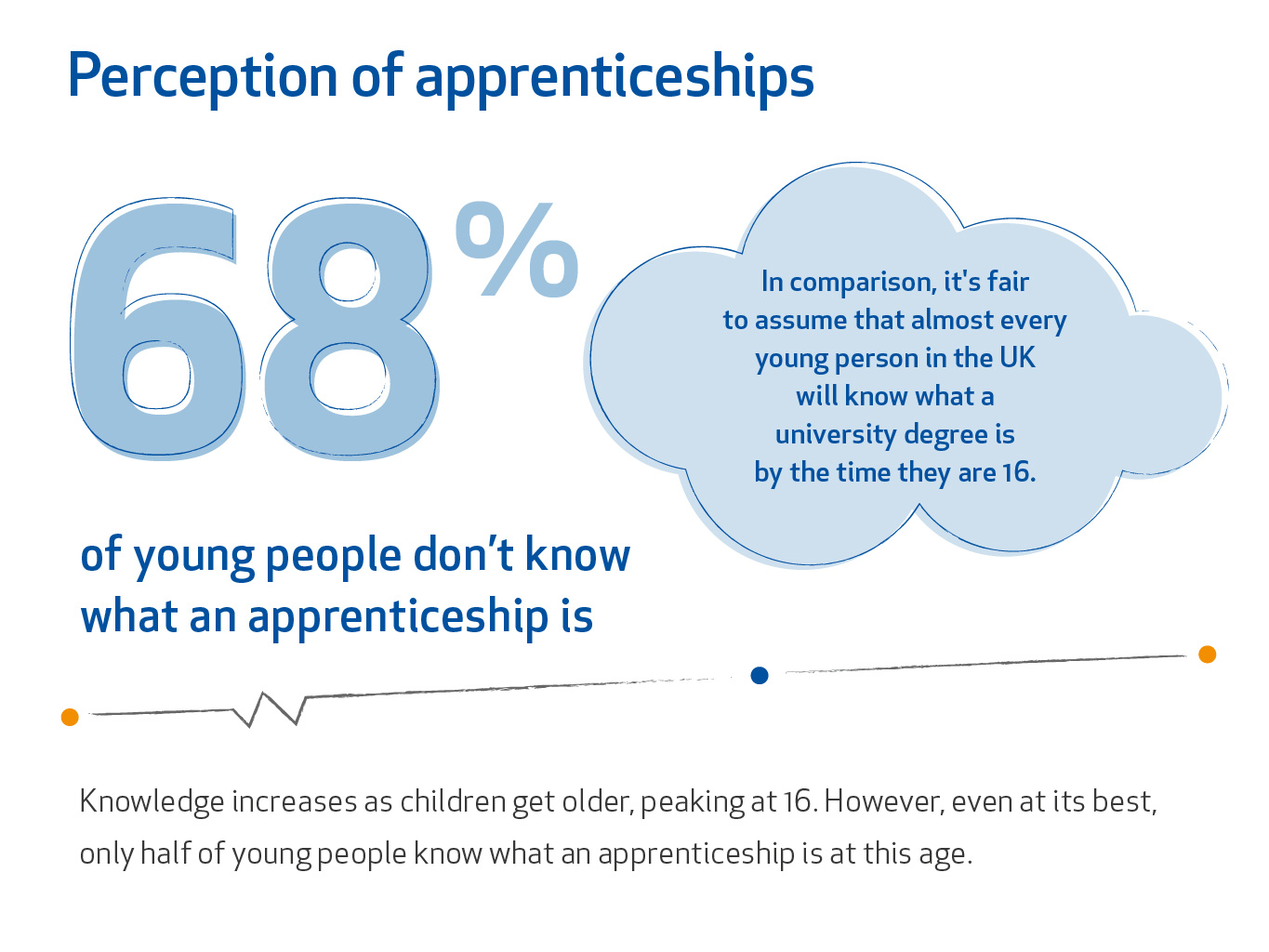 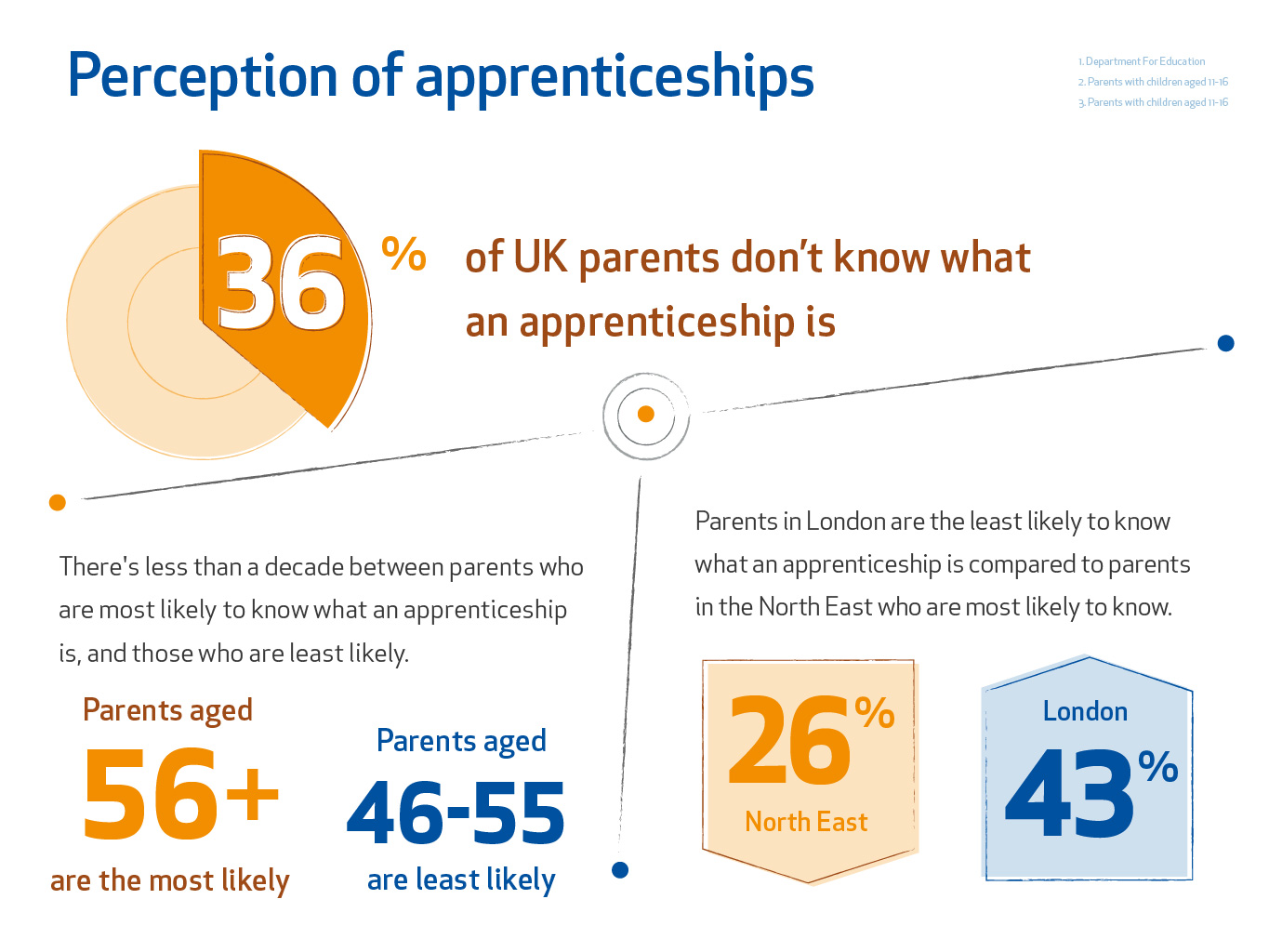 Apprenticeships are pigeon-holed for children who ‘fail’ by parents who know what they are - 36% don’t. This lack of awareness is limiting career choices is signalling a wider awareness problem which is having an impact on career choices and creating a skills gaps in key industries - including FM - says a new piece of research.

The research follows news of the T-levels programme and the Apprentice Levy – which aim to present young people with more choices in educational pathways. However, at the same time reports from the UK government show a decline in new apprentices for March 2018, which are down 28 per cent compared to the same period a year ago.

With so many parents of children aged 11 to 16 unsure what an apprenticeship is, it’s no surprise that the majority (68%) of young people don’t know either, despite being at the age that they will start to make decisions about the direction of their career.

However, Mum and Dad are in the driving seat when it comes to career choices. When asked who or what influences these decisions, Mum and Dad together were number one (66%), followed by teachers and school (41%), the lessons children enjoy (31%) and then friends (14%).

ABM UK Director Adam Baker said:“We were shocked to find a genuine lack of knowledge on apprenticeships amongst parents and that many still consider them to be a last resort for children who fail their exams. It shows a need for a more unified approach and a better way of communicating, especially with parents, whose influence alongside teachers is critical.

“When a young person is set to choose a university, there’s a huge amount of support from schools, parents and educational bodies. We need similar representation for apprenticeships and technical careers to ensure young people in the UK don’t miss out on enriching, lucrative and credible career options. It’s vital we give parents and schools more information and empower them to show children all the options open to them.”

Further findings revealed that for those parents who knew what an apprenticeship was, just 14 per cent considered it to be a good option, with three times as many parents (42%) saying that they wanted their children to attend university, despite crippling tuition fees and long-term debt prospects.

The top reasons given for not encouraging their child to undertake an apprenticeship were that they were thought to be poorly paid (43%) because they see it as a last resort for those who fail their exams (37%) and that apprenticeships don’t lead to successful careers (17%).

The engineering and facilities management industries are particularly disadvantaged by the awareness gap. 60 per cent of young people said that they were unlikely to even consider working in engineering or facilities management, with over a third (39%) saying that they wouldn’t consider working in this area because they didn’t know anything about it. When asked, just a quarter of parents said they would encourage their children to consider careers in these areas.

ABM UK commissioned the research as part of its ongoing plan to attract new talent to the engineering and facilities management industry. In January this year it welcomed 36 West London schoolchildren into the pilot of its first-ever Junior Engineering Engagement Programme (J.E.E.P). Plans are in place to extend it to further schools from September 2018.

British Institute of Facilities Management CEO Linda Hausmanis said: “We welcome this important research and the J.E.E.P. initiative. The facilities and workplace management industry is currently experiencing a serious skills gap preventing it from reaching its full economic potential. This is a diverse industry with relatively low barriers to entry and yet excellent prospects, supported by a career pathway from entry to executive level.

“The awareness gap to potential opportunities highlighted by this research evidences a long-suspected need for concerted, early intervention to promote facilities management as a career of choice and its technical education route of entry. BIFM has recently partnered with the Department for Work and Pensions to seek further opportunities for collaboration on this important matter to identify and encourage the next generation of facilities management professionals.”

Picture: Reasons why parents discourage their children from embarking on apprenticeships - and other stats from a recent ABM UK piece of research.

Still Not Learning Directly From Too Big To Fail Mistakes

Further education provider Learndirect has again been slammed by a Parliamentary Committee as we move through National Apprenticeship Week 2018   A Public...