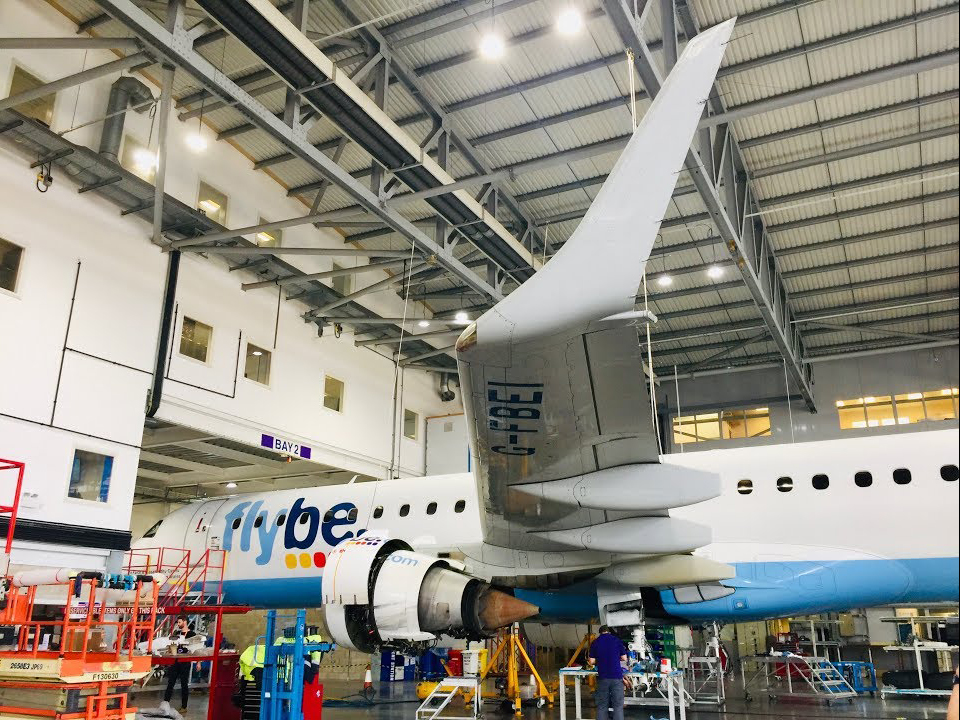 Flybe, the airline company, was sentenced on 4 February 2020 for the unsafe operation of a passenger lift. Meanwhile, a number of other firms have found themselves fined for making a pig's ear out of H&S.

Flybe was fined after an investigation into a worker falling into a lift shaft at Exeter Airport uncovered other health and safety failings.

Exeter Magistrates’ Court heard that on 15 May 2016, a 34-year-old employee was moving a loaded lift trolley in the tool department of Hanger 2 when he fell into the lift shaft to the bottom floor and suffered injuries.

Although the exact cause of the incident could not be established, a Health & Safety Executive investigation found that the lift doors had a fault which meant that they defaulted to locked. As a result, the emergency door release key was being routinely used by employees to bypass the fault and therefore the lift’s safety devices.

“Despite a fault, busy workers who were moving parts and tools felt compelled to keep the lift in use. The safety features of the lift were therefore made redundant. The HSE will not hesitate to take appropriate enforcement action against those that fall below required standards,” said HSE inspector Emma O’Hara after the hearing.

An engineering company has been fined after a 31-year-old employee fell through a hole in a mezzanine floor during construction work being carried out in Bristol.

Bristol Magistrates’ Court heard that on 13 November 2018, an employee of N&C Engineering Services was involved with the installation of flooring at Albion Dockside Works, Hanover Place, Bristol. An opening had been cut in the boarded-out mezzanine floor through which the employee fell three metres to the ground, suffering serious head injuries.

Now liquidated, N&C Engineering Services Limited of Somerset was found guilty of breaching Regulation 4(1) of the Work at Height Regulations

Speaking after the hearing on February 3, HSE inspector, Ian Whittles said: “This incident so easily could have been avoided by simply carrying out correct control measures and safe working practices."

Storing up work at height risk

A roofing contractor has been fined after an employee fell six metres. Basingstoke Magistrates’ Court heard on January 27 that on 21 June 2017, the man was working on the roof at Lok N Store facility, Basingstoke with two other roofers as part of a 10-week long roof replacement project.

The old asbestos cement sheet roof was being removed and replaced with Trisomet sheeting. The man and a colleague were working up on the roof and another colleague was working within the building to remove bolts from the underside of the old roof. The man fell 6.7m from the open edge of the roof to the concrete floor below. He sustained multiple fractures.

An investigation by the HSE found that Lane Roofing Contractors failed to properly plan and appropriately supervise the work to ensure that the risks created by working at height on a roof was carried out in a safe manner. The Birmingham based company pleaded guilty to breaching Regulation 4 (1) of the Work at Height Regulations 2005. The company was fined £60,000 and ordered to pay costs of £7,164.80.

After the hearing, HSE inspector Sharron Cripps said: “Falls from height remain the most common cause of work-related fatalities and serious injuries in the construction industry and the risks associated with working at height are well-known.

“Working at height, with large open edges can be particularly dangerous and it is important that those in control of the work identify the risks posed by replacing roofs and then take appropriate control measures.”

January 31 saw Paisley Sheriff Court hear that on 13 December 2016 an employee of Recycled Packing was seriously injured in a warehouse in Hillington, Glasgow, when he was struck by a falling bale of paper which weighed approximately 500kg, becoming trapped beneath it.

An investigation by the HSE identified that the method of storing bales was unsuitable and bales were stacked in single columns up to five high with no support or ‘tying in’ to aid stability. The investigation also found that the practice of removing contamination from bales by hand created voids in lower bales contributing to the risk of stack instability.

Recycled packaging Ltd of Muriel Street, Barrhead pleaded guilty to breaching Section 2(1) of the Health and Safety at Work etc Act 1974 and was fined £20,000.

Speaking after the hearing, HSE inspector Jane Scott said: “In the waste and recycling sector the risks associated with falling objects are well known. This incident could easily have been avoided by providing a segregated workspace for operatives to clean bales before they are stacked and safe bale stacking procedures."

An employer has been sentenced for failing to reduce the exposure and spread of asbestos when demolishing a large pig shed.

Lincolnshire Magistrates’ Court heard that, in July and August 2018, whilst carrying out demolition and asbestos removal works at the former pig shed on Caenby Corner, Market Rasen, Lincolnshire, Barry Patchett, trading as BSN Demolition, had failed to remove asbestos-containing materials (ACMs) prior to commencing the work. Consequently, the ACMs were needlessly broken up in significant quantities across the site, leading to the risk of spreading asbestos fibres.

An HSE investigation found that Patchett had received the relevant training on how to remove non-licenced asbestos and had submitted a plan of work to the client which included removing the asbestos sheets manually before demolition - which he chose not to follow.

Patchett also failed to have a copy of the plan of work on the premises for workers to follow at the time of the demolition.

Patchett of Firebeacon Farm, Wragholme, Louth pleaded guilty to contravening Regulations 7(2), 11(1) and 12 of the Control of Asbestos Regulations 2012, and was sentenced to 12 weeks imprisonment, suspended for one year, and ordered to pay costs of £1,000.

Speaking after the hearing, HSE inspector Stuart Whitesmith said: “Asbestos-related disease still kills around 5,000 workers each year. Asbestos is not just a problem of the past; it can be present today in any building or industrial process plant built or refurbished before the year 2000.”

Picture: Flybe have a large presence at Exeter Airport but have faced safety concerns.