Still Not Learning Directly From Too Big To Fail Mistakes 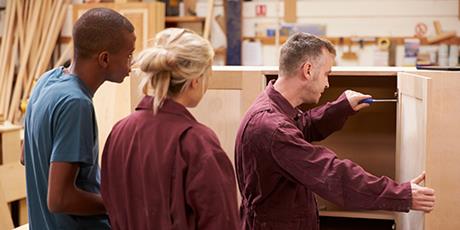 A Public Accounts Committee report has again urged action in the wake of apparent special treatment given to the 'inadequate' further education provider Learndirect.

With the collapse of Carillion, questions are rightly being asked about how Government manages companies who deliver public services.

The failure of Learndirect in delivering quality training to apprentices whilst receiving millions of pounds of taxpayers’ money - £121 million in the 2016/17 academic year alone - is another stark example of a poorly performing contractor and poor oversight by Government and its regulators, the Public Accounts Committee has said. Learndirect Ltd’s performance on apprenticeships has been in steep decline since 2013. Learndirect failed to address its under-performance and has failed to act in the best interests of learners, a report declared.

Ofsted had concerns about Learndirect Ltd in spring 2015, yet despite the company’s 75,000 learners making it the UK’s largest commercial further education provider, Ofsted decided not to inspect until November 2016. Even then, Ofsted accepted the potential sale of part of the company as a reason to postpone its inspection and only finally inspected in March 2017.

When Learndirect Ltd found that it had been rated as ‘inadequate’, it launched a legal challenge which delayed publication of the inspection report. The judge ruled fully in Ofsted’s favour and the report was finally published in August 2017.

Too big, and too important to be allowed to fail?

The Department for Education would normally cancel an ‘inadequate’ provider’s contract and withdraw its funding almost immediately. But Learndirect threatened that such a course of action would harm its learners and jeopardise its ability to deliver other key government contracts.

The company continues to function and expects to receive over £105 million of funding from its main government contracts in 2017/18.

The Committee says this apparent special treatment clearly begs the question of whether Learndirect was too big, and too important to government, to be allowed to fail?

A Committee spokesperson said: "The Government needs to learn lessons from the failure of its contractors and particularly where a company holds contracts across several Departments, ensure it has a grip on how these companies are performing.

Committee Chair, Meg Hillier MP, said: "Outsourcing is an abiding interest for our Committee but recent events have brought concerns about the Government’s relationship with its contractors into sharp focus.

"In the case of Learndirect, thousands of learners have been let down amid poor oversight by Government and at significant public expense. There has been disruptive legal action and finally, a scathing Ofsted report. Yet still Learndirect appears to hold the whip hand.

"It expects to receive over £105 million of funding from its main government contracts for this year, a consequence of assessments made about the risk to public services should Learndirect’s funding be terminated."

Hillier continued: "It cannot be right that individual contractors should command such large sums of public money regardless of their performance. No commercial provider should be allowed to become so essential to the delivery of services that it cannot be allowed to fail."

Picture: Learndirect has again been slammed by a Parliamentary Committee

Apprentices will earn more than uni students, new FMB research reveals. Apprentices, particularly in the construction and related fields will go on to earn thousands...