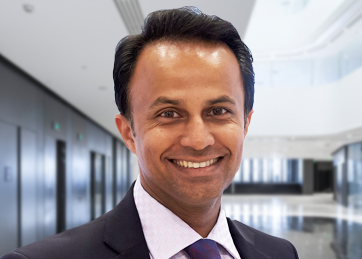 The list showcases business leaders who are breaking down barriers for ethnic minorities employed in the UK. Bungar was named number 66 in the 100 Ethnic Minority Executives 2020 list.

Against the backdrop of the global Black Lives Matter movement, Satvir has been promoting this cause within the UK facilities sector for many years. He is a strong advocate of diversity & inclusion, taking part in BDO’s graduate recruitment campaign to attract a diverse range of talent. As part of the campaign, he mentors numerous colleagues and is a member of BDO’s BAME society. Bungar is also Vice Chairman at Miss Macaroon, a social enterprise focused on diversity of thinking by improving the lives of marginalized young people.

“I’m honoured to have been recognised in this year’s EMpower list, and hope that my inclusion will inspire others to break down barriers, achieve and be the best that they can be.”

“Facilities management employers are demonstrating their commitments to improving diversity in many ways, but our story as a sector is not yet finished. Bringing different experiences and ways of thinking drives innovation, which is more critical than ever as we recover from the devastation of COVID-19.

“I’m honoured to have been recognised in this year’s EMpower list, and hope that my inclusion will inspire others to break down barriers, achieve and be the best that they can be.”

Satvir is a multi-award winning Managing Director where, as corporate adviser to Company Boards, he has completed many high profile UK and cross-border merger and acquisition transactions up to £100 million. He joined BDO Corporate Finance in 2005. Previously, he was M&A Director at a listed group and, prior to that, spent many years at Ernst & Young LLP in the Corporate Finance department. Satvir originally qualified as a Chartered Accountant with PwC in 1999.

In September 2015, Satvir was awarded ‘Professional of the Year’ at the landmark 15th annual Asian Achievers Awards 2015 which highlights the outstanding achievements and contributions of UK Asians across the business, media and community sectors.