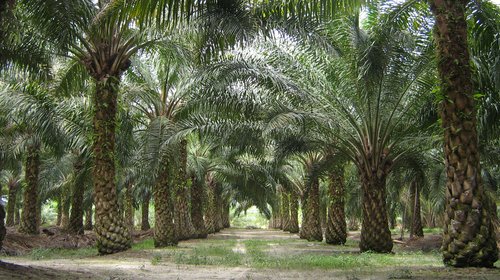 Anyone using biodiesel for their generators or for their fleets should know that increasing imports of Used Cooking Oil to the EU for use as biodiesel feedstock could have unintended and significant environmental consequences.

The NNFCC has release a new report on the 'Implications of Imported Used Cooking Oil as Biodiesel Feedstock'.

Biodiesel is a class of transport fuel which includes Hydrogenated Vegetable Oil (HVO) and Fatty Acid Methyl Esters (FAME), produced from either vegetable oils or animal fats. Intended as a replacement for fossil-derived diesel, FAME biodiesel forms a significant component of the total renewable fuels supplied in the UK. Between April 2017 and April 2018, nearly half of the 1,600 million litres of renewable fuel supplied in the UK was biodiesel.

The dominant feedstock for biodiesel consumed in the UK is Used Cooking Oil (UCO). Its utilisation as a feedstock has increased significantly within the EU. Between 2011 and 2016 there was a 360% increase in its use, rising from 0.68 million tonnes to 2.44 million tonnes in just five years.

To meet the growing demand for UCO, sourcing and importing from outside the EU is the only legitimate option for increasing supply. However, as there are no current globally agreed standards for UCO, suppliers are only required to meet the operator’s specifications, resulting in a wide variety of qualities and chemical compositions.

The current import of UCO is predominately from China, Indonesia and Malaysia. Estimates of UCO capacity and availability within these countries are inherently difficult to validate - indeed, without a proper understanding of the current volumes of waste oil generated, it is almost impossible to substantiate the Greenhouse Gas (GHG) savings associated with the feedstock. Additionally, it is difficult to assess if additional wastes and/or the use of unsustainable virgin materials is being indirectly stimulated as a result of the EU’s policy support for imported UCO.

Prior to UCO becoming a valuable commodity, it would likely have been used to feed animals. Now, it is more economic to sell the UCO and feed animals virgin palm oil. so the NFCC report continues - if the use of imported UCO is to continue, then confidence in its supply chain should be paramount. The certification process of UCO – specifically when sourced from outside the EU, where it is likely to be used as an animal feed – should be robust, helping to ensure that the feedstock meets necessary levels of traceability and sustainability.

Picture: Biodiesel for transport and for generators could be fuelling tropical deforestation.