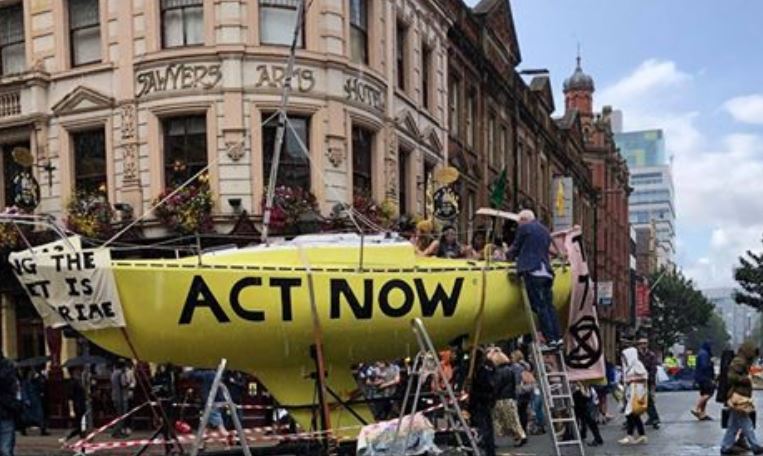 Extinction Rebellion 'occupied' Deansgate in Manchester through last weekend and in to Monday but the group's taste in generator for their music stage has not gone unnoticed.

There was super-glue as some protestors stuck themselves to buildings. And then there were workshops, talks, food, art, performances - and music.

All powered by a  by a whopping big diesel generator. A solar powered generator would have cost £8,000 to hire.

Surely, they could have got one fuelled by used cooking oil. But who knows where that comes from these days?

Extinction Rebellion will be resuming their Manchester protest at the weekend - congregating at the People's History Museum.

Deansgate is actually one of the most polluted roads in Manchester with high levels of nitrogen dioxide regularly measured there.

Claire, from Extinction Rebellion Manchester said: "Most Greater Manchester boroughs and the GM Combined Authority have now declared a climate emergency. Every policy, including transport, is now supposed to consider its effects on our climate crisis and help cut carbon emissions.

"Yet despite these statements little seems to change and we’re barely scratching the surface of the cuts we need to make. Manchester airport is still expanding and millions are still being invested in major road developments in the Manchester area.

"Unlike cities such as Edinburgh and Leeds, Manchester has not yet introduced car-free days nor will private cars be included in the forthcoming Greater Manchester Clean Air Zone."

The protest was described as the Northern Rebellion. It echoed similar events taking place around the UK outside of London, as part of Extinction Rebellion’s Rebel Rising campaign.

The uprising is being held as part of Extinction Rebellion’s preparations for its third big national action - in London from October 7.

This story is covered in brief in ThisWeekinFM's Grapevine Column. To read all the latest gossip from the sector - Click Here 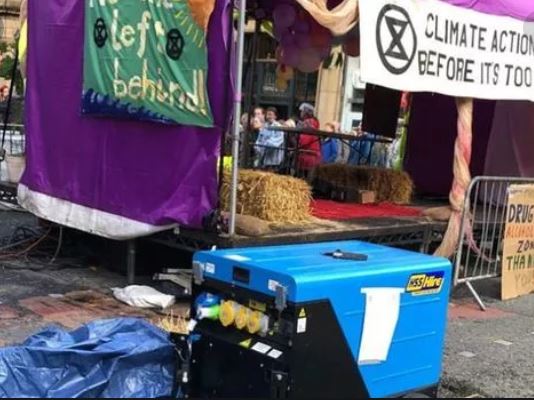