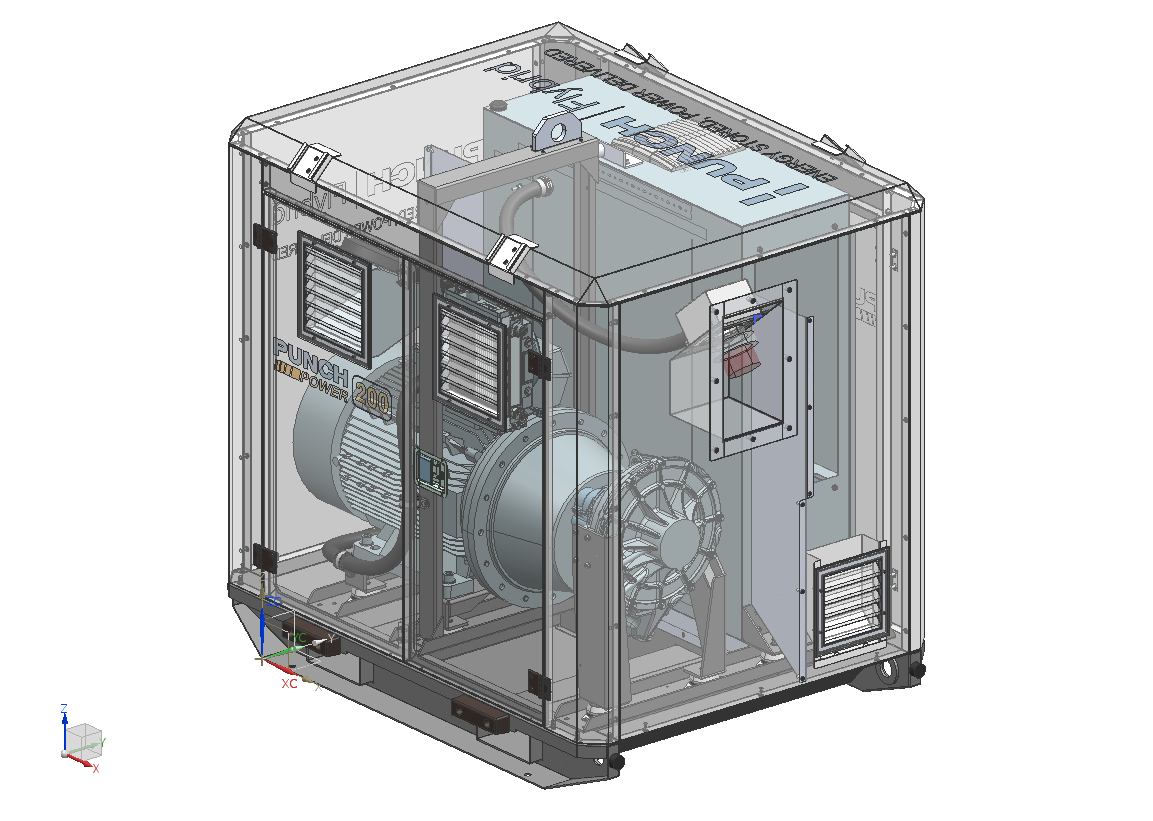 Technology that has been deployed in Formula 1 motorsport is being trialled at one of HS2’s London construction sites.

As part of HS2 Ltd’s Innovation programme, a tower crane on the railway’s Euston approaches site, that would normally be powered by a 500kVA diesel generator is instead being driven by one less than half that size.

In May 2022, the Euston trial more than halved the diesel consumption of a single tower crane to 6.3lt per hour, saving 4.8 tonnes of carbon – equivalent to the average monthly CO2 emissions of 40 family cars.

How Does the Generator Work?

Incorporated inside the PUNCH Flybrid unit, the flywheel, measuring just 35cm in diameter, is housed in a vacuum chamber to all but eliminate energy-sapping resistance that would result from contact with the air.

The technology matches the power of larger generators by using the 200kVA generator’s surplus power during the crane’s low load periods to charge the spinning flywheel to very high speeds, equivalent to a ground speed of 550mph.

The kinetic energy stored by the flywheel can then be quickly released to support the generator when the crane demands maximum power to lift heavy loads.

The UK firm’s expertise was originally deployed in F1 motorsport and was subsequently put through its paces in endurance racing, including the Le Mans 24 Hour.

Tobias Knichel, PUNCH Flybrid MD, explained how the science, developed for F1 is being applied to HS2: “In motor racing, a team’s quest for higher performance spurs the search for greater efficiency – essentially doing more with less. Racing cars typically accelerate and brake around 500 times during a 90-minute F1 Grand Prix. Each time the car brakes into a corner at high power our flywheel system spins up, storing energy which is then released quickly to boost acceleration performance as the car leaves a bend.

“We developed our flywheel technology to improve performance and efficiency at the very pinnacle of the automotive industry, but its fundamentals mean there are opportunities to deploy its benefits in other sectors. That’s why we’re very pleased to have an opportunity to utilise the technology for the construction industry under HS2’s Innovation programme.”

Picture: a diagram showing the how the flywheel unit sits inside the 200 Unit being trialled at SCS's Euston Approaches site Image Credit: HS2